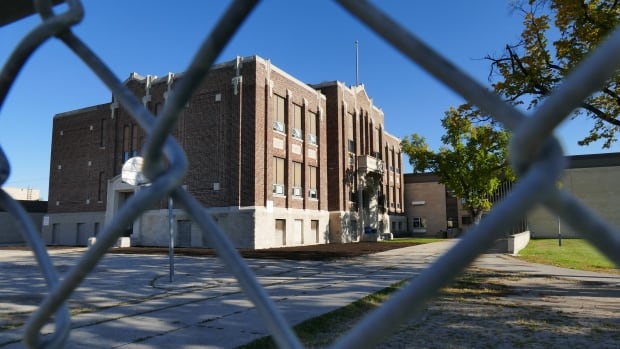 It started with coughing and sneezing for one grade seven student at John Pritchard School. Over the next two weeks, he lost his senses of taste and smell, had some shortness of breath and constantly felt tired.

He’s now one of at least 26 people linked to the school who are infected with COVID-19 — the biggest school outbreak in the province yet. The kindergarten to Grade 8 school in North Kildonan shifted about 250 students to remote learning last week, when health officials said seven cases had been identified there.

“It’s kind of scary, because all of the schools in Manitoba, you’re not expecting it to hit really hard in your school, an outbreak,” said the boy, who CBC News is not identifying.

He has some advice for parents and other students.

“As a kid, COVID-19 for kids with strong immune systems, it won’t be as bad … but it’s still a little scary. So, just keep cautious, kids,” he said.

On Sept. 11, the 12-year-old woke up coughing and sneezing. Believing he had a cold, he stayed home from school. That was a Friday.

Two days later, provincial health officials released information on a positive case at the school after a person was in the building Tuesday through Thursday of that week while asymptomatic.

The Grade 7 student got tested Monday and got his positive result Tuesday. He wonders if his exposure could have been tied to lunch hour, when all four Grade 7 classes ate together in the school gym. Although both cohorts, comprised of two classes each, were on opposite sides of the gym, he said there were still about 80 students in the room.

“Kids weren’t social distancing. They were talking without masks,” he said.

He said the buttons outside of the bathrooms were also a shared surface. Kids press them and the buttons light up to indicate a free stall, he said.d

“We’re quite interested in lessons learned,” said Dr. Brent Roussin on Thursday when asked about the school cases.

Public health officials have a “fairly good” understanding of the index case and how transmission occurred, he said. They are working with the school to better understand the outbreak

Roussin said even with the use of masks, spacing and everyone’s best efforts to follow guidelines, the challenge with this virus is that “you can’t let your guard down.”

“Young people can have very mild symptoms that sometimes can go unnoticed,” he said.

The River East Transcona School Division said it is working to ensure all public health guidelines are in place and encourages the boy’s family to speak to his school directly about concerns.

“Many of these details will be solidified closer to the date of return in conjunction with public health and what the pandemic response colour code the school will be in at that time,” Amanda Gaudes, senior communications co-ordinator, said in an email to CBC News.

The Grade 7 student said he knows of “about five” friends in his class who have also tested positive. Roussin said the overall cases have occurred in staff and students, but are primarily tied to the same cohort.

“I felt pretty ashamed … [being] that one sick kid, and that no one would want to hang around me,” said the boy.

That changed when he texted his friends and found out some of them were also positive.

“It made me feel a lot more comfortable that I know what they’re feeling and they know how I’m feeling.”

Now mostly recovered, he is spending his extra time at home playing video games and trying to do his schoolwork while staying in touch with friends. He said various COVID-19 symptoms — like losing his sense of taste and smell, having a stomach-ache, sore throat and diarrhea — have come and gone at different times.

He said “it was different” having to wear a mask around family in the house and wipe down everything he used.

His family had to get tested as well, though the boy is the only one who tested positive, said his mother.

She said her son appeared to just have a cough and cold early on, with no signs of fever or fatigue.

She’s impressed with how her son has handled everything.

“He’s actually doing really well,” said the mother, who CBC News isn’t naming. “But how do you not … you can’t even snuggle with your kid, we’re all stuck in our own rooms,” she laughed.

She hopes distancing measures are enforced within the school and on buses that transport students between schools as well, as exposures have been linked to both the John Pritchard Winnipeg Transit and River East Transcona School Division school bus routes.

While he stays at home, the Grade 7 student said he enjoys learning remotely and would prefer to do more or a blend of the two.

He hopes his story helps other people know they don’t have to be ashamed if they test positive and helps shed light on the importance of following the rules.

“Monitor your kids’ symptoms, washing your hands, wiping things down. If your kid does have it, he’ll probably survive,” he said. “It wasn’t as bad as I thought it would be.”

(6703)
(as of September 29, 2020 - More infoProduct prices and availability are accurate as of the date/time indicated and are subject to change. Any price and availability information displayed on [relevant Amazon Site(s), as applicable] at the time of purchase will apply to the purchase of this product.)

(17214)
(as of September 29, 2020 - More infoProduct prices and availability are accurate as of the date/time indicated and are subject to change. Any price and availability information displayed on [relevant Amazon Site(s), as applicable] at the time of purchase will apply to the purchase of this product.)

(as of September 29, 2020 - More infoProduct prices and availability are accurate as of the date/time indicated and are subject to change. Any price and availability information displayed on [relevant Amazon Site(s), as applicable] at the time of purchase will apply to the purchase of this product.)

This Dream Of You

(7)
(as of September 29, 2020 - More infoProduct prices and availability are accurate as of the date/time indicated and are subject to change. Any price and availability information displayed on [relevant Amazon Site(s), as applicable] at the time of purchase will apply to the purchase of this product.)

Think Like a Monk: Train Your Mind for Peace and Purpose Every Day

(1908)
(as of September 29, 2020 - More infoProduct prices and availability are accurate as of the date/time indicated and are subject to change. Any price and availability information displayed on [relevant Amazon Site(s), as applicable] at the time of purchase will apply to the purchase of this product.)