The to-do list is long and extensive for Kyle Walters and the Winnipeg Blue Bombers Football Operations Department. And much of it has a deadline of either right bleepin’ now or ASAP.

Still, when the Bombers GM met with media Monday morning for a 30-minute Zoom call there was zero hint of frustration or angst in his voice about what needs to be done to prep for training camp and in the club’s quest to repeat as Grey Cup champion.

In fact, it was much, much the opposite.

“I would say there’s less pressure internally this year and far more excitement,” Walters said. “(The outside pressure) that had built up in this organization for years and years (before winning in 2019), that’s not prevalent. But there is pressure you put on yourself every year heading into a season, like every team.

“It doesn’t feel like that this year so far. It just feels like there’s so much excitement around here that we’ve finally got the word to go ahead and it’s full speed ahead and we’re so busy getting everything organized on a quick turnaround to get training camp up and going.

“The pressure will come, I’m sure, once we start playing games but as of now it’s just excitement.”

Walters touched on a number of issues during his session. Here are the main takeaways that jumped out… 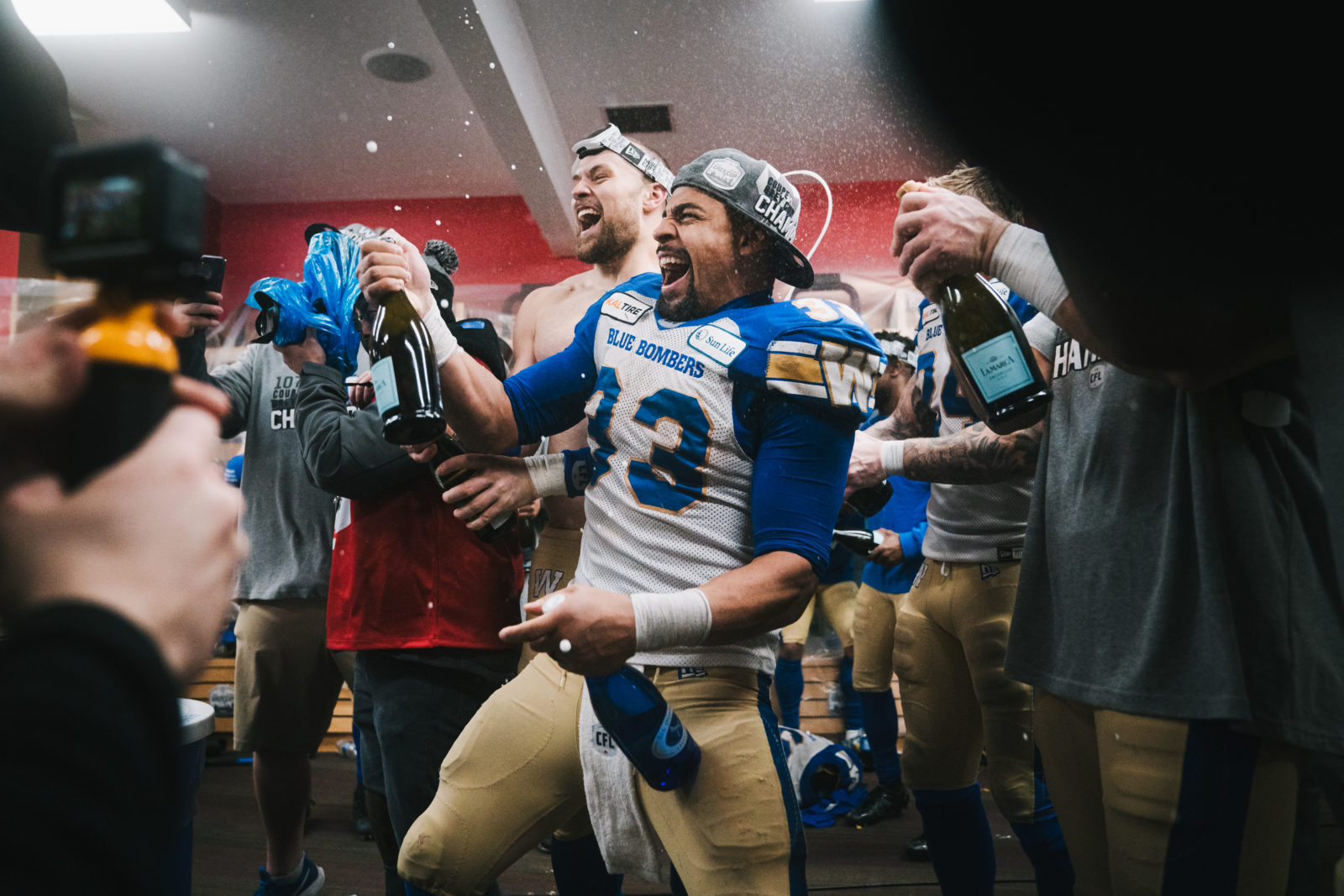 It would be naïve to think every player – veteran or fresh-faced – will roll into training camp in the next couple of weeks with their body chiselled from stone and the cardio of a distance runner. That’s one of the themes of every training camp – ‘can’t make the club from the tub’, is how hall of fame GM/coach Cal Murphy used to put it – but especially so with the players away from the game for so long.

And it came up Monday when Walters was asked what the ‘biggest unknown’ might be with his roster.

“What type of shape and how are the players going to look? It’s been 17-18 months or whatever it’s been since we saw our own players,” he said. “It’s an interesting challenge every year when you bring up your young Americans who you saw in an NFL training camp a year or two ago. That’s always the big question when we talk about our Americans. ‘All right, this is the player we saw, let’s hope he looks like the player we scouted.’ Now you’re saying that about your entire roster, not just your new Americans.

“The guys that we saw that won that Grey Cup in 2019, let’s see what they look like when they show up. That’s very, very different than in a normal year. So, that’s the most-intriguing part of our roster – getting a look at everybody and what shape are they in.”

The last year or so hasn’t been easy on Walters and the club’s football hierarchy, not just with having the 2020 season cancelled, but with approacing players under contract – or who have re-signed in free agency – about playing for less in ’21 with a reduced salary cap.

That was what Walters focussed on when asked what the challenges were in putting the current team together.

“The big one, and we talked about it around free agency, is the biggest challenge at the time with the lower salary cap was how we figure out how to bring back the pieces, the main core from that team that won the Grey Cup to give themselves a chance to repeat,” Walters said.

“Everybody was willing to chip in and buy in and do their part, I think, for the opportunity to try and win the thing again as a group. The big challenge was the tough conversation after tough conversation of the reality of the salary cap we were dealing with…. ‘This is the way we envision it. Does it work for you? And here’s our plan.’

“All the guys wanted to hear the big-picture plan – that we were indeed trying to bring as many pieces back as we could. They wanted to do it as a group again. That was the big one and the players should be commended for wanting to try again as a group.” 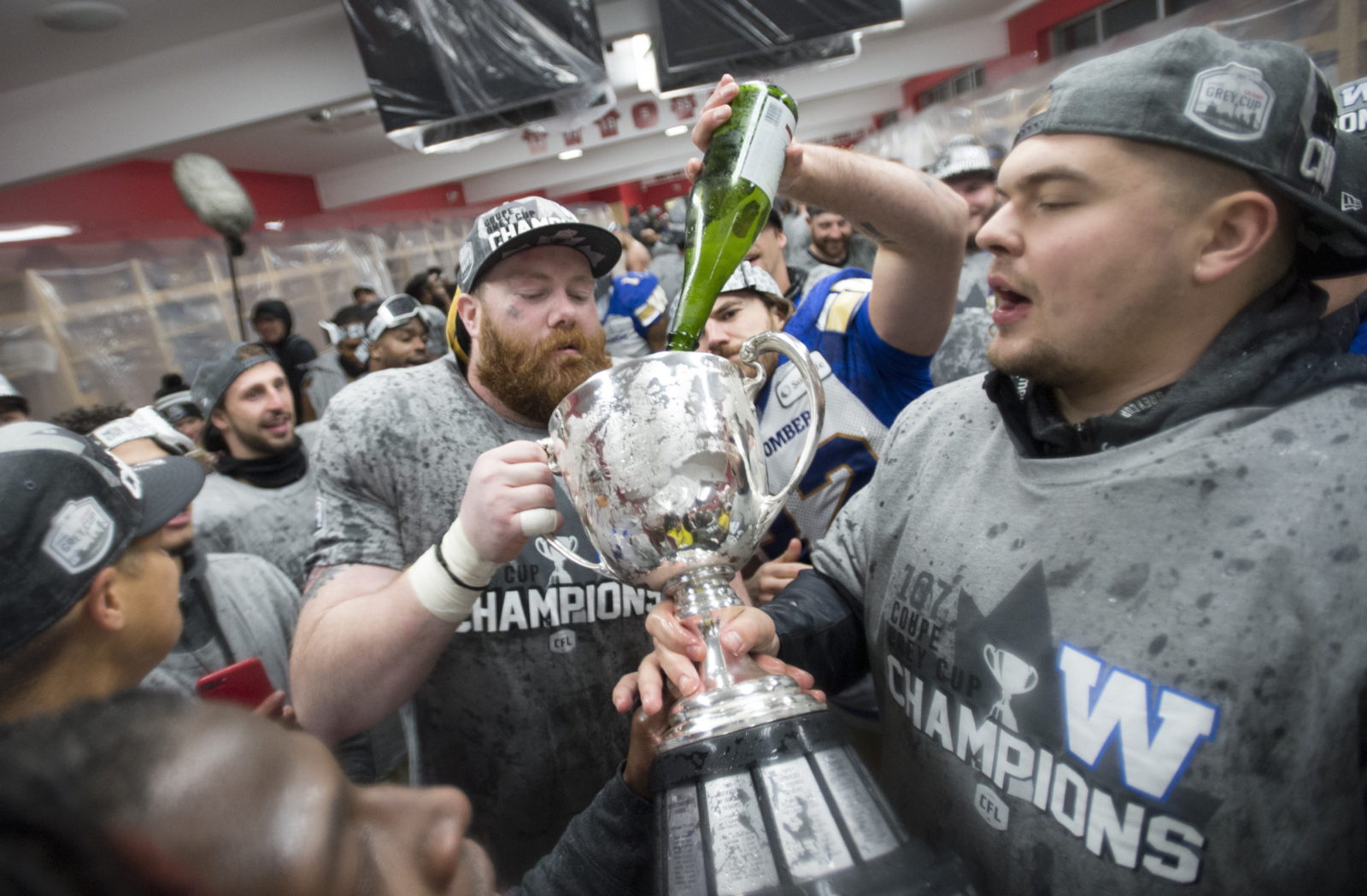 NOW STARTING IN THE SECONDARY…

The Bombers defensive backfield underwent a massive overhaul in the second half of the 2019 season, what with Nick Taylor, Mike Jones and Mercy Maston all inserted into the air defence in the second half of the season, along with Brandon Alexander shifting to safety. Couple that with the departures of Winston Rose (Cincinnati Bengals) and Marcus Sayles (B.C. Lions) and the Bombers will carry that same narrative into camp even with the addition of CFL vet Josh Johnson during the 2020 free-agent period.

“Losing Winston and Marcus, your boundary corner and boundary half who are very good football players… that’s going to be the big focal point throughout training camp,” said Walters. “To see Mike Jones slide into the boundary, Josh Johnson who’s very versatile, can he move in there? We do need to rely on some of the scouting of (Bomber Assistant GMs/talent sleuths) Ted(Goveia)  and Danny (McManus). We scout for a reason and bring up a lot of young Americans and you’re going to have to count on some of those guys to win jobs, particularly in the secondary.”

The Bombers will bring 100 players in for the start of training camp and have two draft classes to evaluate as well. There’s also this: there will be no preseason games this year.

Knowing all that, Walters was asked how a young player – be it a draft pick or a CFL rookie – might open some eyes in camp.

“First and foremost, they’re going to have to show up fit and ready to play,” he said. “The worst thing at any training camp is for somebody to show up and pull a hamstring in the first week. Without preseason games the key for these young guys is to show up and practise every practice, be fit and, Mike used the term ‘steal reps’ – so be the guy we see the most on film that’s competing. That’s the first thing and as you get more comfortable in training camp you see a growth in their productivity and their ability and their willingness to learn… you combine all that and at the end of training camp that’s the way you’ve a young guy that’s been able to make our team or win a job. It’s starts with showing up fit and doing everything the coaches ask of you.”

The Bombers, like all their CFL counterparts, are really heading into unchartered waters for camp. Not only will they be evaluating veterans who missed 2020, but most of the newcomers did not see any action last year, either.

Couple that with the new health and safety protocols that will be in place – heck, just getting players into Winnipeg from across the country, the U.S. and Europe – and that’s a whole lot of change to the usual training-camp routine.

Walters was asked if that might change the club’s expectations this year.

“The expectation this year is no different than any other year,” he said. “Yes, the parameters heading in are very different that none of us has ever gone through. But from an expectation standpoint, like all the other teams, once you step out on the field regardless of the parameters, whether it’s preseason/no preseason any of that stuff you expect to go out and win every football game you play. We believe we’re going to line up and compete, put a good product on the field and win every football game we play.

“With the uncertainty of your roster with regards to what they’re going to look like when they show up, yes, potentially there could be some more turnover based on that. It’s a big question mark. In a normal year you’d say, ‘This are the guys we saw last November when we won a Grey Cup. Six months we’re ready to roll and it’s going to be difficult for a young guy to beat out one of these guys.’ But when you factor in the fitness, the injuries concerns all of that stuff, it’s going to be a much more tumultuous training camp in regards to those types of decisions based on fitness, based on injury, based on all those things you just can’t predict from seeing guys from not seeing guys for so long.”