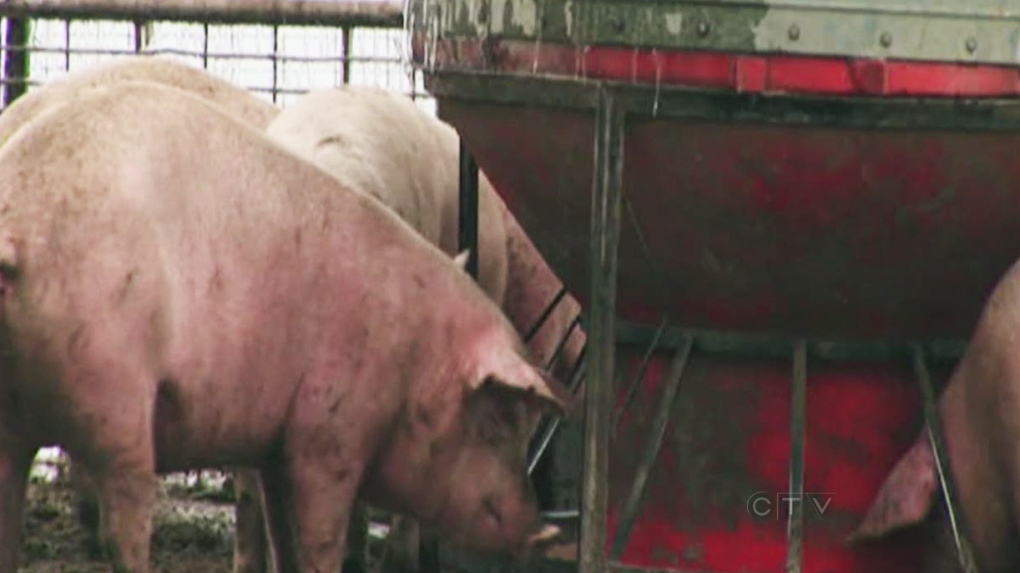 A local livestock advocate is squealing on a potential issue with pig farms.

Bill Massey has raised pigs his entire life. While he only keeps a few on his homestead now, it’s a passion that led him to join Hog Watch MB.

“I think we need to start to thinking about what we’re doing and long-term, and it’s being forced upon us, of course, by climate change,” said Massey.

Hog Watch MB is raising concerns over how pig waste is handled. The group says liquid manure systems used in many hog barns are leading to waste worries.

“We need to have smaller numbers of animals in straw-based barns. Then their manure does not run off the land nearly as easily,” said Vicki Burns, who is a member of Save Lake Winnipeg Project and Hog Watch MB

Hog barns used to be banned from being built on flood plains in Manitoba, but the province repealed that decision in 2017.

“Some of the blue-green algae contains dangerous toxins,” said Burns. “It’s really important. It’s happening in a lot of places around the world, and we have to do whatever we can to slow that down.”

In a statement to CTV News, Manitoba Pork said pork producers are working to ensure the long-term sustainability of hog farming for generations to come.

“Farmers are required to develop and follow manure management plans based on current soil tests and the nutrient requirements of the crop that is to be planted. Significant strides have been made in terms of manure management, and manure represents a valuable organic fertilizer,” read the email statement.

Manitoba Pork noted that 90 per cent of manure in Manitoba is injected below the soil, where it is not subject to runoff.

It added Manitoba’s regulatory framework prohibits producers from applying manure to fields when they are frozen or inundated with water.

Even with the precautions, Massey said he’d like to see more changes for both the environment and animals’ sake.

“We want to see a viable, healthy pork industry in this province but we can’t continue this way because of the damage to the environment is unacceptable,” he said.

CTV News reached out to the Agriculture Minister’s office. It said it’s looking into the issue and is working on a statement.