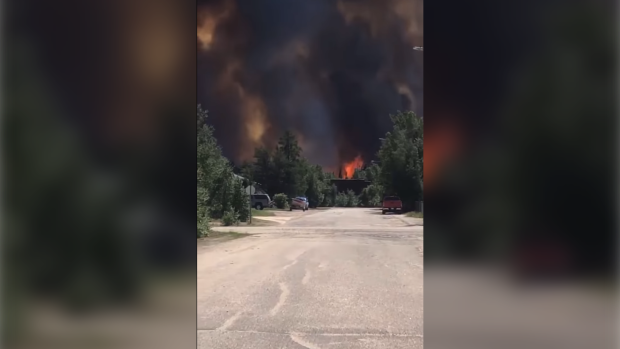 LYNN LAKE — A state of emergency has been declared in Lynn Lake due to a large wildfire that is threatening the community.

He said a state of emergency had been declared in the town and, as of late Friday, about 50 to 75 people had been given shelter elsewhere in the community.

Manaigre added the local fire department was working to get the fire under control.

A video posted to Facebook on Friday showed flames and a large plume of dark smoke.

There was no word Friday night on how or when the fire started or if anyone had been injured.