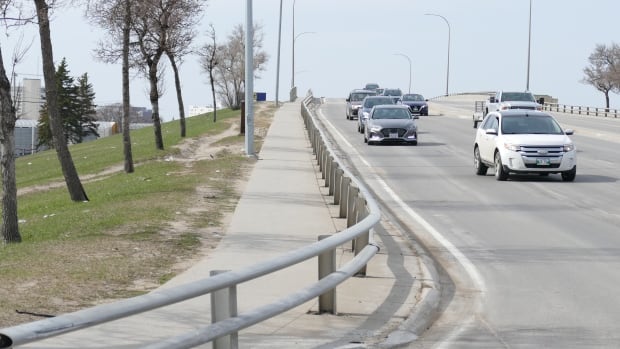 A man is in critical condition after police travelling over a north Winnipeg bridge found him injured on Friday night.

A general patrol police unit going over the Slaw Rebchuk Bridge on Salter Street around 10:30 p.m. found the man near a sidewalk, the Winnipeg Police Service said in a Saturday morning news release.

Winnipeg police spokesperson Const. Jay Murray said Saturday morning he believed the man was found on a sidewalk adjacent to the bridge.

Officers gave emergency medical care to the injured man, who was taken to hospital in critical condition, the release said.

Police had shut down the bridge by 10:44 p.m. Friday, and reopened all but the east side footpath by 6:20 a.m. Saturday, according to tweets from the Winnipeg Police Service’s account. Shortly after noon, police tweeted that footpath had also been reopened.

Anyone who was travelling on the bridge before the incident and has video footage from a dashcam or other information that could help is asked to contact major crimes unit investigators at 204-986-6219.