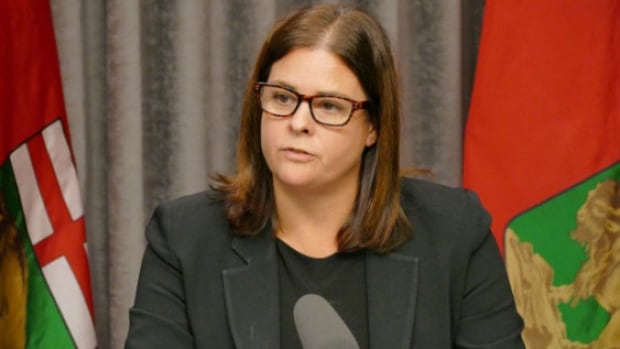 Manitoba says it is delaying an end to a practice that allows hospitals to notify child-welfare agencies about new mothers who are deemed to be high risk.

Families Minister Heather Stefanson says the province is intent on responding to the spread of COVID-19 and now is not the time to implement a broad change.

She says in an email that ending birth alerts would put additional pressure on the health-care system.

Provincial statistics show that newborn apprehensions occur, on average, once a day in Manitoba.

There are about 10,000 children in care in the province and about 90 per cent are Indigenous.

Stefanson, saying the practice would be discontinued in April, announced the phaseout of birth alerts earlier this year.

At the time, she said a review showed that birth alerts were discouraging expectant mothers and families from reaching out for prenatal support.

The government said that from April to December of last year, 281 birth alerts were issued. There had been about 500 alerts annually in previous years.

“We did not make this decision lightly, and I want to assure Manitobans that we will proceed with our plan to end birth alerts as soon as it is safe and feasible to do so,” Stefanson said in her emailed statement Thursday.

“In the meantime, we will continue to work with authorities and agencies to help ensure at-risk moms and families are connected with resources, information and support, while limiting the use of birth alerts to the greatest extent possible.”

The national inquiry into missing and murdered Indigenous women and girls called for an end to birth alerts. The Assembly of Manitoba Chiefs, the Southern Chiefs Organization and Manitoba Keewatinowi Okimakanak, which represents northern Manitoba First Nations, echoed the demand.

First Nations say child welfare and, in particular, birth alerts are stacked against Indigenous families. A video last year was shared online showing a newborn being removed by police and social workers from a crying Indigenous mother.

British Columbia announced in September that it was ending the practice.

First of the month: Tenants scramble to pay rent during COVID-19 pandemic