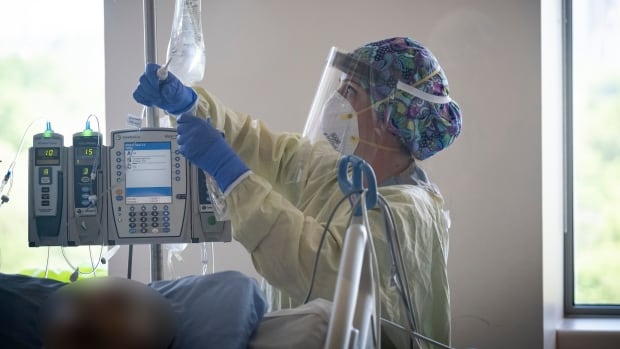 Manitoba’s chief public health officer and chief nursing officer are set to give the latest details on COVID-19, a day after the province reported its highest one-day increase in deaths related to the illness.

Half of Manitoba’s record-breaking 16 COVID-19 deaths announced on Tuesday were linked to outbreaks, including three from Holy Family Home in Winnipeg.

It has now been three weeks since all of Manitoba moved to the critical red level of the province’s pandemic response system.

Premier Brian Pallister said on Tuesday his “gut feeling” was that those restrictions would likely be extended past the expiry date of Dec. 11 — though he said he would defer to Roussin, who said later that day that it’s still too early to say.

Meanwhile, accused COVID-19 rule breakers were fined more than $180,000 in the last week, the province said on Tuesday.

About one-fifth of those tickets were related to gatherings larger than five people. Springs Church in Winnipeg was handed four fines totalling $20,000 for holding a drive-in service last weekend, data from the province says.

A new benefit announced Wednesday morning will allow Manitoba doctors who are forced to self-isolate because of COVID-19 to be compensated for their sick time away from work. The province has also signed a pay agreement that will allow nurses to be shifted to priority areas during the pandemic.

Education Minister Kelvin Goertzen is expected to give an update about the province’s plans for the winter school break at a news conference later Wednesday afternoon.

Health officials previously acknowledged Manitoba was considering extending that break, in anticipation of a rise in COVID-19 cases over the holidays.

On Tuesday, the province’s largest school division rehearsed for a switch to remote learning if schools are forced to shut down again because of COVID-19.