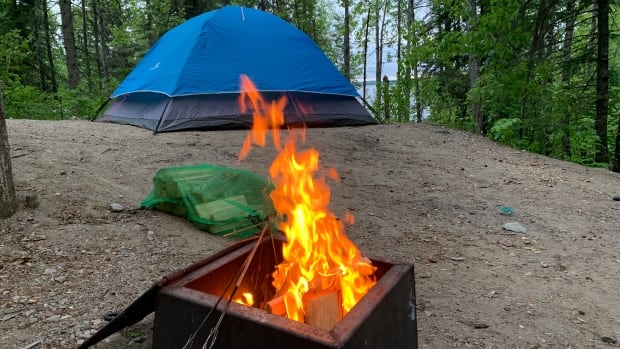 Manitobans hoping to head out camping this May long weekend should double-check their booking reservations before hitting the road.

The province announced more travel advisories and campground, hiking trail and canoe route closures Tuesday, some of which will be in effect this coming weekend.

In the west, travel isn’t advised in Duck Mountain Provincial Park, and that also applies in the east to Nopiming due to road washouts. Camping, canoe routes and backcountry sites are closed in each of those parks, as well as in Manigotagan River Provincial Park.

There are closures in effect for Whiteshell Provincial Park also, including partial closures at some sites in at Nutimik Lake, Opapiskaw and Otter Falls campgrounds, which will be closed until May 27 due to flooding.

Boat restrictions are also in place in Whiteshell and Nopiming to guard against shoreline erosion amid flooding. Recreational boat traffic is not allowed within 100 metres of shorelines, the province said, and boaters should move straight out from shore when casting off and avoid creating wake activity.

Numerous boat launches in Whiteshell are closed, and the province warns boaters to be aware of floating debris on all lakes in the park.

Provincial parks not listed are expected to remain open for May long weekend, the province said, though campers should expect the possibility of some service disruptions that could impact water lines. Campers should pack enough water just in case.

Campers are asked to carefully monitor the provincial parks website for updates on park closures.