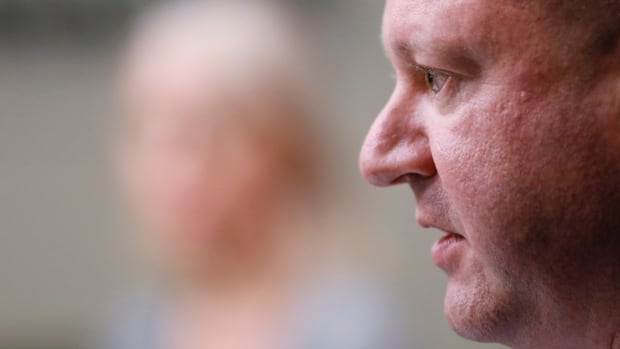 As Manitoba nears 250 deaths linked to COVID-19, the province’s chief public health officer and chief nursing officer are set to give their daily update on the illness.

Roussin urged Manitobans on Tuesday to reflect on the stunning loss of lives the province has experienced in a short time. He announced 12 more deaths linked to COVID-19 on Tuesday, which brought the province’s total fatalities to 248.

Roughly half of Manitoba’s total COVID-19 deaths happened in the last two weeks — as of Tuesday, 125 people with the illness had died since the province was moved to the critical red level of the pandemic response system on Nov. 12.

The province also announced its highest daily increase in new COVID-19 cases this week, with 546 more posted on Monday.

That update marked the first time cases announced in a single day in Manitoba surpassed 500. It also brought the number of cases identified since the start of the pandemic past 14,000, meaning one in every 100 Manitobans has now contracted the illness.

Premier Brian Pallister on Tuesday urged Manitobans to forgo holiday gatherings with people they don’t live with this year because of the province’s high COVID-19 numbers.

Pallister said he could not predict whether the current ban on gatherings between households would still be in effect by then, but encouraged people to find other ways to connect with their friends and family.

A day earlier, Pallister announced a slew of expensive tickets given out to people breaking public health orders as the province works to crack down on rule breakers. In the previous week, Manitoba issued nearly 100 tickets that totalled more than $126,000, Pallister said.

The latest tickets handed out in Manitoba included two given to a rural church minister, who was slapped with fines totalling nearly $2,600 for going to a protest against COVID-19 restrictions and being at an in-person religious service.

Meanwhile, delays in contact tracing persist in Manitoba, CBC News learned earlier this week, despite claims Pallister made last week to the contrary.