You Are Here Home news Memorial garden for people lost to overdose, addictions to be place of healing for loved ones

Nicole Last can still remember how her brother, Jessie, would drive by her working in the park along Waterfront Drive, honking and waving to her as he passed.

Now, the City of Winnipeg gardener will help care for a memorial garden in the same spot, dedicated to the spirit of her brother and others who died from addictions and overdoses.

“I remember seeing him in this very garden,” Last said Tuesday, standing in a flowerbed in Stephen Juba Park. She’ll be the head gardener caring for the space. “He would understand that this represents me, and he’d be proud.”

Last’s brother Jessie died in July 2014. Since then, their mother, Arlene Last-Kolb, has dedicated herself to advocating for Manitobans fighting addictions. The garden, part of the City of Winnipeg’s Adopt-a-Park program, is another piece of that effort. 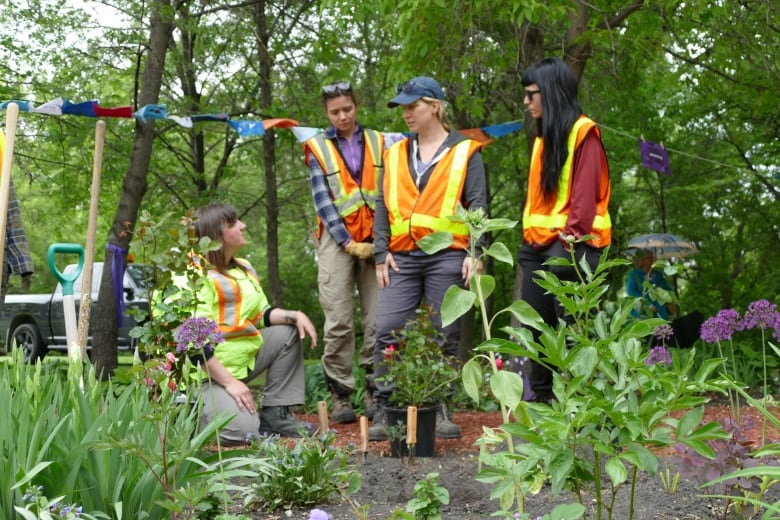 Nicole Last, left, will be the head gardener at the memorial garden on Waterfront Drive. Here, she’s seen with other City of Winnipeg gardeners. (Angela Johnston/CBC)

“This garden here on Waterfront is important to me, because I wanted it by the Human Rights Museum,” Last-Kolb said Tuesday. “I believe that someday our children will be in that Human Rights Museum for a generation of lost people gone too soon.”

The Adopt-a-Park program brings volunteers together with the city to help care for green spaces in the city. Last-Kolb said she wants this one to be a peaceful place for families who lost loved ones to come and reflect. 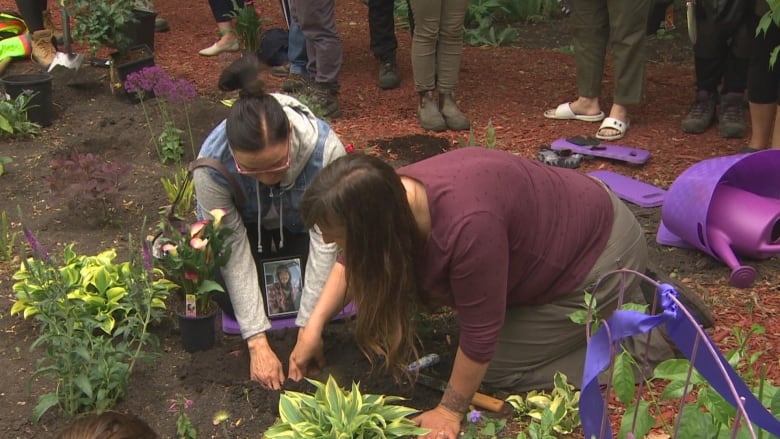 Toka Jayko and Nicole Last plant together in the memorial garden on Waterfront Drive. (Gary Solilak/CBC)

“There’s so little now that we get to do for our children. We don’t get to buy things for them anymore,” she said.

“Having a garden and being able to be a part of planning it and putting these plants in, coming back and seeing them grow, is going to be good for us. It’s going to be healing.”

Toka Jayko was one of the parents who came to help plant the garden Tuesday. She lost her son, Wayne Ottewell, to a fentanyl overdose in December 2018. 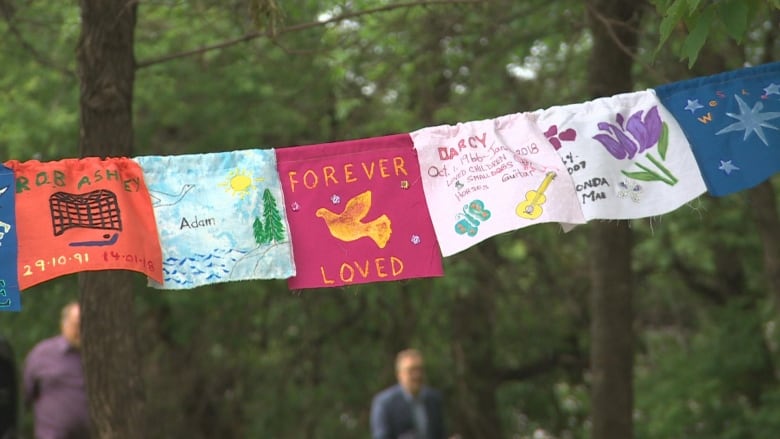 The garden is part of the city’s Adopt-a-Park program. (Gary Solilak/CBC)

“He had just turned 30. He was very kind, very sweet and thoughtful, artistic. Just real loving,” she said. “He was so smart and I miss him so much. Some days it just hurts to breathe without him.”

Jayko said she hopes the garden raises awareness in the public about addiction, and helps break the stigma surrounding it.

Last said she’s hoping to see a granite memorial put in the garden, with names of lost loved ones and the dates they were born and died. She believes it will shed light on how young many victims of overdose are.

“We never thought we’d lose my brother. And it went so fast, and I tried, I tried so hard,” she said.

“Be kind, Winnipeg. This is a hard struggle.”