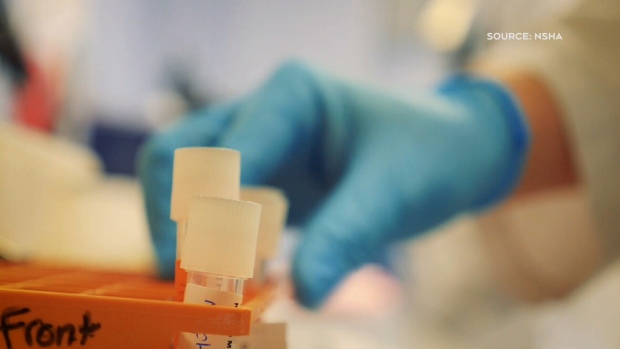 WINNIPEG — More than 300 new COVID-19 cases have been identified in Manitoba.

While there were no COVID-19 deaths reported on Tuesday, the province added 329 new COVID-19 cases to its total. The infections bring Manitoba’s total so far in the pandemic to 42,779, including 3,837 active cases and 37,945 recoveries.

One case was removed from the total due to a data correction.

The province has a five-day test positivity rate of 12 per cent.

Winnipeg continues to have the highest number of active cases in Manitoba. On Tuesday, the region reported 235 new cases, and a five-day test positivity rate of 14.2 per cent. Winnipeg has 2,764 active cases.

The other cases reported on Tuesday include:

The number of people who have died with COVID-19 in Manitoba remains at 997.

The province said 2,920 laboratory tests were completed on Monday, bringing the total number of tests done since early February 2020 to 701,643.