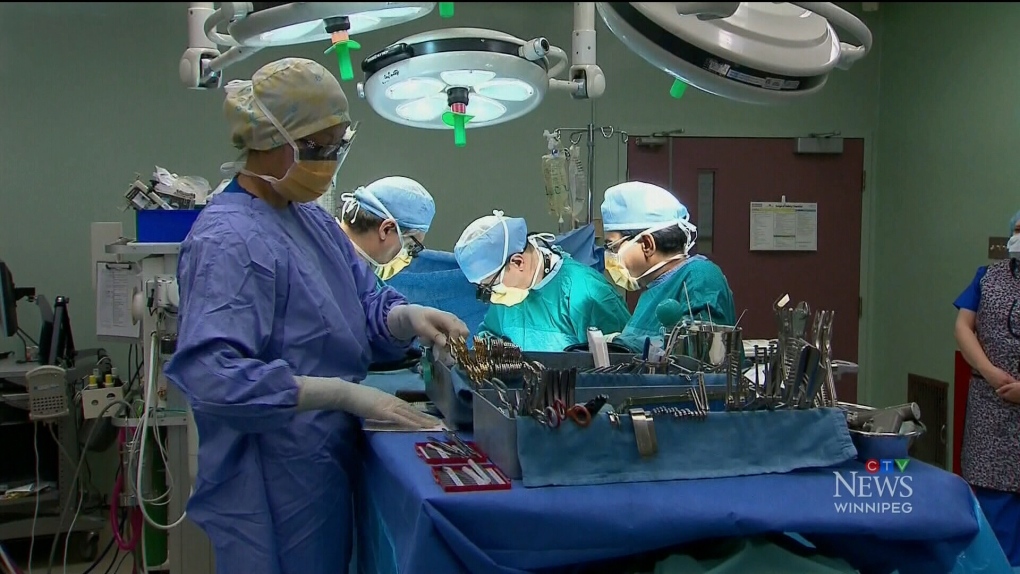 The new leader of Manitoba’s Diagnostic and Surgical Recovery Task Force says progress is being made to cut back the pandemic surgical backlog, however provincial data shows waitlists are increasing for ultrasounds and MRIs.

On Thursday, former Interlake-Eastern Regional Health Authority CEO David Matear announced he would be taking over the task force’s helm as the new provincial executive director.

“My vision for the taskforce is that we make measurable progress on addressing backlogs that resulted from the pandemic, while also contributing significant improvements to the health-care system,” Matear said, adding he has been in the new role since last week.

Matear said the task force has received dozens of proposals aimed at reducing this backlog and is currently working through them.

He said last month, eligible patients began travelling from Manitoba to Sanford Health in Fargo for specialty spine services. As of Thursday, Matear said 15 patients have received care through this initiative, with several more patients scheduled to make the trip.

Additionally, he said the fecal immunochemical testing (FIT) began as of last week. This allows doctors to refer patients with lower risk of colorectal cancer to FIT testing, which Matear said will help reduce the number of follow-up colonoscopies by at least of 10,000, accounting for about 10 per cent of the backlog.

He said the taskforce has received dozens of proposals aimed at reducing the backlog and is currently working through them.

He said the goal is to bring surgeries back to 100 per cent of the pre-pandemic level.

“The more we get to that 100 per cent level, the slower the backlog will increase.”