There were fishing expeditions and weekends at the cottage. There were sojourns to Sin City and some healthy sessions of just chillin’ right here in River City.

And now, fresh from their first bye week after 10 straight games, the Winnipeg Blue Bombers are hoping to find their edge again for this Thursday’s home date with the Calgary Stampeders and beyond.

“It’s something that Osh (head coach Mike O’Shea) challenged us after the game (the 20-17 overtime loss to the Montreal Alouettes) and everybody had it in the back of their heads,” said quarterback Zach Collaros after the club returned to practice Sunday afternoon. “As the season continues on and toward the stretch run I think it’s almost imperative for guys to find out what it is – is it something mentally, is it something physically, something you’re doing at home, getting extra sleep… all those different things. How are we going to get one percent better every single day. That’s something we take seriously here and there was definitely a reminder before we left.

“We do our best, even after wins, to say we need to do ‘x’, ‘y’ or ‘z’ better,” he added. “So, I hope that’s not something we had to recognize from just losing a game. Maybe it’s just a refresher, especially for the young guys, that there’s a lot of parity in this league. You need to go out there and make your plays when the plays are there because anybody can be beat. Sometimes you need to be hit in the mouth to be reminded of that.” 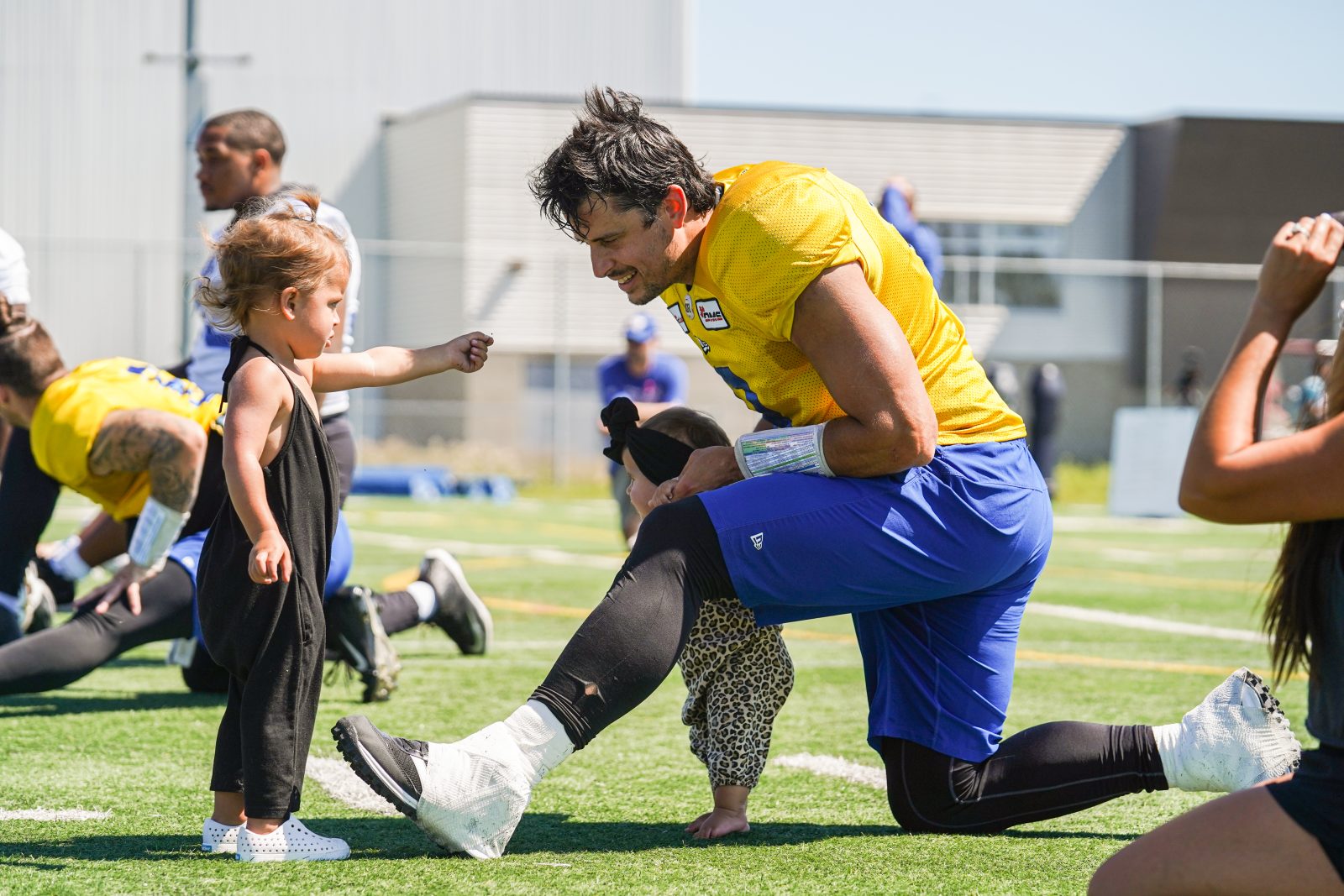 The Blue Bombers, even with the loss to the Als, are in a good spot as they regroup. Their 9-1 record is best in the Canadian Football League and two points up on the 8-1 B.C. Lions – the only team to beat the Leos this year – while they’ve already won the season series against the Stampeders, who hit the halfway mark of their season at 6-3.

The Lions also got some tough news on Sunday when the club announced star quarterback Nathan Rourke has a Lisfranc sprain in his foot and will need surgery that will keep him out for what the club called ‘a return late in the season.’

That news will have piqued the interest of those in Bomberland, but the collective focus is more on righting some of the wrongs that popped up in the loss to the Alouettes.

“We’re in good spirits, really good spirits and ready to get back to football after the week off,” said defensive end Willie Jefferson, who said he spent his bye week setting up their house for the impending arrival of a second child with his wife Holly next month. “We’re anxious to get back in front of our fans to play some Bombers football and ready to get in the win column. We had a sour taste in our mouth after the loss and the way we lost. Guys aren’t holding their heads down or anything like that.

“We are a good team. That’s something Coach O’Shea kept telling us before the bye week and after we came back. We just need to play our football and when we get our opportunities to put teams away, we need to make plays and not take anything for granted.” 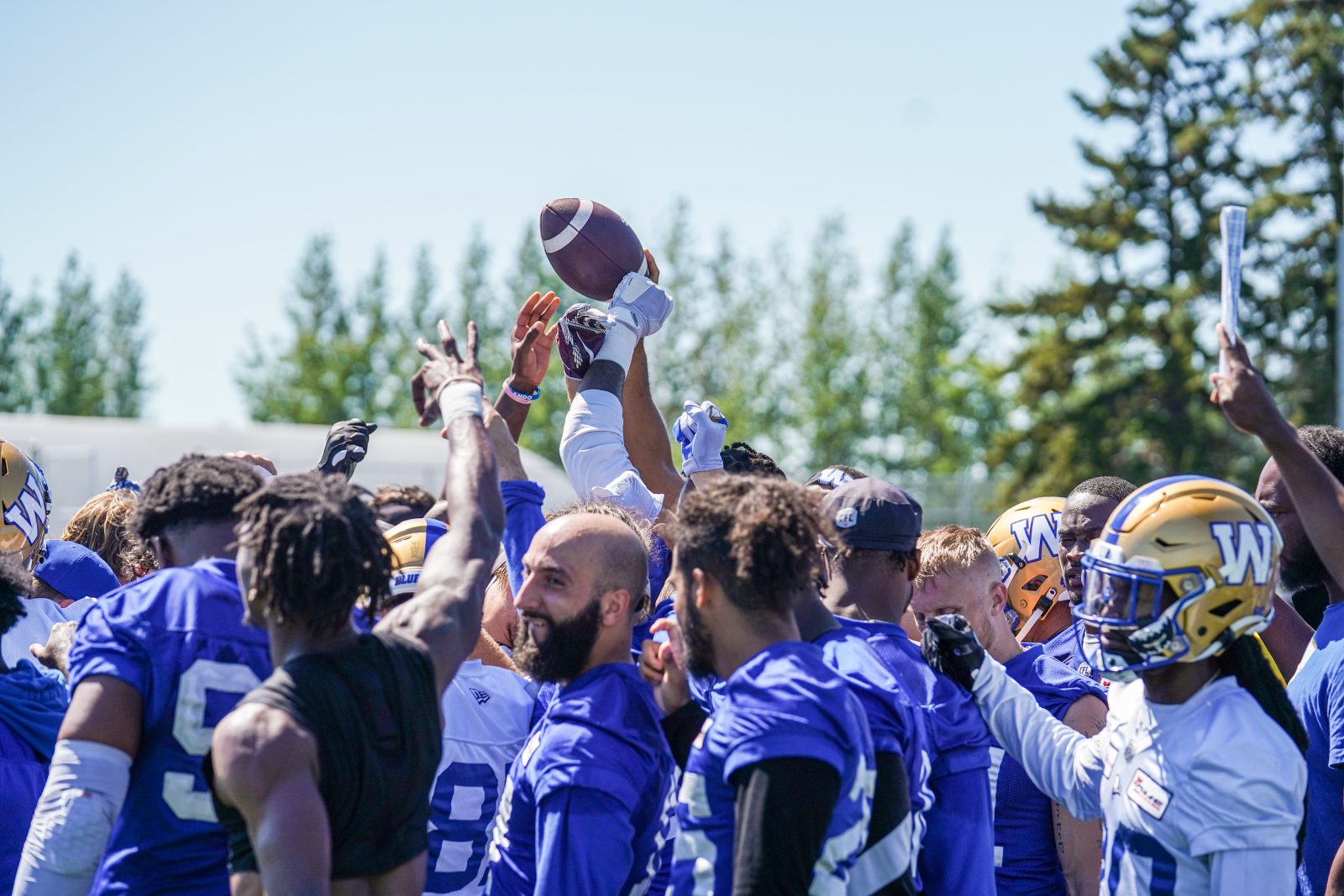 Having survived the gruelling first chunk of their schedule, the Blue Bombers will be at home for five of their final eight games. Included in the second half are two more bye weeks – in Week 16 at the end of September and in Week 20 before the regular season finale at home against the Lions.

“Bye weeks can be a blessing in disguise sometimes,” said slotback Nic Demski, who headed to Las Vegas with his girlfriend during the bye. “When you’re on a roll and having a good season obviously you want to keep playing and keep playing. At the same time, byes are a necessity to come in with a clean slate… you even miss the boys. It’s good to be back together again and share some stories.”

“For coaches, honestly, what I’ve found is even if you can salvage an hour at the end of the dock midseason it’s worth a week. Each coach is going to have their own idea of what they need to be refreshed. I’m pretty sure the guys accomplished that.” 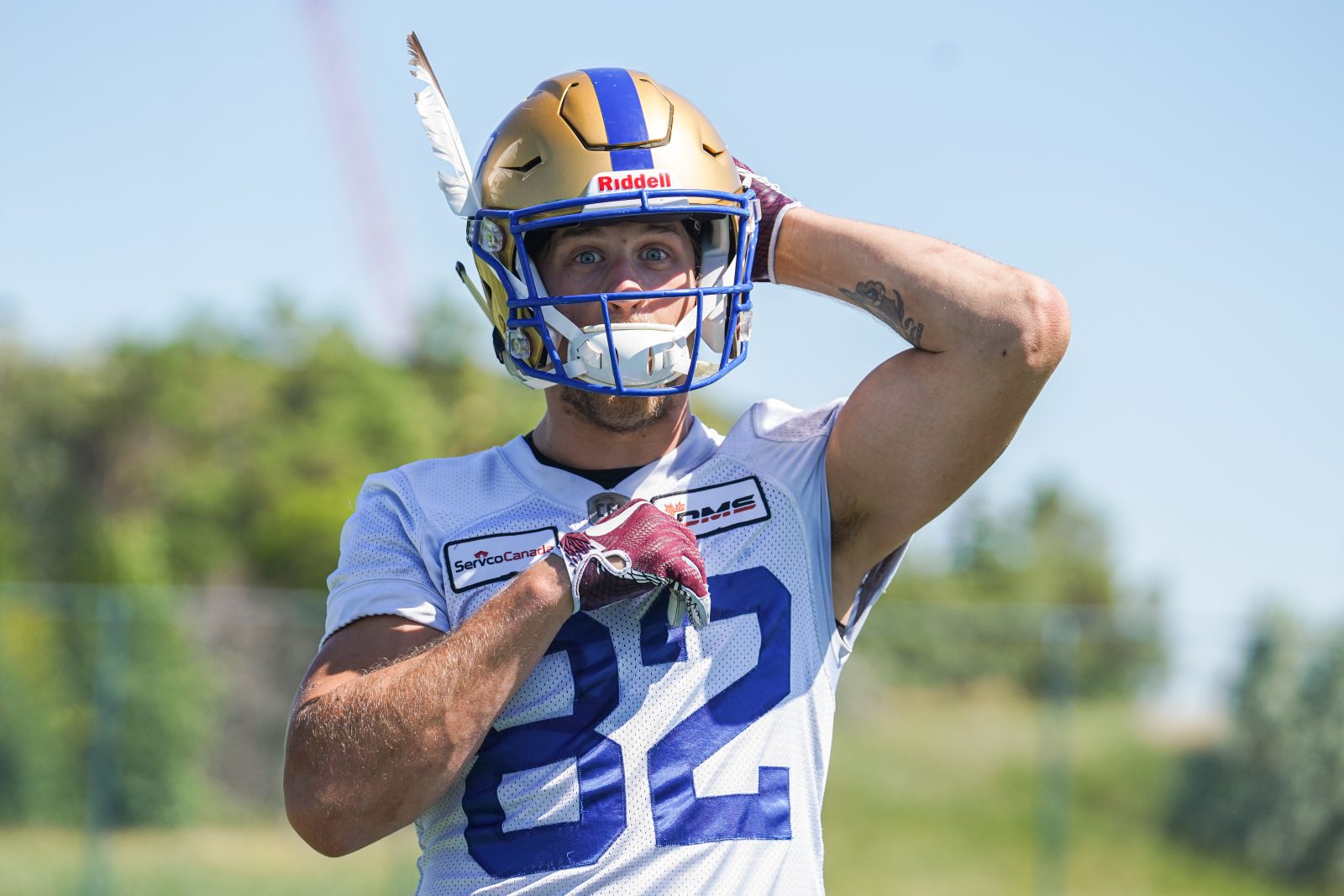 O’Shea was asked Sunday where his confidence level was with Marc Liegghio, who missed his last two kicks in the loss to Montreal, and offered a one-word answer: “High.”

Liegghio said he escaped to a cabin for the first weekend after the bye and then spent chunks of the rest of his week working out and getting kicks in at the stadium.

“That was always the plan. No matter what the outcome of the game was I was going to use the week to regroup and come back to this week and get back to the grind,” said Liegghio.

“We have a 24-hour rule – for 24 hours you can be bad and then after that you’re done, you can’t keep it with you for the rest of the week or else your week’s going to suck or you’re going to bring it to the next game. So, after 24 hours yeah I was mad, but this week’s this week. We’re playing Calgary. Fresh game. Fresh start.”

Both Alexander and Hallett did some hard running along the sidelines as practice opened, but there is still no timeline for their potential return.

ICYMI: Alexander did speak about his recovery and the process of rehab here.

(6710)
$23.00 (as of October 2, 2022 10:47 GMT -05:00 - More infoProduct prices and availability are accurate as of the date/time indicated and are subject to change. Any price and availability information displayed on [relevant Amazon Site(s), as applicable] at the time of purchase will apply to the purchase of this product.)

(11007)
$18.09 (as of October 2, 2022 10:47 GMT -05:00 - More infoProduct prices and availability are accurate as of the date/time indicated and are subject to change. Any price and availability information displayed on [relevant Amazon Site(s), as applicable] at the time of purchase will apply to the purchase of this product.)

$10.00 (as of October 2, 2022 10:47 GMT -05:00 - More infoProduct prices and availability are accurate as of the date/time indicated and are subject to change. Any price and availability information displayed on [relevant Amazon Site(s), as applicable] at the time of purchase will apply to the purchase of this product.)

(448)
$21.99 (as of October 2, 2022 10:47 GMT -05:00 - More infoProduct prices and availability are accurate as of the date/time indicated and are subject to change. Any price and availability information displayed on [relevant Amazon Site(s), as applicable] at the time of purchase will apply to the purchase of this product.)

(50165)
$41.99 (as of October 2, 2022 10:47 GMT -05:00 - More infoProduct prices and availability are accurate as of the date/time indicated and are subject to change. Any price and availability information displayed on [relevant Amazon Site(s), as applicable] at the time of purchase will apply to the purchase of this product.)