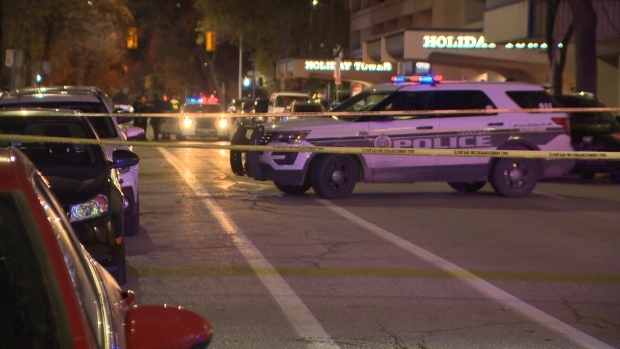 WINNIPEG — Emergency responders in Winnipeg may be getting hurt more often at work.

“It’s very concerning because these are the men and women that put their lives on the line for us every day,” said Winnipeg Police Board Chair Kevin Klein. “They’re battling there at the forefront of the meth crisis that we’re facing.”

A third-quarter update to the Winnipeg Police Board lists several risks to the year-end budget forecast. One of them says officers are being called in to cover for colleagues getting injured on the job.

“(The) Use of callouts/callbacks to maintain minimum staffing as a result of an increase in member injuries sustained during work hours may impact the budget,” said the report.

Winnipeg Police Association President Moe Sabourin said increased call volumes, where officers are rushing from scene to scene, could be a factor.

“When you have increased calls where intensive physical activity is required that’s when you see some of those injuries,” said Sabourin.

But Sabourin says a lot of absences are trauma-related, as officers deal with the city’s violent crime problem.

“We can’t forget about the horrible things that some of our members are seeing right, those things that they will never be able to unsee have a long-lasting effect on those members,” said Sabourin.

The Winnipeg Police Service sent a statement to CTV News:

“It’s not uncommon for injuries and sick time to fluctuate from year to year. Making a direct correlation to calls for service and the violence that officers encounter is difficult to do.”

The Winnipeg Fire Paramedic Service had a half-million-dollar over expenditure for salaries in 2019, mainly related to WCB claims and overtime to cover off long-term absences.

Chief John Lane says it’s a combination of psychological injuries, an aging workforce, and members dealing with the meth and illicit drug crisis on the streets.