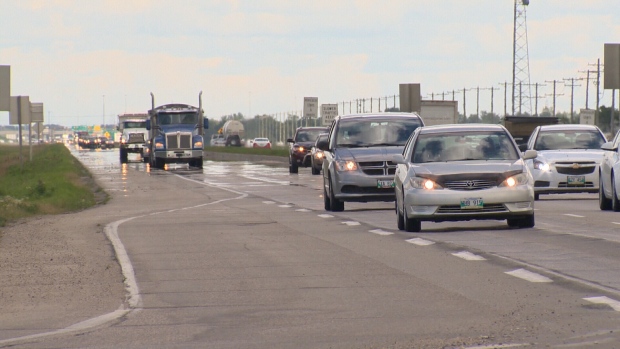 The province announced up to $2.5 million in funding for the project on Tuesday. The project will include construction of the new Rockall Road and will facilitate the closure of Caron Road. That road has direct access to the Perimeter, which has been identified as a safety issue in the 2018 South Perimeter Safety Plan.

“This project will not only support the South Perimeter Safety Plan, by improving safety in closing un-signalized access points on the Perimeter and eliminating unprotected cross-traffic and unprotected left and right vehicles, it will also improve traffic flow,” said Schuler.

When complete, the Rockall Road in the R.M. of Headingley will provide two accesses for businesses and landowners to the South Perimeter via Wilkes Avenue and Roblin Boulevard once Caron Road is closed.

The R.M. of Headingley is also putting up $2.5 million for the project. The municipality will oversee construction and have full ownership of the road between Roblin Boulevard and Wilkes Avenue when construction has finished.

“Once completed Rockall Road will enhance economic opportunities for Headingley and the capital region,” said Mayor John Mauseth of the R.M. of Headingley.

Mauseth noted the municipality supports the South Perimeter Safety Plan, and is grateful the province allowed Caron Road to remain open to allow access to local business along the road until a workable solution can be found.