Organizers say the 2019 North End Block Party was the largest turnout ever with close to 1,000 people attending. (Ahmar Khan/CBC News)

Through a shared love of hot dogs, cotton candy and a bouncy castle, a youth organization in the North End is trying to counter negative stereotypes about their community.

“I think we just want to show that at the core there’s some really, really good people in the North End,” said Andrew Braun, Marketing Manager at Inner City Youth Alive, who organized the event. “People who love their community, care for their community and are working hard to see their community get better and do better.”

Braun said it was a record-breaking turnout, with nearly 1,000 people at the 15th annual North End block party, which highlights the positives of their community.

The party shut down Aberdeen Avenue between Salter Street and Powers Street and featured live music, paired with a discussion about increasing violence in the neighbourhood.

The party gave people a safe space for families to get together, amidst heightened concerns about meth use, vandalism and gun violence. 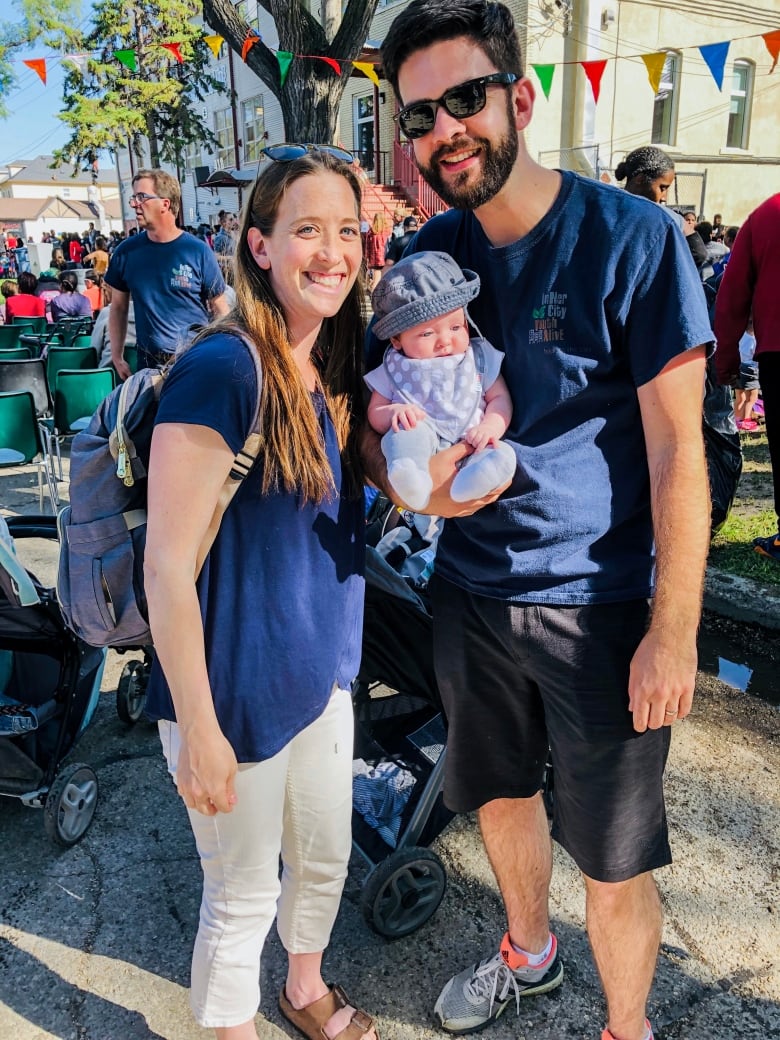 “The community often gets a bad rap, and it does have its challenges… at its core is just a small town,” said Braun.

The trick for Braun was getting families to come out and engage, but with attendance at an all time high, he said there is optimism for change in the future.

“Once everyone is out here it’s just a place where kids are laughing, having fun… families are reconnecting.” 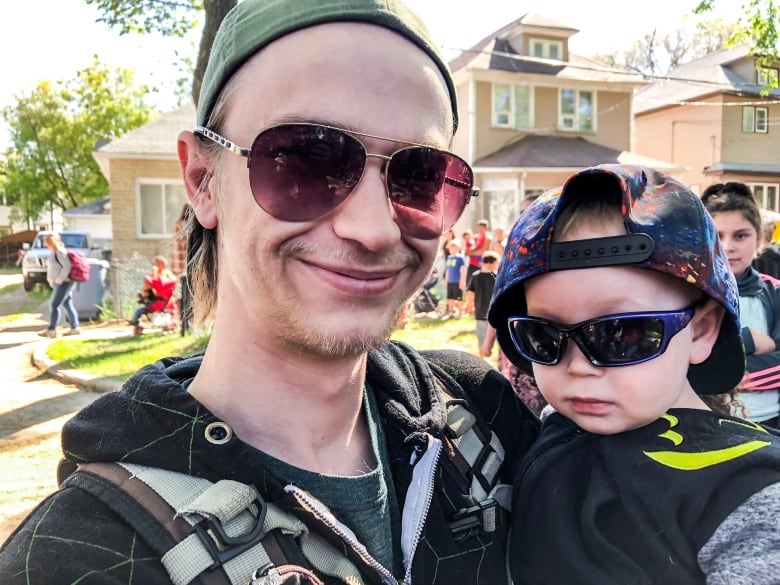 Chris Smolders and his son, Ash, waiting in line to have their faces painted at the North End Block Party. (Ahmar Khan/CBC News)

The block party was the first for Chris Smolders and his son Ash, who was especially excited about having his face painted.

Smolders and his family decided to move to the North End in December 2018 after living in different areas of the city.

“Its not all violence and drugs and gangs in the North End…we wouldn’t have moved here if we didn’t think it was a good place to raise our son,” he said.

Since moving to the neighbourhood, Smolders has heard several unpleasant remarks about the North End from family and friends, but he believes the block party is one of the days where the community’s true colours are on display.

“There’s definitely a stigma to the area and it’s nice to see people out here as families, getting together and being a community,” he said. 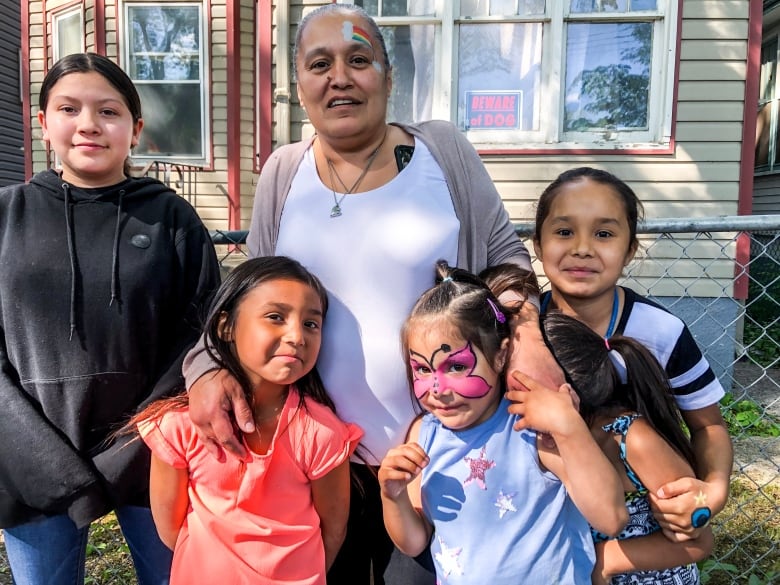 Angela Abdillia says she usually doesn’t let her grandchildren play outside because of increased violence in the area. (Ahmar Khan/CBC News)

For long-time residents, like Angela Abdillia, the event is a chance for her to take her five grandchildren out for some fun, without any concerns about safety.

“They’re not allowed outside because of all the violence, drugs and gangs,” she said.

Abdillia said events like this are important in helping people feel safe and said the North End need more of them.