The Winnipeg Blue Bombers will finally – and thankfully – have the opportunity to defend their 2019 Grey Cup championship.

The Canadian Football League’s Board of Governors voted unanimously Monday on a revised 14-game 2021 regular season to begin August 5th and conclude with the 108th Grey Cup in Hamilton on December 12th. The board of governors’ decision ends a long stretch without three-down football that dates back to the 2019 Grey Cup and Winnipeg’s 33-12 win over the Hamilton Tiger-Cats for the franchise’s 11th title.

“We’re back with a 14-game schedule and we’re stoked to be doing that and getting our coaches and players back on the field,” said Blue Bombers President and CEO Wade Miller. “We look forward to having our first game at IG Field in August and defending our championship in front of our fans who’ve been with us and waiting patiently through this. I can’t wait for this to get kicked off.”

568 days later… we are set to defend our title. #ForTheW pic.twitter.com/CXb8m15qpk

The full ’21 schedule will be released on Tuesday, as will each team’s plan for distributing tickets to season ticket holders and details on stadium capacities depending on government restrictions. CFL training camps are now scheduled to open on July 10th.

The news also comes after the Canadian Football League Players’ Association approved proposed amendments to the current collective bargaining agreement last Friday. Many of those specifics won’t be made official until later in the week, but the league is now full steam ahead in planning for the start of training camp and the regular season opener a few weeks later.

On an understandably busy day, Miller spoke Monday afternoon with bluebombers.com about the vote and its significance and what is ahead for the CFL and the Blue Bombers…

Q: This was a massively important vote, a historic one. When it came time to vote did you have a sense of the potential implications? Did you have any nerves about the proposal not being approved?

Miller: “Everyone knew we needed to get back on the field and that’s why the vote was unanimous.”

Q: OK, but does this allow you to breath a bit of a sigh of relief after the last 14-15 months?

Miller: “It’s a great big step. But now the works begins. We’ve got a full stadium to restart. We’ve got a lot of work to do in football operations. We’ve got to bring in our players and there are a ton of COVID-19 protocols our football guys are going to have to follow. There’s a lot of work ahead of us in this organization, but that’s what we’ve been looking forward to and waiting for because that’s what you do in sports. We’ve been preparing for every scenario and have been doing that since last year. This is no different. Now we press the ‘go’ button on all the decisions we were holding off on.” 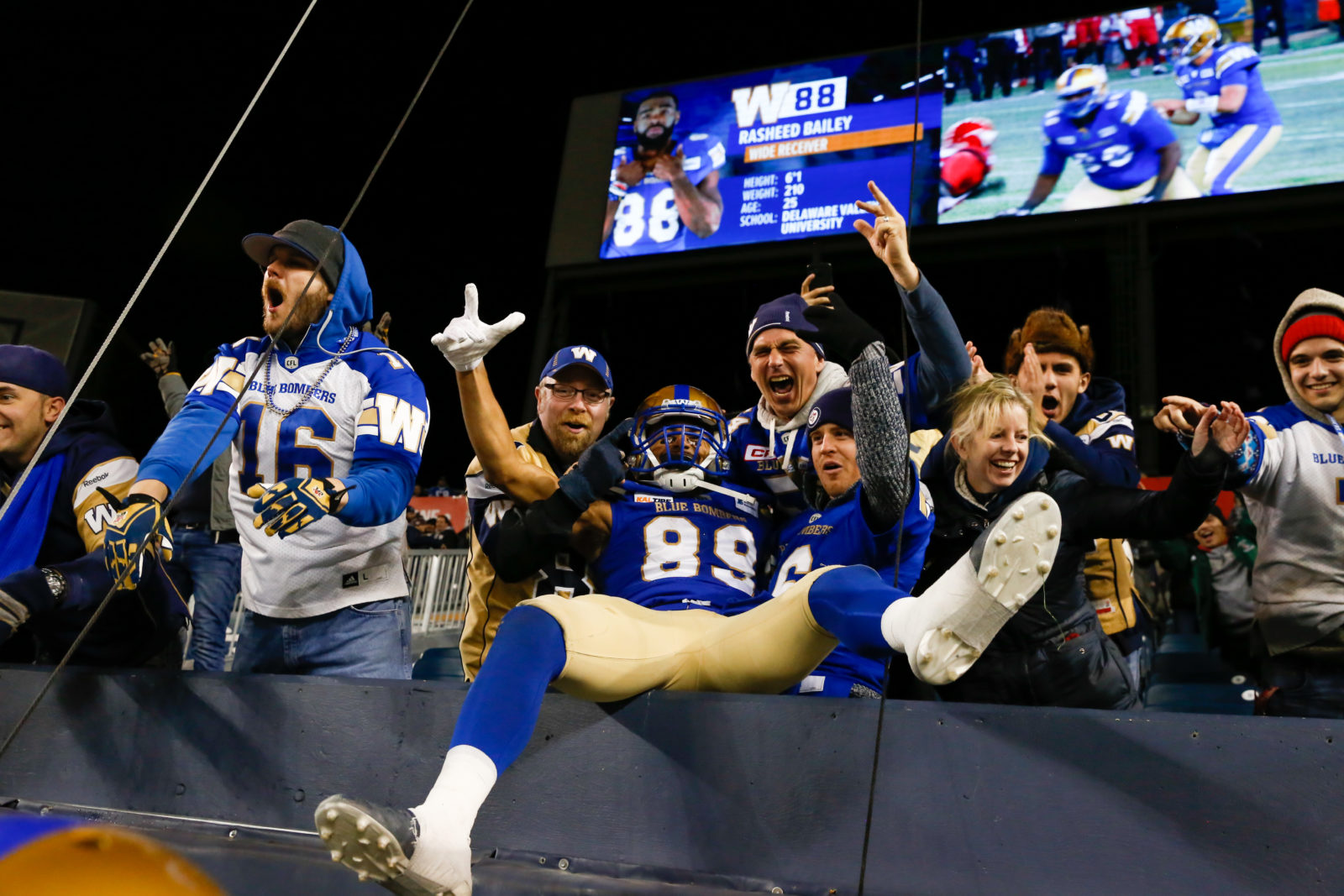 Q: Over this last year we’re you worried about the future and the viability of the CFL and the Blue Bombers?

Miller: “I knew we’d be back on the field. I wanted to be back in July. So, now it’s August instead. I can live with that. I never once wavered that we were going to play again. I’ve been consistent with that since last year. I would’ve liked to have been on the field last year. But I knew we were going to play again, I just wasn’t sure when and how. We owed it to our players, to our fans, to everybody involved with our organization to figure out a way to return, even with the uncertainty we’re still facing.”

Q: What can you tell us about potential stadium capacity percentages and how it might impact all fans, including especially season ticket holders?

Miller: “What we’re saying to our fans is we’re going to get back to them in mid-July as we work through the third wave. We were a little late to be impacted by the third wave here in Manitoba and the province has given us the plan as to how we will get back to various activities. We’ll all follow that and want to give us much time as possible to make sure we can have a greater capacity. We still don’t have all the answers yet as to how many fans we can have in the stands across this country, but we’re trending in the right direction. There are still some unknowns as to how many fans can be in the stands, but we’re moving forward and we’re playing. We’ll work with Manitoba Public Health and determine how many fans we can get into the building in August.”

Q: So, just so we’re clear, the expectation now is that there will at least be some fans in the stands for the first game, it’s just uncertain as to the percentage of capacity yet?

Miller: “That’s what we’re projecting and planning on, yes.” 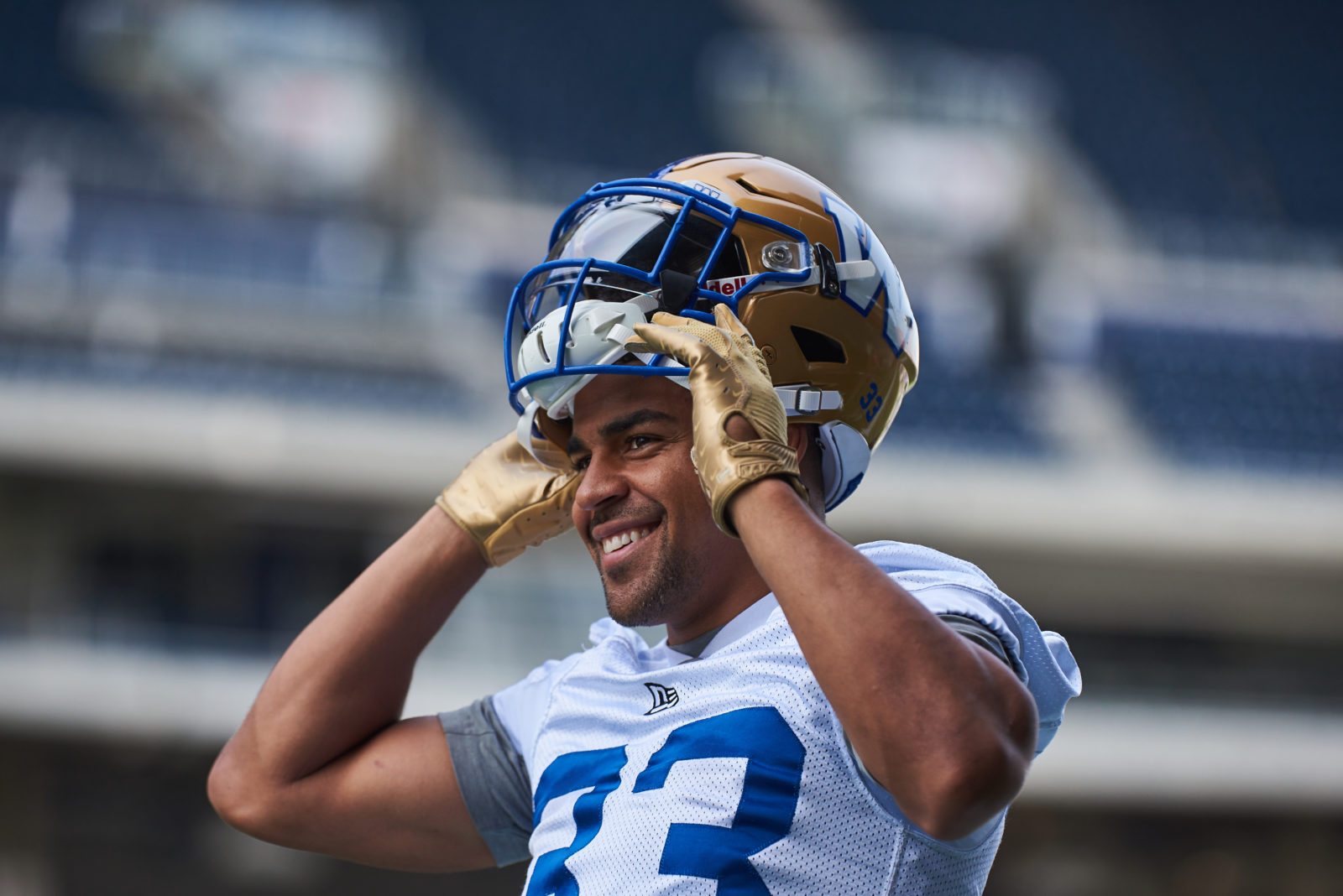 Q: The Province has indicated that if 80 percent of the population is at least partially vaccinated, most restrictions will be lifted by Labour Day. Is that what the Bombers are planning for in terms of a return to full capacity?

Miller: “You’ve seen in Alberta and Saskatchewan they’ve announced that there will be no restrictions in August if they meet certain vaccine thresholds. I’d like to think we’ll be somewhere near that by August, too.”

Q: There have been so many months of doom and gloom for this league but with today’s announcement coupled with the changes to the stadium financing and maintenance deal and the single-game sports betting bill being moved along in parliament it seems things are finally trending in the right direction.

Miller: “Absolutely. We’re going to move forward here and get through all this. Now it’s time to play some football. I look forward to stopping doing interviews and having our players and coaches being talked about rather than if we were getting back on the field.”

Q: No one can quantify what the impact of the lost 2020 season did to the league’s overall fan base. There have been many fans and corporations who have stuck with the league and this team. How can this league recapture, rekindle and grow the fan base in the wake of today’s announcement?

Miller: “Our corporate partners and season ticket holders have been phenomenal over all this. All of our fans have been phenomenal. I actually see this as a big opportunity for the CFL to come back in a big way this year. We’ll be the first league to have a decent-sized group of fans back in stadiums across this country. The attention will be on the CFL and fans being back in outdoor stadiums. That’s going to be massive for our country as a symbol of us getting back to normal again. With the vaccination numbers improving across this country, we’re moving ahead.”