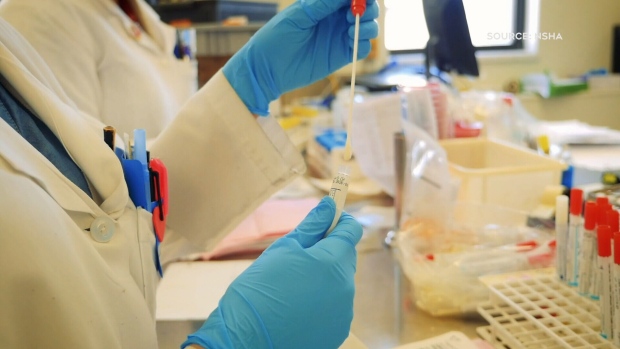 WINNIPEG — Another death in Manitoba has been linked to the Alpha (B.1.1.7) variant of concern, as the province reported 183 new cases and a test-positivity rate that continues to drop in Manitoba.

The death reported on Thursday was a woman in her 60s from the Winnipeg region. In total, there have been 1,112 people who have died with COVID-19, including 121 deaths that have been linked to variants of concern.

Along with the 183 cases on Thursday, the province reported a five-day test positivity rate of 8.8 per cent.

The province’s test positivity rate has been dropping fairly steadily since hitting its third-wave peak of 14.5 per cent on May 23.

The last time the province’s positivity rate was this low was on May 5.

The province said seven cases have been removed from the total due to a data correction.