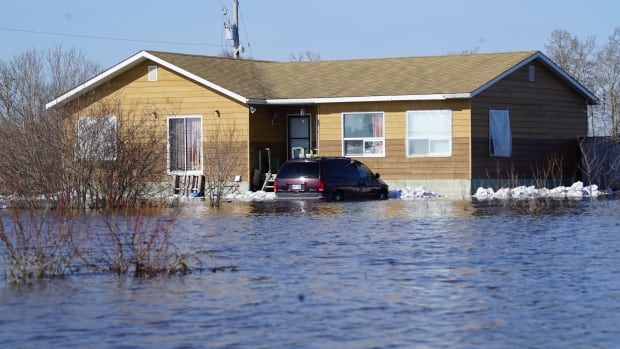 The provincial government issued an overland flood watch on Monday for all of southern and central Manitoba in light of a series of weather systems that could bring as much as 60 millimetres of rain over the week.

Parts of the province saw as much as 25 millimetres of rain on Monday, while a second system beginning on Friday has the potential to bring another 20 to 40 millimetres, the government said in a flood bulletin.

Most ditches and waterways are either full or near capacity, so heavy rain occurring over a short period on saturated soil could create overland flooding.

Manitoba’s hydrologic forecast centre will update its water level forecasts to determine the effect all the rain will have on areas already experiencing flooding, the bulletin said.

Meanwhile, the province has issued another flood warning for the Vermillion River that flows through the Dauphin area.

Several warnings and high water advisories are in effect and can be found in the daily flood report for Manitoba.

The Red River flood of 2022 is already the sixth-largest on record by volume based on flows recorded at Emerson, where the river is cresting, and Ste. Agathe. In recent memory, only the 1997 and 2009 floods were larger.