The swing-set at William Osler Park was the site where a dead cat, thought to be mutilated by some residents was found on Friday evening. (Ahmar Khan/CBC News)

Parents in River Heights are being extra cautious after a dead cat, with it’s tail removed from it’s body, was found Friday evening under the swings at a popular kid’s playground.

“We were pretty disgusted and kinda scared for our kids to come here,” said Christopher Harper, a father of five children who lives a block away from the park. “For that to happen here, so close to home it’s very uncomforting.”

The remains were found at William Osler Park, which is at the corner of Brock Street and Mathers Avenue. The Winnipeg Humane Society confirms it is investigating.

Harper said his kids love visiting the park, especially for the swing-set, and said the gruesome discovery in a kid-friendly zone is shocking.

“I just couldn’t imagine if one of my children came here and found it…I know my kids have actually pet that cat here, I’ve actually pet him, too,” he said. 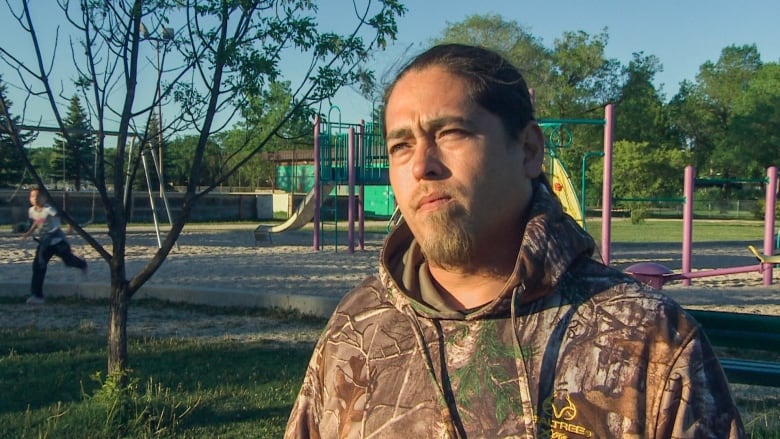 Christopher Harper, a father of five is no longer allowing his kids to visit the park without parental supervision after a dead cat’s body was found under the swingset. (Ahmar Khan/CBC News)

According to Dan Bogart, the remains were discovered by children. His daughter and her friend stumbled upon the remains while playing at the park around 6:30 p.m. on Friday evening and sprinted home to tell their parents.

CBC News has seen a photograph of the cat and is not publishing it due to the graphic nature. The image shows exposed organs and the removed tail laying nearby.

Bogart and the other father took photos and reported the incident to police, worrying the fatal injuries were the result of a crime.

“We didn’t notice any bite marks, any scratch marks just a slit down the centre of it’s body, and the tail had been severed,” he said.

While he said he’s trying not to jump to conclusions about how the cat was killed, he is thinking about safety in the neighbourhood. 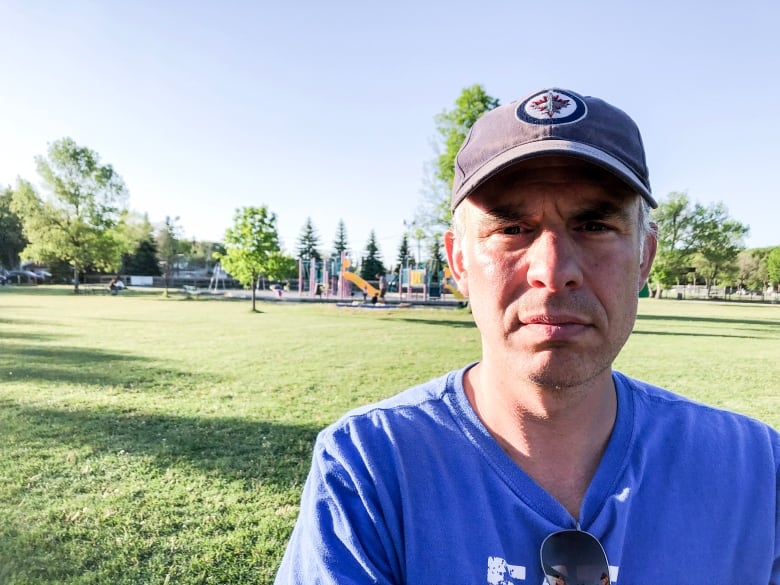 The Winnipeg Humane Society said the cat experienced trauma, but it hasn’t been determined if the injuries were caused before or after it died.

The organization said the cause of death is unclear and it will be performing a necropsy, with results expected in a couple of weeks.

With an air of uncertainty surrounding the cat’s death, Harper and his wife decided their five children will no longer visit the park unaccompanied.

Harper said they will also be keeping a closer eye on their cat, who normally goes outside into the yard to play.

The Humane Society is recommending cat owners keep their pets inside their homes at all times.