There will be a day – and Buck Pierce hopes it is sooner, not later – when the world will return to normal and the Winnipeg Blue Bombers new offensive coordinator will gather the team’s quarterbacks together for their first meeting before training camp.

And over the last few weeks, there has been plenty more evidence of just how different that first meeting will look, feel and sound.

That change begins with Pierce himself, who was promoted when Paul LaPolice left to become the head coach of the Ottawa REDBLACKS. And when he looks out at those QB faces he will see veteran Zach Collaros, who spent all of six weeks or so with the club after being acquired at the trade deadline last October before the magical playoff run to Grey Cup glory.

There, too, will be Sean McGuire, who was the club’s third-string pivot a year ago and newcomer Dru Brown, who was recently signed after a collegiate career with the Oklahoma State Cowboys and Hawai’i Rainbow Warriors. 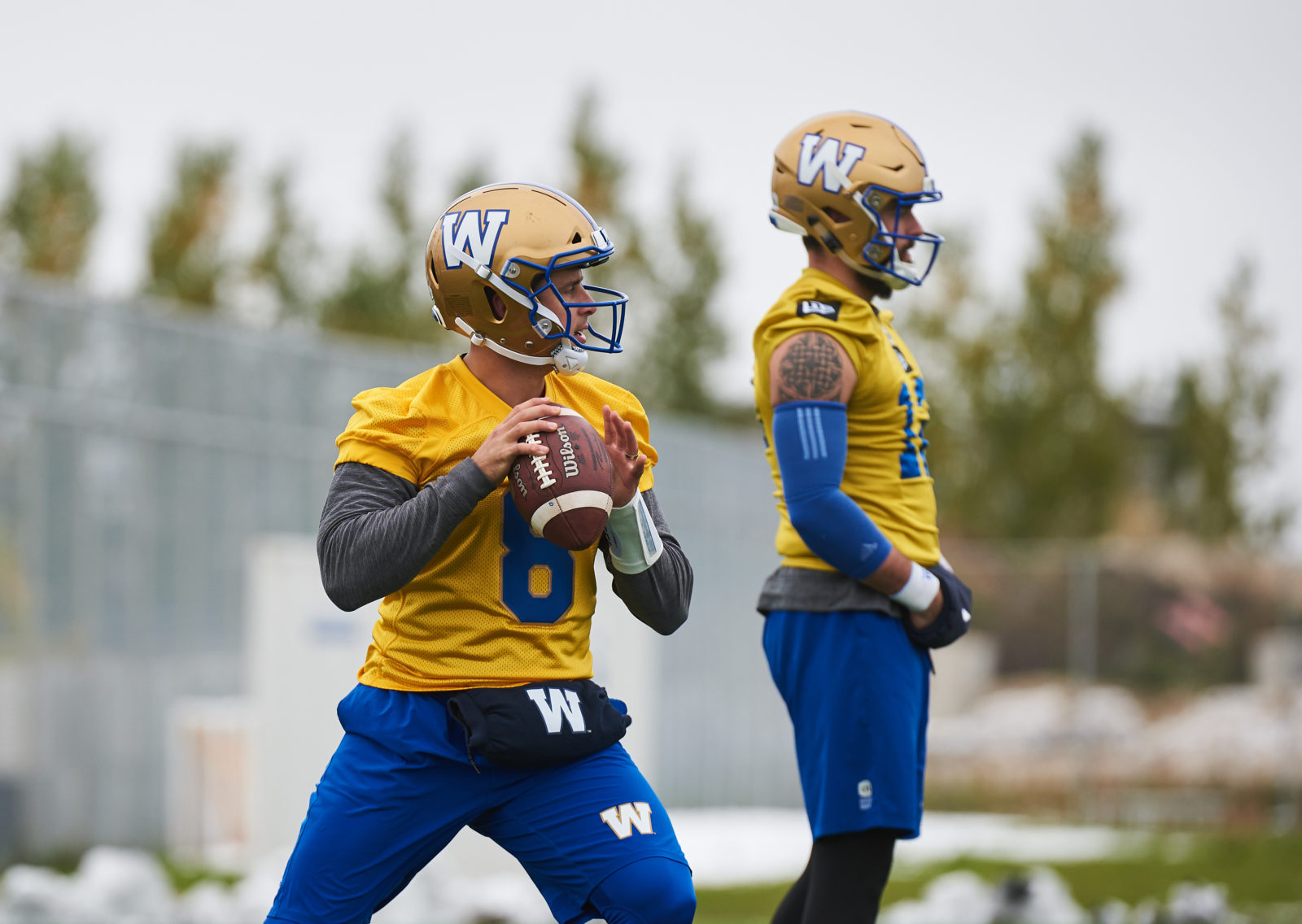 But with Matt Nichols now wearing Toronto Argonauts colours, with Chris Streveler in Arizona and LaPolice in the nation’s capital, that’s a whole pile of turnover to a room that had been relatively stable over the last few seasons – even in the transient business that is pro football.

“Over the course of the weeks of a season you build a bond in that room,” began Pierce in a recent chat with bluebombers.com. “And over the last couple of years I truly believe we have had one of the best quarterback rooms I’ve ever been a part of. There are changes, but that can be ok, too.”

Critical for Pierce & Co. will be rebuilding the characteristics that made that Bombers QB room so special. Pierce obviously had a massive role in that, but so did Nichols, LaPolice and Streveler.

Everyone will continue have a say in the room this year, but the lead voices will be different in Pierce and Collaros. And Pierce instantly liked what he saw in Collaros last fall.

“The first thing he brings is a pedigree,” he said. “He has a leadership quality on the football field and in the room that is very special. There’s a confidence about him. He just understands the process of what it takes to be a good pro and how to prepare. Every quarterback has to learn that and when you’re young and first starting out it’s important to have a guy like that in the room. 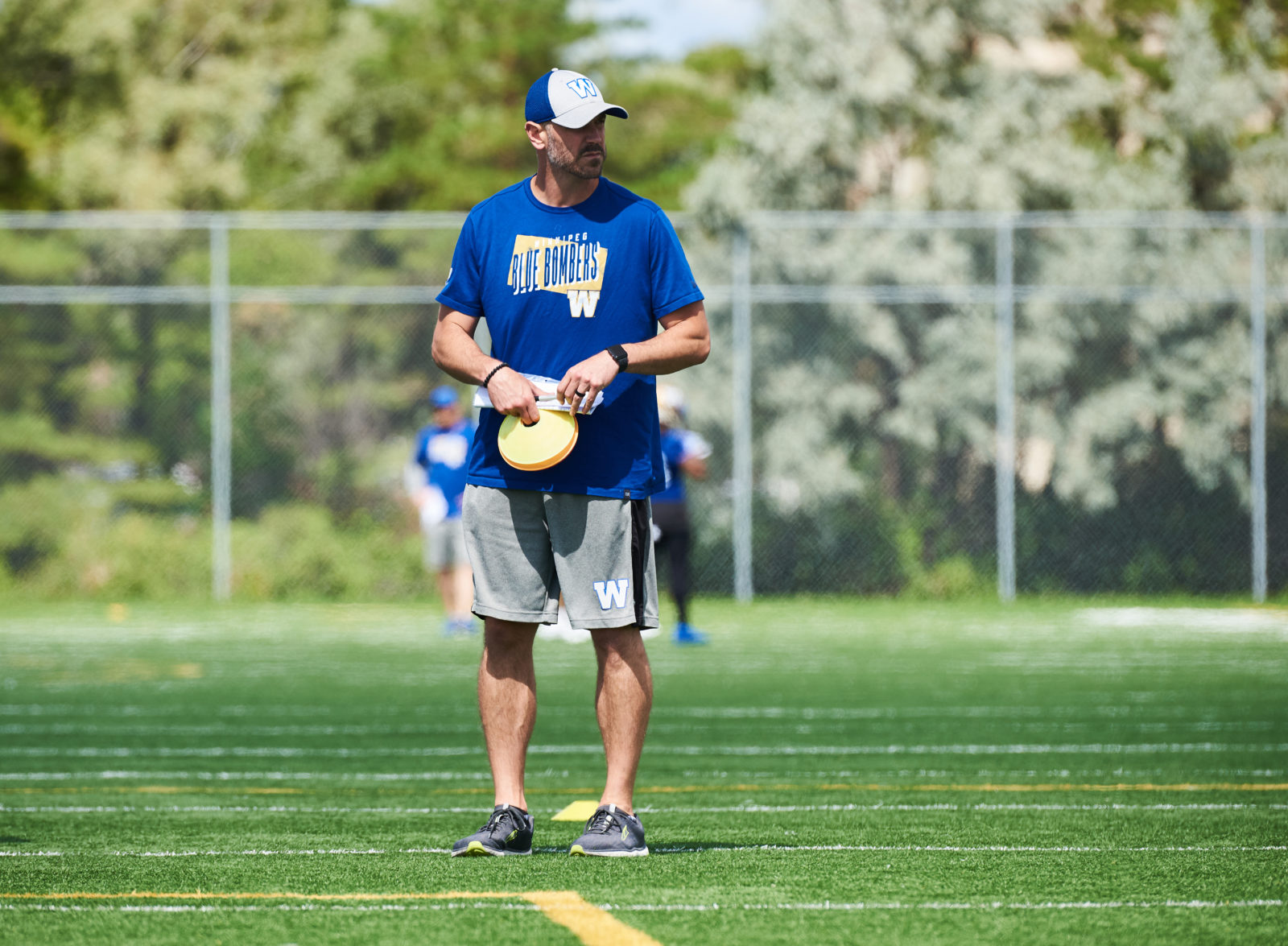 “You have to have some guys in the room that have an understanding of that for the young guys in the room. And as a coach you have to portray that attitude and that mentality on a daily basis and it grows from there.”

Pierce believes what makes a good QB room work – and this may sound cliché or corny, but is universal at any level – is a collective mindset to push each other, but also help whoever is lining up behind centre. This is what made Nichols such a dominant and likable presence in the room and the same can be said now of Collaros.

“There’s always a lot of talk about the quarterback room, what that is and bringing in that dynamic into the room,” said Pierce. “The whole belief behind that is there’s only one person that can take the snap, but it is a collective agreement within the group that you’re pushing each other and making each other better every day and standing behind the guy going out there and taking the snaps. 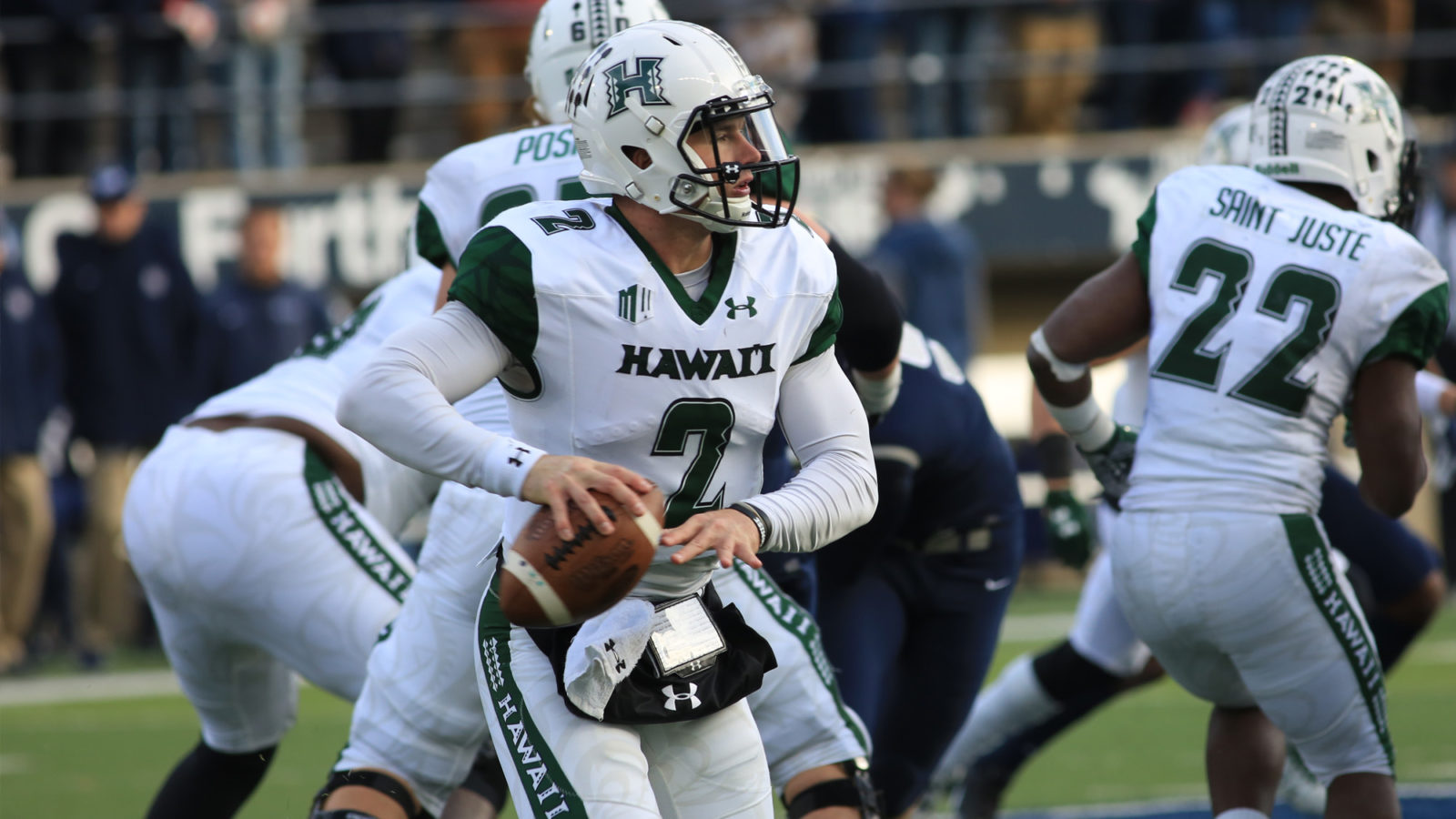 We asked Pierce for his assessment of Brown, the newcomer. A team captain, he started the final three games for OSU last year after an injury to starter Spencer Sanders and completed 67.3 percent of his passes for 810 yards with seven TDs and one pick. He also threw for two TDs and ran for another in OSU’s loss to Texas A&M in the 2019 Texas Bowl.

“Athletic, first of all,” said Pierce. “And when you look at quarterbacks transitioning into the pro game and the CFL especially you look at accuracy, completion percentage, his touchdown-to-interception ratio.

“Is he making good decisions with the football? Can he extend plays outside of the pocket and make the most of his athletic ability when the game is so new to him? As a young quarterback you’re not always going to see everything the same way a veteran quarterback or coordinator will see it. But when you have the athletic ability to make things happen it can be a good thing.”