WINNIPEG — The Winnipeg Police Service is turning to the public for help in trying to uncover more information about the death of a 30-year-old woman.

On April 6, around midnight, police said officers, along with the Winnipeg Fire Paramedic Service, were called to the back lane of 33 Hargrave St. for reports of a garbage bin fire.

When crews arrived a woman was found inside the bin and she later died from her injuries.

Police said she has been identified as Chantelle Talarico. 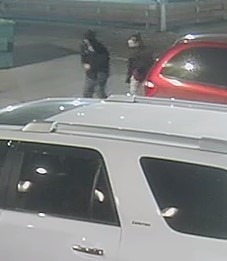 Winnipeg police are looking to talk with these two people after a woman died in a garbage bin fire on April 6. (Source: Winnipeg police)