1. MERCY MASTON UPDATE: Blue Bombers head coach Mike O’Shea confirmed Friday after practice that veteran dime back Mercy Maston had suffered an Achilles injury in training camp prior to the first preseason game against the Edmonton Elks.
Maston played a pivotal role down the stretch in the club’s run to the 2019 Grey Cup and was lost for the 2021 season after injuring his Achilles, also in training camp. 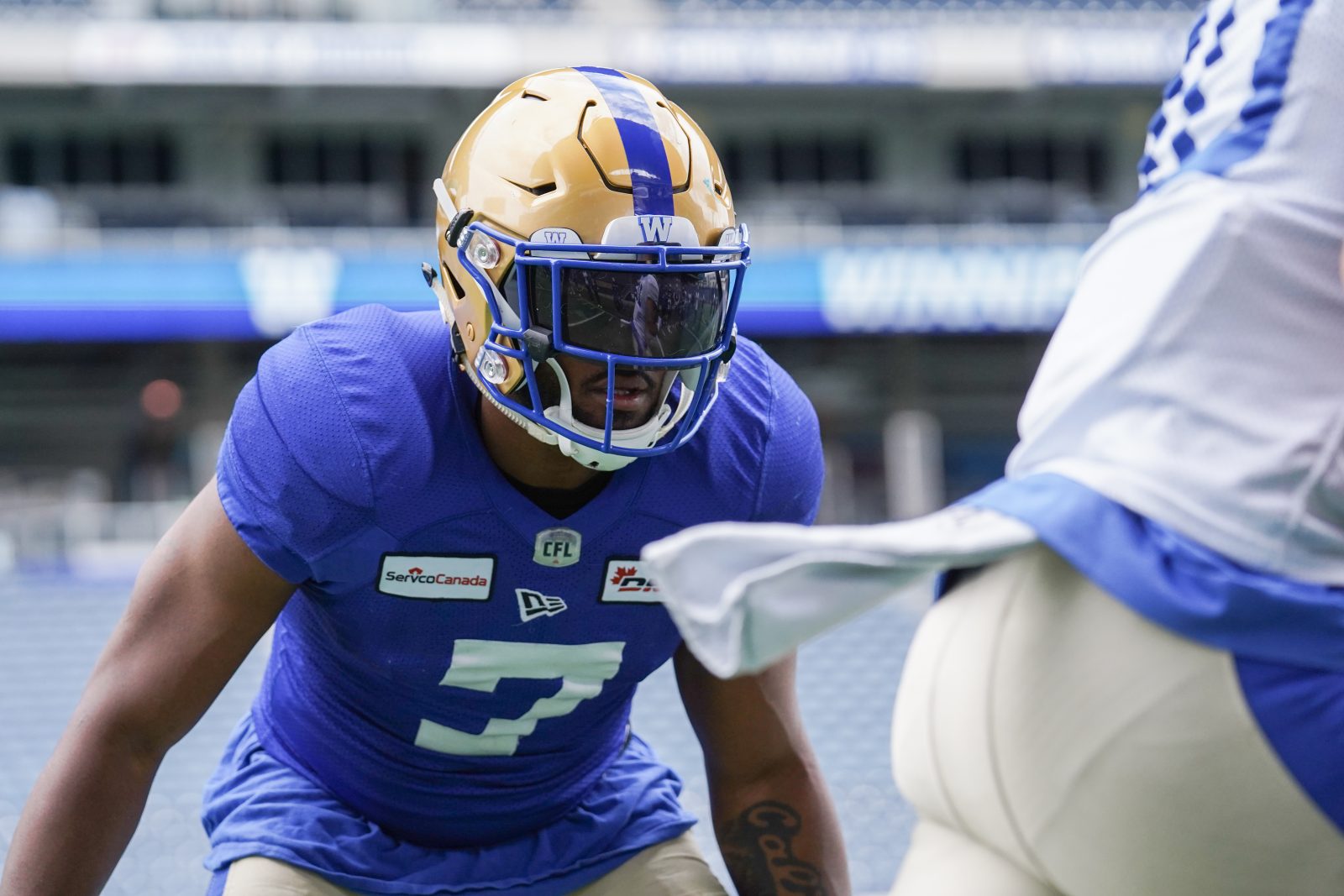 “He hurt his Achilles, the other one, so he’s back at home right now and should be back here at some point to be evaluated,” O’Shea said. “It’s very tough. Tough on him, tough on his teammates. It’s the worst.”
The dime, previously referred to as the strong side or SAM linebacker, is one of the most-difficult positions to play on defence given the long list of responsibilities.
“You’re asking a guy to do everything,” said O’Shea. “Some guys cover well and some guys block well, some guys play the run well and tackle. That position, in particular, has to be able to do it all and he did it all at a very high level and understood the game and saw the game well and communicated well. A fun guy to be around. Those are always holes right there when you have to try and find a replacement.”

2. FURTHER TO THE ABOVE: The question now is how the Blue Bombers replace Maston. After he was injured last year the club acquired Alden Darby in a trade with the Toronto Argonauts, and Darby was then named to the Western Division All-Star team. Darby then signed with the Hamilton Tiger-Cats in free agency.
“Our guys do a great job — Danny (McManus, Assistant GM), Ted (Goveia, Assistant GM), Kyle (Walters, GM) — of making sure they’re bringing guys in and then the coaching staff, we can’t say enough about them and what they do,” O’Shea said. “Richie (Hall, Defensive Coordinator; Jordan (Younger, DBs coach) James (Stanley, LB coach), Darrell (Patterson, DL coach)… you just give them a football player and they’re going to make sure they fit in the system and be successful.
“On a personal note, nobody wants to see Mercy in that spot, but we also know that everyone around is going to pull their weight and be successful.”
The player who has been getting a ton of work in Maston’s spot since the injury is Donald Rutledge, Jr., who we introduced Bomber fans to earlier in camp. 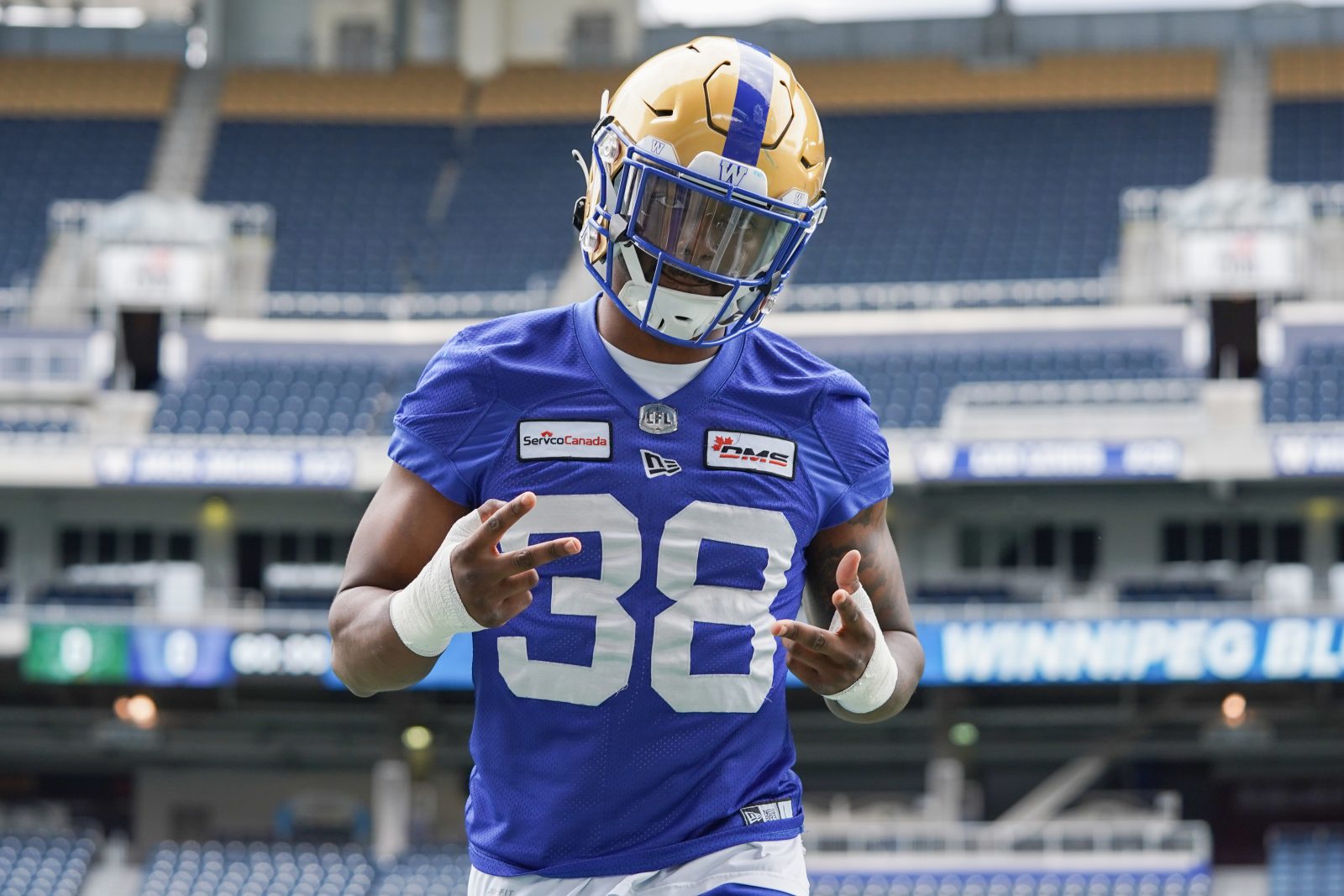 “We brought guys in at that spot because we weren’t sure how things were going to play out, but he’s got real nice size, he seems to take in all the information really well. He’s got this leadership quality about him that’s interesting to note and he can fly around and play good football.”

3. FYI: Greg Ellingson was back participating in full on Friday and had a spectacular session. Drew Wolitarsky also returned after missing Thursday due to illness. Continuing with the receiver theme, Dalton Schoen was also working with the first until along with Nic Demski and Rasheed Bailey… DE Jackson Jeffcoat did not practise, giving Cedric Wilcots, Jr. more work up front. Also not practising were WR Kelvin McKnight, CB Patrice Rene, LB Kyrie Wilson and FB Mike Miller.. CB Winston Rose returned to full practice.

4. CAMP CONCLUSION: The Bombers completed their final session of training camp on Friday with the final roster cutdown Saturday at 9 p.m. The team does not return to the practice field until Monday for the prep week leading up to the season opener June 10th at IG Field vs. the Ottawa RedBlacks. 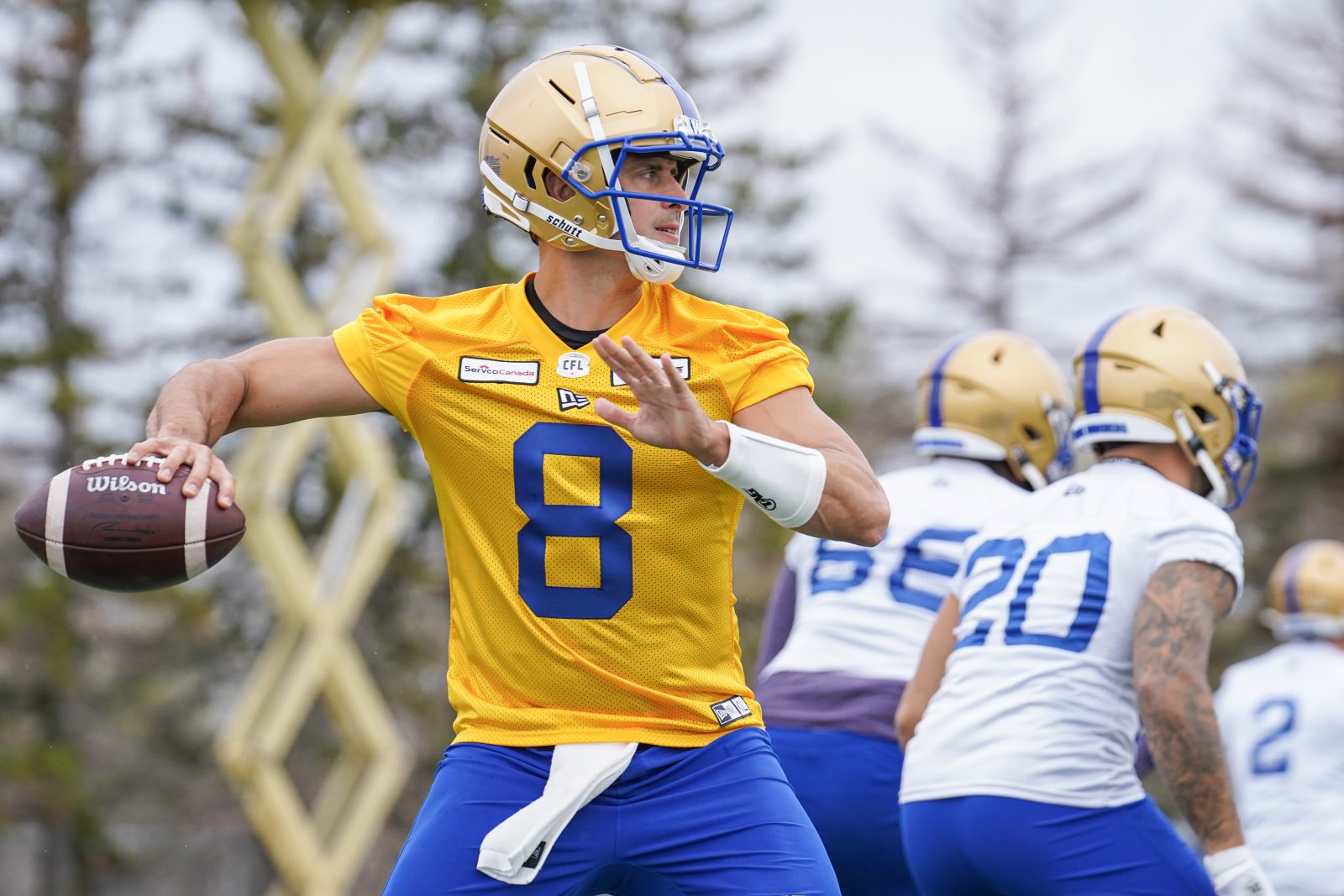 “Training camp is always a grind and it was definitely a little bit different this season with what was going on with the labour negotiations and all that,” said QB Zach Collaros. “But I thought we got our work done. We’re obviously sad to see some guys go, but we’re definitely excited to get to work here and start to focus on Game 1 and Ottawa.”