A radio ad that aired in Saskatchewan talking about “myths” about residential schools is drawing criticism from listeners.

The two-minute piece is from the Winnipeg-based Frontier Centre for Public Policy (FCPP), touted in the ad as a “reasoned, non-partisan voice on public policy.” It begins with a question: “are Canadians being told the whole truth about residential schools?

An ad for the Frontier Centre for Public Policy, claiming to debunk “myths” about residential schools, is being criticized online. 1:54

“Myth: the harm that was done to those attending residential schools has been passed on to today’s generation. In fact there is little evidence that abuse that was suffered by a grandparent had any affect on the academic success of the generations that followed,” the ad continues.

It was posted to the FCPP’s Soundcloud account for nine days, but was removed on Monday.

In a written statement to CBC News, the FCPP said the radio commentaries are “designed to reach a wider non-traditional audience” and that they’re based on the items published by the centre.

It said Roger Currie, the man who voiced the piece, had “no editorial control” over the piece and was “simply a paid professional.” The statement did not address concerns raised in reaction to the ad.

Tammy Robert, a media relations specialist and blogger based in Saskatoon, heard the ad in a coffee shop in an undisclosed Saskatchewan community as it aired.

“[I] sat there and listened to the entire thing, kind of in disbelief as to what I was hearing,” said Robert.

Robert would not say what radio station she was listening to or where. 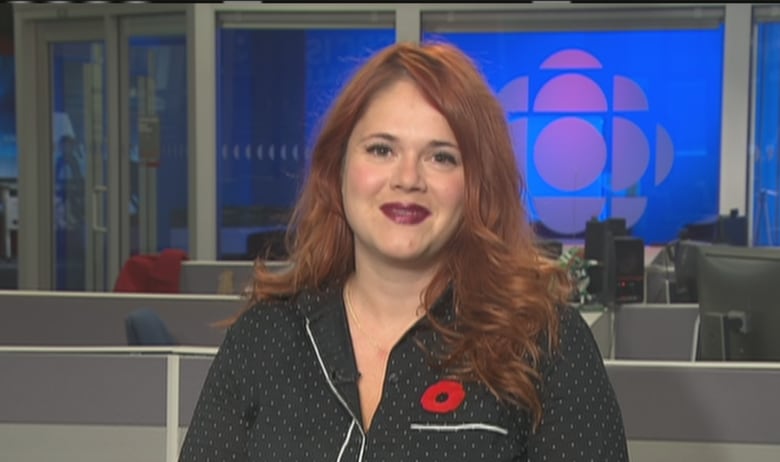 Tammy Robert, who writes the oursask.ca blog, heard the ad in a coffee shop. (CBC News)

CBC News has confirmed that it was a station operated by Golden West Radio, a company based in Altona, Man. Golden West Radio operates radio stations in Swift Current, Humboldt, Moose Jaw, Estevan, Weyburn and Rosetown/Kindersley.

Robert said she was stunned at the presentation of residential school-related trauma as myths, and the use of the word “fact.” She said she was compelled to comment and wrote a blog post.

“I’m an advocate for free speech and opinion but you have to be grounded in fact, and at this stage there’s not a chance that those were facts. That’s what struck me the most,” she said.

Robert said she thought the piece was especially problematic as it was airing in rural Saskatchewan, an area she believe has “a racism issue.”

“We’ve seen it play out time and time again and most prominently with the Gerald Stanley trial which created even more rural tension and racial tension in Saskatchewan. I just don’t see the point of [the broadcast],” Robert said.

Currie said he was “regretful” for his role in the piece and that he “made a bad call.”

“I regret doing it. I apologize for any hurt and offence … that my participation may have caused. These are not my thoughts, but that’s not a real, valid excuse.”

Currie said he’d had a business relationship with FCPP for a number of years, voicing commentaries on business ideas he described as “banal.”

When presented with the script about residential schools, Currie said he was hesitant but in the end, he said he took the word of Peter Holle, president of the FCPP, that the script was based on accurate research. Admittedly, Currie said, he didn’t know if it was true or not.

“What can you say?” Currie said. “I have not read the Truth and Reconciliation report. Very few people have.”

Currie says he’s ended his relationship with the FCPP and won’t accept work from them again.

Ry Moran, director of the National Centre for Truth and Reconciliation in Winnipeg, said it’s a perspective he’s not surprised to hear about.

“Canadians are hanging onto this narrative that the residential schools system was good with a few bad apples in it. That’s not the case,” he said. 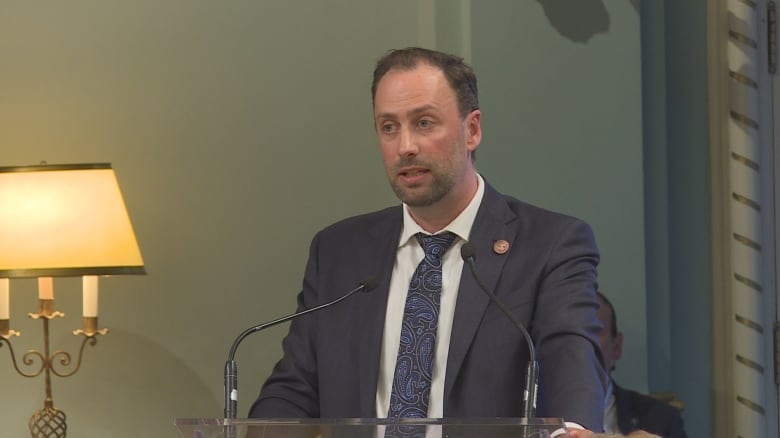 Ry Moran is the director of the National Centre for Truth and Reconciliation. (Waubgeshig Rice/CBC)

“It was an inherently assimilative system, designed with the intent policy of forcibly converting Indigenous Peoples into something that they were not.”

Moran said he believes that this is will a reality in Canada for years to come.

“That’s the precise reason why we have a National Centre for Truth and Reconciliation to preserve the record of what happened in these residential schools. Not just for the purposes of educating and telling Canadians what happened, but also to ensure that the truth is documented and that we have the evidence for when people actually make assertions.”