Harpeet Masaun, left, and Mark Stewart stand next to the new vending machine at the Salvation Army, which allows people to access hygienic products at no cost. (Ahmar Khan/CBC News)

The Salvation Army is trying to quash the stigma people may feel when asking for basic necessities with a new initiative—a free vending machine, which allows people to access hygiene products with the push of a button.

“People that are coming from the outside and people that live inside can actually go to the vending machine and get their own products that they need,” said Mark Stewart, director of transitional and emergency services at the Salvation Army. “[It] just give us a little bit more dignity so that you don’t always have to come and ask for things.”

The vending machine was donated by Park Avenue Vending and Coffee Company and installed at the Salvation Army’s emergency shelter just a few weeks ago.

People on the streets who frequent the Salvation Army weren’t even aware some of the products were available. 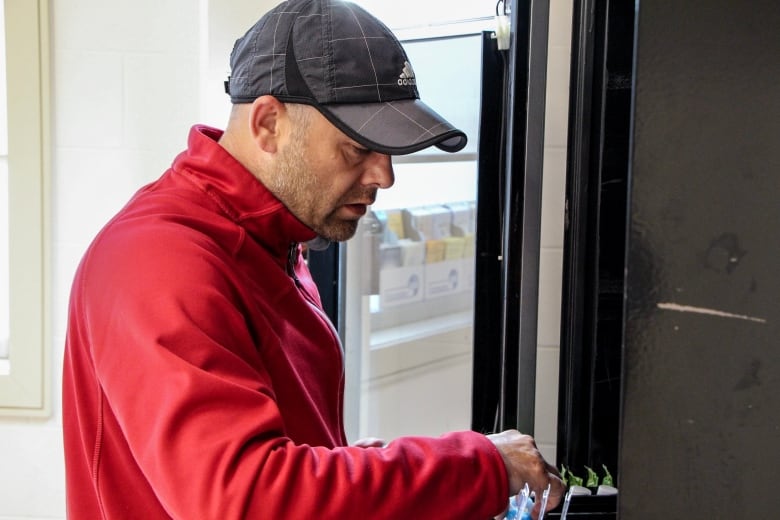 Mark Stewart, director of transitional and emergency services at the Salvation Army reloads the vending machine, which has been emptied out 3-4 times since it was installed just a few weeks ago. (Ahmar Khan/CBC News)

“We’d see someone in poor hygienic condition and offer them toothpaste, deodorant—you name it, they would react with ‘you have that?’,” he said.

Stewart said he got the idea to install the machine when he came across examples of the concept that were being used in the United Kingdom.

“There is a stigma that you always have to ask for what you need within our building,” said Stewart.

“People are taking what they need.”

Stewart said it has been tough to keep the machine stocked. He said it’s already been emptied about three or four times. 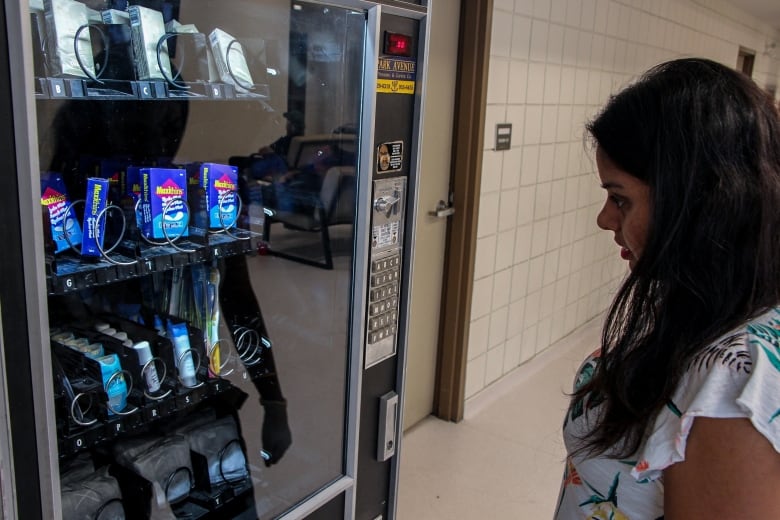 The shelter has run low on products to fill the vending machine, and are constantly looking for donations. Donations can be dropped off to 180 Henry Avenue.

A new fountain has also been installed to help cut-down on single-use plastic water bottles and the shelter is also seeking donations of containers to store water.