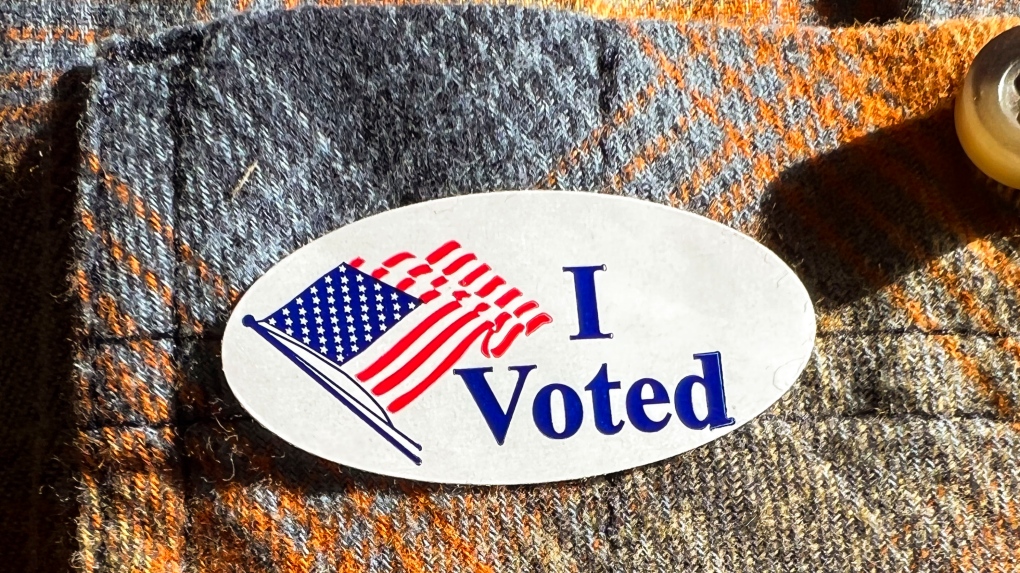 The promise of a red wave receding, Republicans slogged state by state in a determined fight to break the Democrats’ one-party hold on Washington as anxiety set in over the dragged-out race for control of Congress and the future of President Joe Biden’s agenda.

On Wednesday, the Democrats’ fragile grasp on power in the House and the Senate remained at risk. The party faced a new generation of Republican candidates — among them political newcomers, including 2020 election deniers and some extremists inspired by Donald Trump handily winning some seats.

But races stayed tight, and Republicans ran into stiff competition in their march across the country, dashing hopes for the sweeping gains they had promised, particularly in the House. Instead, they inched toward what could be another narrowly split Congress.

“The RED WAVE did not happen,” defeated Republican Rep. Mayra Flores of Texas said in a tweet.

It was the first major national election since the Jan. 6, 2021, attack on the Capitol, and emotions were raw. The recent violent assault on Speaker Nancy Pelosi’s husband has stunned many, and federal law enforcement warned of heightened threats nationwide. Biden’s party worked to hold on by the most tenuous of margins.

Even with a slim majority, the Republicans could bring a new intensity to Capitol Hill with promises to end Biden’s most ambitious plans, tighten congressional oversight and launch grueling investigations — even, potentially, impeachment of the president.

House GOP Leader Kevin McCarthy, who is in line to become speaker if his party takes control, vowed to win the majority as he addressed a crowd of supporters well past midnight in Washington.

“We are expanding this party,” McCarthy said, calling out the races won so far. “The American people are ready for a majority that will offer a new direction that will put America back on track.”

But the mood among Republicans was tense, as Democrats delivered a surprising run of the map in places Republicans expected to claim as their own.

“While many races remain too close to call, it is clear that House Democratic members and candidates are strongly outperforming expectations,” Pelosi said in a statement. “As states continue to tabulate the final results, every vote must be counted as cast.”

All 435 seats in the House and one-third of the Senate were being decided. If Republican newcomers help the party seize control of the House, and possibly the Senate, the outcome will pose new challenges for Congress’ ability to govern — especially if margins are tight.

In the race for the House, battleground Virginia provided a snapshot. Republican state Sen. Jen Kiggans, a former Navy helicopter pilot, defeated Democratic Rep. Elaine Luria, a former Navy commander who had touted her work on the House committee investigating the Jan. 6 insurrection.

But elsewhere, Democratic Rep. Abigail Spanberger prevailed over Trump-backed Yesli Vega in a suburban Virginia district Republicans hoped to flip. And Democrats held House seats in Rhode Island, Ohio, Kansas and New Hampshire that Republicans wanted, and they flipped some including a suburban Illinois district from Republicans.

Still, Republicans were slowly amassing some of the five seats needed to reach a 218-seat House majority.

They picked up a Nashville, Tennessee-area seat long held by Democrats. And in a dramatic example of the difficult political environment for Democrats, the party’s House campaign chairman Rep. Sean Patrick Maloney was fighting for political survival against Republican state legislator Mike Lawler in New York’s Hudson Valley. He would be the first Democratic campaign chief to suffer defeat in two decades.

In the evenly split Senate, the battleground was focused on the deeply contested states of Arizona, Georgia, Nevada and Wisconsin. In Pennsylvania, Democrat John Fetterman flipped a Republican-controlled Senate seat that’s key to the party’s hopes of maintaining control of the chamber. The 50-50 Senate is now in Democratic hands because Vice President Kamala Harris can cast a tie-breaking vote.

Divided government has historically offered the possibility of bipartisan deal-making. But Republican candidates campaigned instead on a platform to stop Democrats.

“I do think that this will end up being a period of government that is defined by conflict,” said Brendan Buck, a former top aide to the past two Republican speakers of the House.

Without a unified agenda of their own, Republicans ran on threats of confrontations that could spark crises. They promised to cut federal spending, refuse to raise the nation’s debt limit and balk at supporting Ukraine in the war with Russia. It all pointed to potential gridlock.

McCarthy had recruited the most racially diverse class of House GOP candidates, with more women than ever. But it also included a new cadre of Trump loyalists, including election skeptics and deniers, some of whom were around the Capitol on Jan. 6.

Trump endorsed hundreds of candidates nationwide in this election cycle, though they were not always the first choices of McCarthy and Senate Republican leader Mitch McConnell. In an interview, the former president said he backed McCarthy for speaker, and he derided his old foe McConnell as a “lousy leader,” according to Fox News Channel.

In a sign of the nation’s toxic political climate, Pelosi canceled most public appearances in the final week of campaigning after an intruder broke into her family’s San Francisco home in the middle of the night, demanding to know “Where is Nancy?” and bludgeoning her 82-year-old husband in the head with a hammer. Authorities have said the Oct. 28 attack targeted the speaker’s home.

The election unfolded amid deep discontent. A majority of Americans, about 7 in 10, disapprove of the way Congress is handling its job, according to AP VoteCast, an expansive survey of more than 90,000 voters nationally. About 4 in 10 strongly disapprove.

In the House, several new Republicans were elected in redrawn Florida districts. Joining them will be 25-year-old Democrat Maxwell Frost, the first member of Generation Z to win a seat in Congress.

Incumbents were also holding on. In Ohio, Democratic Rep. Marcy Kaptur defeated J.R. Majewski, a Republican who was at the Capitol on Jan. 6.

Vote counting could extend beyond Election Day in many states, and Georgia could head to a Dec. 6 runoff if no candidate reaches the majority.

Democrats gained momentum over the abortion issue after the Supreme Court overturned the Roe v. Wade decision this summer, and they have been warning voters about MAGA conservatives, short for Trump’s “Make America Great Again” slogan.

But Republicans focused voter attention on closer-to-home issues such as inflation-fueled high prices and crime.

(310)
$16.98 (as of December 7, 2022 10:28 GMT -06:00 - More infoProduct prices and availability are accurate as of the date/time indicated and are subject to change. Any price and availability information displayed on [relevant Amazon Site(s), as applicable] at the time of purchase will apply to the purchase of this product.)

(1177)
$1.49 (as of December 7, 2022 10:28 GMT -06:00 - More infoProduct prices and availability are accurate as of the date/time indicated and are subject to change. Any price and availability information displayed on [relevant Amazon Site(s), as applicable] at the time of purchase will apply to the purchase of this product.)

(9467)
$59.99 (as of December 7, 2022 10:28 GMT -06:00 - More infoProduct prices and availability are accurate as of the date/time indicated and are subject to change. Any price and availability information displayed on [relevant Amazon Site(s), as applicable] at the time of purchase will apply to the purchase of this product.)

(45570)
$14.99 (as of December 7, 2022 10:28 GMT -06:00 - More infoProduct prices and availability are accurate as of the date/time indicated and are subject to change. Any price and availability information displayed on [relevant Amazon Site(s), as applicable] at the time of purchase will apply to the purchase of this product.)