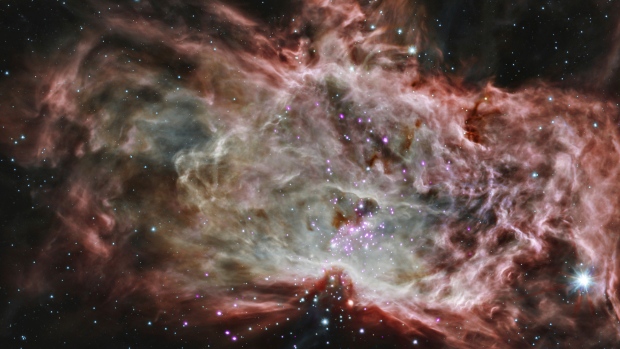 TORONTO — With its greenery, abundance of water and countless unique landscapes for different species to thrive, Earth is the picture of habitability. But could there be planets out there even more suited to developing and supporting life than our little blue planet?

The search for life beyond Earth has been going on for some time, and there’s a reasonably agreed-upon formula for what a planet needs to be potentially habitable: it should be a rocky planet as opposed to a gas-based planet and should orbit in its star’s “habitable zone,” where it’s not too hot or too cold for water to exist in liquid form.

As the presence of water is so essential to life on our planet, it is one of the first things we look for on others.

Judging an exoplanet (a planet found outside of our solar system) as habitable does not mean that life has already been found there — it merely means that the planet’s conditions might support life if it developed there.

But what makes a planet not just habitable, but “superhabitable”?

A RECIPE FOR PLANETS TEEMING WITH LIFE

It boils down to better stars, bigger surface area and slightly higher temperatures.

When creating the parameters for superhabitable planets, researchers wanted to find planets with the potential for the highest possible biodiversity, capable of allowing complex organisms to develop.

Planets larger than Earth “will have a larger surface area, and more living space near its surface,” which means they can support more biodiversity, the paper said. But when we start looking at planets that are too big, they evolve into gas giants. The sweet spot is planets that are around 1.5 times the size of Earth in terms of mass, and around 10 per cent larger in terms of physical size.

A larger mass could also provide a thicker atmosphere, protecting the inhabitants of the planet from radiation from space. These bigger terrestrial planets may also stay habitable for longer due to increased radioactive decay heating them from the inside, the paper said.

The optimal planet would not only be big, but hot.

On our Earth, the areas with the highest biodiversity are tropical rainforests, and those with the lowest biodiversity are chilly polar regions. Following that logic, researchers believe these superhabitable planets would be hotter than Earth by around five degrees Celsius — but only in conjunction with plentiful water in order to avoid the entire planet being arid.

A superhabitable planet would also have more evenly distributed land and oceans, with many shallow-water regions. This is where having a mechanism-like plate tectonics would allow for different habitats and “interfaces between those habitats,” the paper explained.

Since it took roughly four billion years for complex organisms to become common on our planet, researchers say an older planet, around five to eight billion years old, would be ideal for housing the sophisticated organisms we most want to meet.

However, in order for a planet to reach that age safely, it needs to be orbiting around the right kind of star.

Our sun may be the literal centre of our solar system and our source of life-giving heat, but it’s actually not the best star for producing habitable planets, according to researchers. In cosmic terms, our sun and other G-type dwarf stars like it have relatively short lifespans, making it less likely that a planet orbiting it would have the time necessary to develop complex life.

Researchers suggest that superhabitable planets would be more likely to orbit K-type dwarf stars, as they are stable for longer and have significantly longer lifespans.

This isn’t the only external object that makes for a perfect planet. The optimal superhabitable planet would have a friend, just like Earth: a large moon at a moderate distance.

Our Moon not only gives us tides — which may have been an important driver of life developing early on in the planet’s history — but also “provides stability to Earth’s rotation axis.”

Now that we know the key ingredients, is there an exoplanet out there that fits all of them?

In short, no — largely because many of the things listed above are things we can’t yet find out about planets that are lightyears away. When a planet is so far away that it’s only detectable as a dimming of light from a stellar system, it’s hard to tell if it has plate tectonics.

But after looking through data on 4,500 known exoplanets, researchers still found at least half a dozen planets that could be candidates for being superhabitable.

All of the candidates are at least 100 light years away from us, and none of them meets every single piece of criteria.

But one planet matches four of the most important parameters, making scientists believe it could be possible that many more of these superhabitable planets could be out there. And due to their increased size, they could be easier to find than planets that are Earth size.

Researchers point out that this type of research helps scientists decide what stellar systems and exoplanets to focus on for future projects.

“With the next space telescopes coming up, we will get more information, so it is important to select some targets,” Dirk Schulze-Makuch, the project lead and a professor with Washington State University, said in a press release. “We have to focus on certain planets that have the most promising conditions for complex life. However, we have to be careful to not get stuck looking for a second Earth because there could be planets that might be more suitable for life than ours.”

It’s possible that in the future, when our own technology has evolved to the point where we can search more efficiently for these types of planets, that this set of criteria for superhabitable planets will not be merely theoretical, but will be a roadmap for where to visit next.

(253)
(as of October 28, 2020 - More infoProduct prices and availability are accurate as of the date/time indicated and are subject to change. Any price and availability information displayed on [relevant Amazon Site(s), as applicable] at the time of purchase will apply to the purchase of this product.)