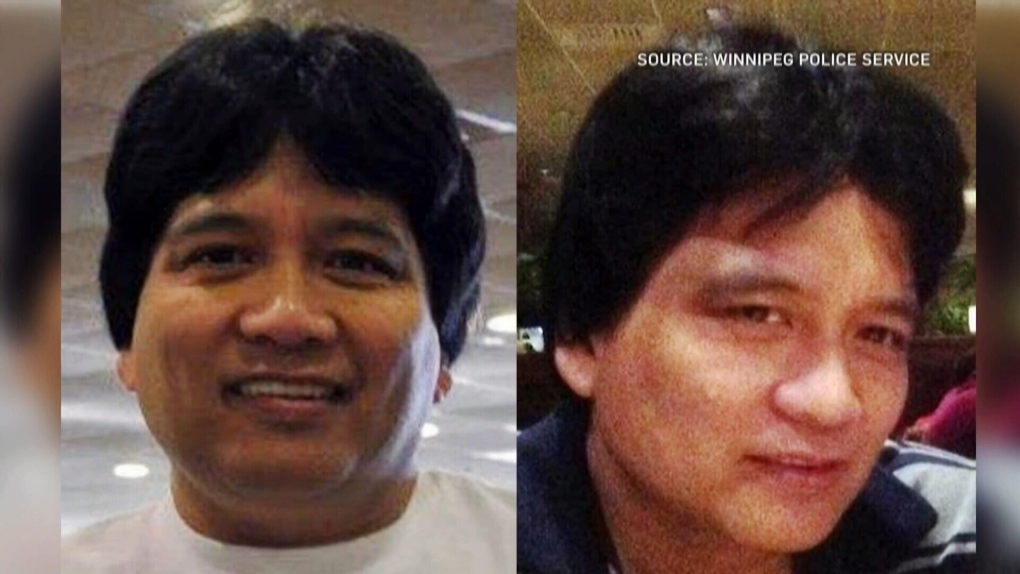 Sentencing for a Winnipeg man found guilty of manslaughter by a jury last month in the June 2018 disappearance and death of 59-year-old Eduardo Balaquit is set for Nov. 9, 2022.

Kyle Pietz, 36, was convicted following a trial that started in April and spanned one month.

The Crown has already indicated it will be seeking a life sentence.

Prosecutors argued Pietz – a former employee of Westcon Equipment who the court heard had no income, significant debt and who the Crown argued was desperate for cash at the time of Balaquit’s death – circled Westcon and waited for his intended target.

Balaquit ran his own janitorial business and worked cleaning Westcon in the evenings for 20 years.

The last time Balaquit was known to be alive was 6:05 p.m. on June 4, 2018, when he disarmed the alarm at Westcon — just as he’d done for the past two decades. However, that night was different because Balaquit never returned home, setting off a series of searches throughout Winnipeg and rural areas around Arborg, Man.

The Crown alleged Pietz, who was seen wearing a Westcon shirt in surveillance video that night, killed Balaquit at the business while robbing him of his bank cards and personal identification numbers (PINs).

It was the prosecution’s theory Pietz then went to a Safeway and a Manitoba Liquor Mart with Balaquit in the back of his blue Ford Escape before driving north of Winnipeg towards Arborg to hide his body.

Extensive searches of the area shortly after Balaquit’s disappearance failed to locate any significant clues.

Prosecutors argued Pietz then used Balaquit’s bank cards and PINs to withdraw a total of $700 from Balaquit’s bank account at a 7-Eleven ATM on Ellice Avenue in the early morning hours of June 5, 2018.

With no blood or DNA evidence, a sticky note found two days after Balaquit’s disappearance in a 7-Eleven bag in Pietz’s fridge is what the Crown argued linked Pietz to Balaquit and the crime scene because it contained a phone number for a Westcon customer and Balaquit’s PINs.

Even though police had the note early on, prosecutors only learned earlier this year that Balaquit’s PINs were on the piece of the paper after his wife Iluminada confirmed the information ahead of Pietz’s trial.