The emergency room at Seven Oaks General Hospital in northwest Winnipeg became an urgent care centre in July. The intensive care unit remained open to serve as a buffer, the WRHA says, but will close on Thursday. (Julianne Runne/CBC)

The overhaul of Winnipeg’s health-care system is continuing one week after a provincial election was fought over the issue, with the closure of the intensive care unit at Seven Oaks General Hospital set for next Thursday.

The department for critically ill patients who need consistent monitoring at the northwest Winnipeg hospital has been winding down operations since July, the Winnipeg Regional Health Authority said Friday.

The intensive care unit will close as planned next week, following the conversion of the Seven Oaks ER into an urgent care centre earlier this summer.

During the provincial election campaign, the NDP and Liberals promised to reopen Seven Oaks’ ER — a promise that won’t be realized after the re-election of the Progressive Conservatives on Tuesday.

She said “very few patients” are kept in the intensive care unit at this point.

“We left the ICU operational [this summer] because it’s a good buffer to ensure that any remaining acuity that we had to address at the site was managed safely,” Williams said.

With the department’s closure, intensive care will be concentrated at the three remaining Winnipeg hospitals with emergency departments: the Health Sciences Centre, St. Boniface Hospital and Grace Hospital.

The three hospitals have made “incremental increases” in their number of intensive care beds, and that will continue this November at HSC, Williams said. 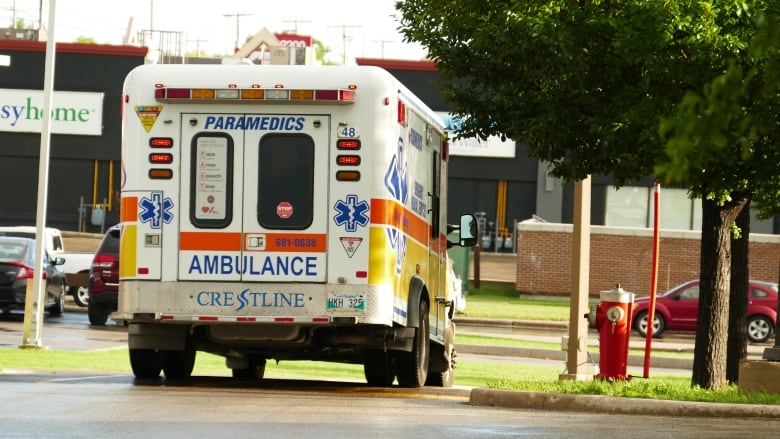 Patients who require serious medical attention will be transferred from Seven Oaks hospital to one of the three remaining ERs in Winnipeg. (Tyson Koschik/CBC)

Seven Oaks will be directing any patients with serious enough concerns to one of the ERs and ICUs, she said.

The intensive care unit at Seven Oaks had seven beds, but three of the beds were removed in August in preparation for the closure. Three of the four remaining beds were occupied on Friday, WRHA spokesperson Paul Turenne said.

The intensive care units at Concordia and Victoria hospitals have already been shut down as part of a massive transformation of Winnipeg’s health-care system, which began under the Progressive Conservatives in 2017.

The most notable change is the reduction in the number of emergency rooms, from six departments in Winnipeg to three. ERs at Victoria and Concordia, like the one at Seven Oaks, were converted into urgent care centres.

Williams said there are 61 intensive care unit beds in the city today — fewer than the 73 beds pre-overhaul, and that is by design.

“It is very challenging to compare. It’s not apples to apples,” Williams said. “We need to understand all of the beds and how we made those changes to ensure that we’re meeting all of the patients’ needs across the system.” 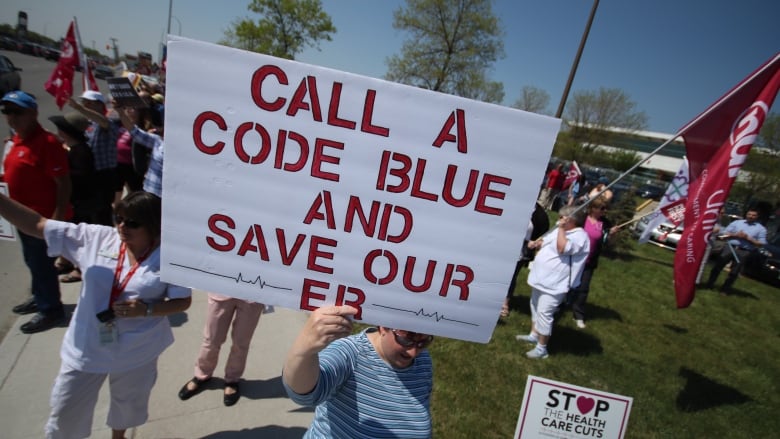 Protesters gathered on May 29 to call on the government to keep the Seven Oaks ER open. The health minister says voters gave his government an endorsement to continue with its health-care overhaul in the Sept. 10 election. (Tyson Koschik/CBC)

The closure of the Seven Oaks unit is a concern for the Manitoba Nurses Union.

“The remaining ICUs are struggling with capacity and staffing,” MNU president Darlene Jackson said in a statement.

“Vacancies at St. Boniface, HSC and Grace are high among critical care positions, and this limits their ability to accept more highly acute patients.”

Thirteen nurses and five nursing assistants worked at the Seven Oaks ICU. Those who are staying on with critical care work will be transferred to HSC.

NDP Leader Wab Kinew said the closure of the ICU is evidence that Brian Pallister’s government will not stop cutting health care.

“Experts tell us this will have serious implications for dialysis patients who rely on the ICU when something goes wrong,” Kinew said.

Health Minister Cameron Friesen said the changes to Seven Oaks were recommended months ago by clinical leaders and experts, and nothing has changed.

“We will note these changes were endorsed by voters — including those in the McPhillips constituency — with the re-election of our government earlier this week,” Friesen said in a statement.

PC candidate Shannon Martin won the riding over Greg McFarlane, the NDP candidate and founder of the Save Seven Oaks ER Coalition, by 105 votes, the unofficial tally from Elections Manitoba shows.