WINNIPEG — Three people – a man, woman and 2-year-old girl – died on Friday during a fire at a mobile home near the community of Plumas, Man., according to RCMP. 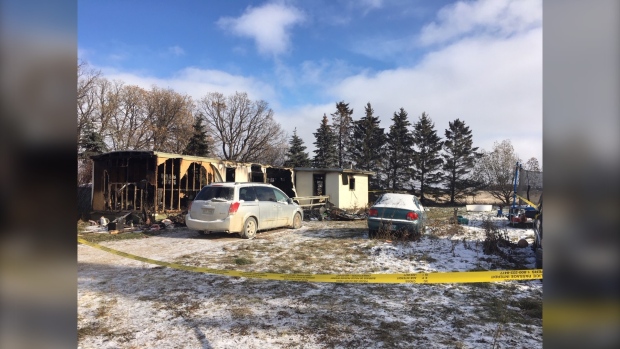 Once the fire was extinguished, Mounties and fire crew went into the home and found three bodies: a 36-year-old man, a 28-year-old woman and a 2-year-old girl. They all lived in the home.

Four other kids, who also lived in the mobile home, were found safe at another location.

RCMP told CTV News the other children weren’t home at the time of the fire.

Plumas Fire Department Chief Gordon Coutts said crews arrived within 12 minutes once they got the call.

“It’s tragic to have that happen here. It’s a small community. There’s not a lot of people living around here,” he said.

Coutts said a dozen firefighters encountered flames coming out of the windows and from of the porch.

“It was hot. The guys went in, and extinguished the one end. Come back to do the other end and we had it out, but it was too late.”

An autopsy has been scheduled.

The fire is being investigated with the help of the Office of the Fire Commissioner. 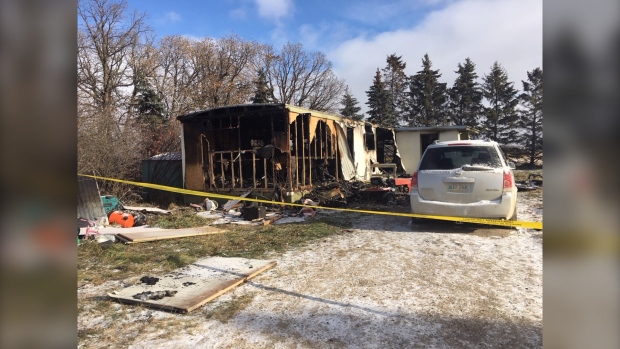 One neighbour told CTV News the deaths have devastated the community and described the victims as a nice family.

Donna Miller Fry, the superintendent of Pine Creek School Division, said the fire had a significant impact at the local school.

“Even if you didn’t know the children involved, it’s a significant trauma and we feel the need to respond,” she said in a phone call with CTV News.

Miller Fry said she has worked in school leadership positions in four province and said everyone responded to the tragedy with great care.

Miller Fry said staff have been surrounding students with love, reaching out to families, sending out messages to those involved, and having parents speak with their children to answer any questions they may have. She said they are also in the process of calling all families.

Miller Fry said a support team will be available on Tuesday, when classes resume, and the school community is looking at ways to support the family affected by the fire.

– With files from CTV’s Kayla Rosen. All photos from Bath Macdonell.