You Are Here Home news Sing out loud: 6 musicals at the 2019 Winnipeg Fringe Festival

The Winnipeg Fringe Theatre Festival isn’t all about intimate one-person shows or standup comedians. If musical theatre is more your thing, you’ll find that at the Fringe, too.

Here are our reviews of six shows that aim to put a song in your heart.

Musicals Are Stupid: A Stupid Musical

If you think musicals are stupid, this might be the musical for you.

The show revolves around Gus, an eye-rolling skeptic who’s tired of seeing people break out in song every time they go to the ATM. But Gus’s musical friends are worried about him. They stage an intervention and try to get his groove back.

Musicals are Stupid features six performers and a lot of really stupid jokes and songs. There’s a running gag about Gus pooping his pants, as well as constant references to another character’s bulging manhood. One musical number, which the cast admits is pointless, takes place in the library, except everyone intentionally mispronounces it “the libary”.

None of the show’s singers are going to Broadway. The show itself would probably never even make it off Broadway. But the cast thoroughly owns it, and if you’re not already a musical convert, Musicals are Stupid will make you one by the time it ends. 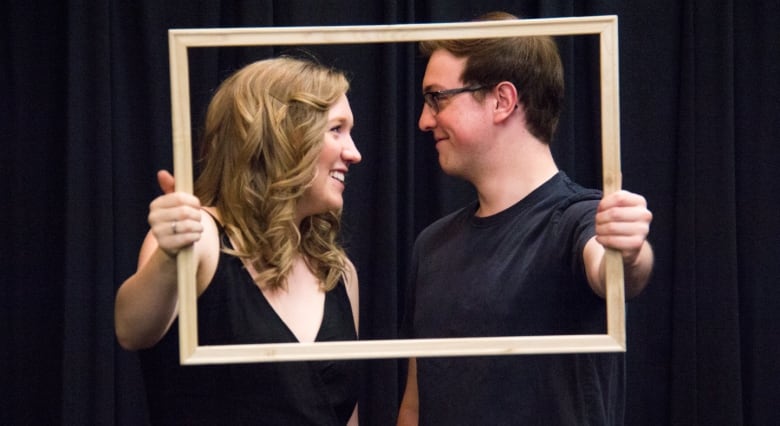 What would happen if you dropped some Glee-level energy into a photo exhibition? Probably something like this 2012 musical by American writer Ryan Scott Oliver.

Don’t expect a plot-driven piece — this is a song cycle based on the art photography of Matthew Murphy. So picture a pop-rock concert with some really good photography projections.

In drawing inspiration from Murphy’s photographs, Oliver’s songs explore a range of human experience — from heartache to a creepy murder ballad to the lament of a “manny” (that’s a male nanny).

It’s delivered by five young Winnipeggers (backed by a live trio) who give impassioned performances. That means they sing very loudly — a lot — and while their voices are quite good, the material seems to push them to their limits in spots. There were a few shrill notes and voice cracks at the performance I saw.

But they perform Oliver’s likable tunes with gusto, and the song cycle approach offers an interesting snapshot of humanity. 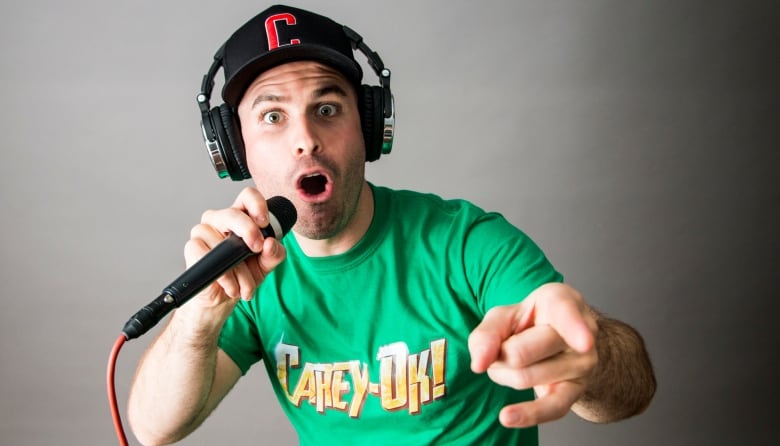 One of the special things about the Fringe is that, whatever your niche or talent, the festival provides you with a captive audience.

Carey Wass, a.k.a. Carey-OK!, uses his audience as a sounding board for his self-penned rap tunes, which he enthusiastically performs for an hour. One is a song about anxiety called You Shall Not Pass!, based on a line from a Lord of the Rings film. Another song, Run Tom Run, is inspired by a scene in a Mission: Impossible movie where Tom Cruise is chased by a dust cloud. For Wass, the dust cloud is a metaphor for depression.

It’s all a bit weird. But Wass, who hails from Victoria, BC, is so earnest, straight-forward and infectiously energetic that he’s impossible not to like. He tells personal stories that I wish were longer than his overly-long songs.

However, I doubt most Fringe-goers would be interested in Wass’s musical stylings. He’s better suited to the outdoor stage, where you could tune in if you like him — and tune out if you don’t. 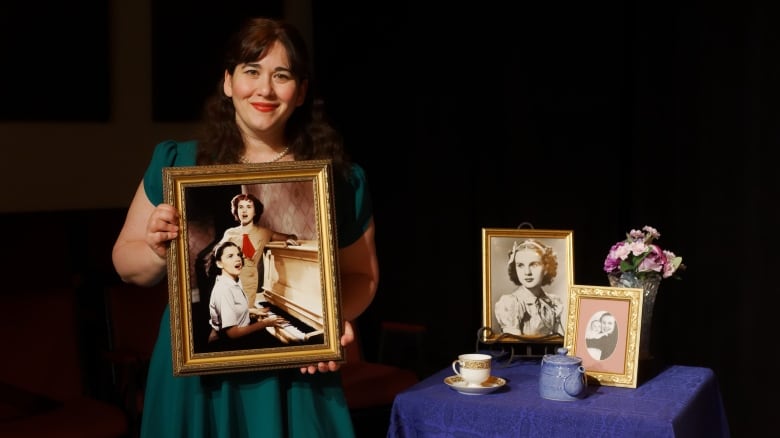 My biggest complaint about this show, given the renewed interest in Judy Garland, is that Judy makes no meaningful appearance in this chronological, paint-by-numbers storyline.

The show is a survey of Deanna Durbin’s brief but incandescent movie career, told from the perspective of an aged Durbin herself. The passable actor who hailed from Winnipeg enjoyed cult-like fame during the Depression before retiring to France.

Durbin got out early and did not suffer the later humiliations of Garland. Despite the high salaries, Hollywood was a cruel place for women — a male-run industry hypocritically obsessed with image and keeping up appearances.

These horrible demands on female stars are played out in this show as a necessity, and studio bosses are played as paternal and avuncular. It’s naive nostalgia with some zippy tunes.

Performer Melanie Gall has a beautiful ringing soprano, perhaps even technically more tuned to opera than Durbin’s. If this style of harmless summer stock theatre is your cup of tea, it’s not a bad brew — just a tad tepid.

Devon Gillingham and Connor Wielgosz, veteran creators of home-grown musicals at the Fringe, have set their latest show at a magic convention.

The duo plays a cast of eccentric characters, including Elias Magic, the world’s greatest magician, Sabretooth Stone, a frustrated illusionist who threatens to make the audience disappear, and Sven und Günther, two pumped-up Swedes with Björn Borg-style hair and bandanas.

Unfortunately, none of the characters are developed much beyond their accents and costumes, multiple plotlines never really come together and there’s not enough magic!

The King in Yellow, a Musical Parody

As Brad Torres is turning off all the venue lights before his show — “It  happens in the dark,” he says — he announces the new title: instead of The King in Yellow, a Musical Parody, it’s The King in Yellow, or the Mask. Makes sense, given what followed in no way resembles a musical.

The show consists mostly of Torres reading modified excerpts from a horror book called The King in Yellow by 19th-century American writer Robert W. Chambers. He occasionally inserts a song or stops to noodle on his electric piano and berate the audience as a character that talks like Bill Murray’s lounge lizard and refers to himself only as “a demon.”

At the end, Torres keeps us to explain his story is a feminist critique. That it’s very subtle and requires several viewings to understand.

It took every ounce of my patience to get through one viewing.