A sidewalk in Winnipeg’s downtown filled with tears, sorrow and love for their lost one Monday night, as families and friends mourned the death of Norma ‘Bambi’ Andrews.

Two days ago, Winnipeg Police were called to a home on Balmoral Street, between Sargent and Cumberland Avenues where they found the 28-year-old dead in a home.

Andrews hails from God’s River First Nation, and leaves behind two young sons, David and Julian, who “meant the world” to her, according to her friends.

Friend Thamer Garson said she knew Andrews for years, growing close over the past year. 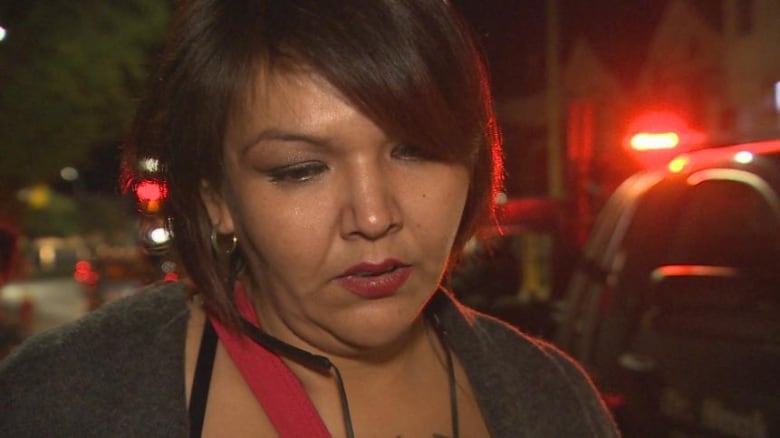 Thamer Garson, a close friend of Norma Andrews said she was invited by Andrews to the home where she was found dead. (Jeff Stapleton/CBC)

Garson said she saw Andrews Friday night, and said she was invited to the home where police later found her friend’s body.

“I was with her the night before this happened. She was trying to get me to come here,” she said.

“When I found I was shocked and devastated because I couldn’t believe how someone could do such a terrible thing to such a beautiful person, she didn’t deserve this,” said Garson.

“I wish justice happens for her.”

Andrews’ homicide is the 29th this year in the city of Winnipeg, a number that has already eclipsed the total number of homicides in 2018.

Police have not described how Andrews died, but some friends expressed concern about people she had been spending time with. 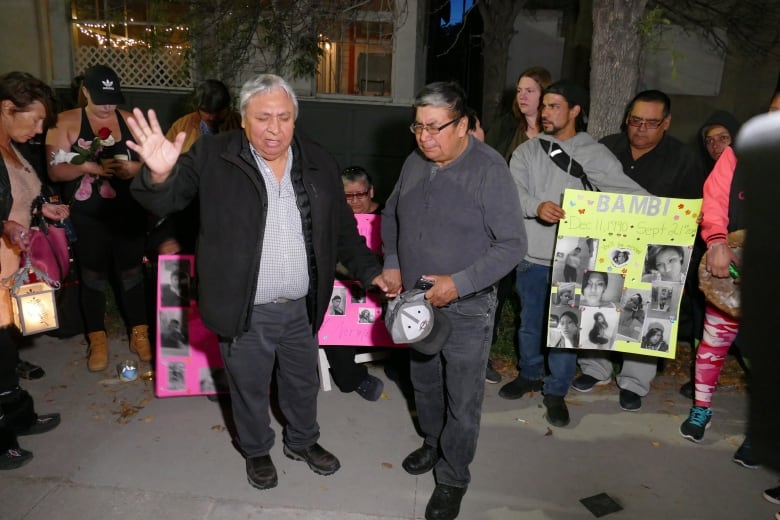 Norma Andrews’ grandfather, Rudy Okemaw, and father, Larry Andrews hold hands as they pray in front of a family, friends and supporters at her vigil on Monday night. (Jeff Stapleton/CBC)

‘Our heart has been broke’

At the vigil, as the crowd grew to close to 70 people, they were led into prayer by Norma’s grandfather, Rudy Okemaw.

“As a family we would like to thank you for showing up for Norma … I know our heart has been broke, and I know God is going to replace it,” he said. 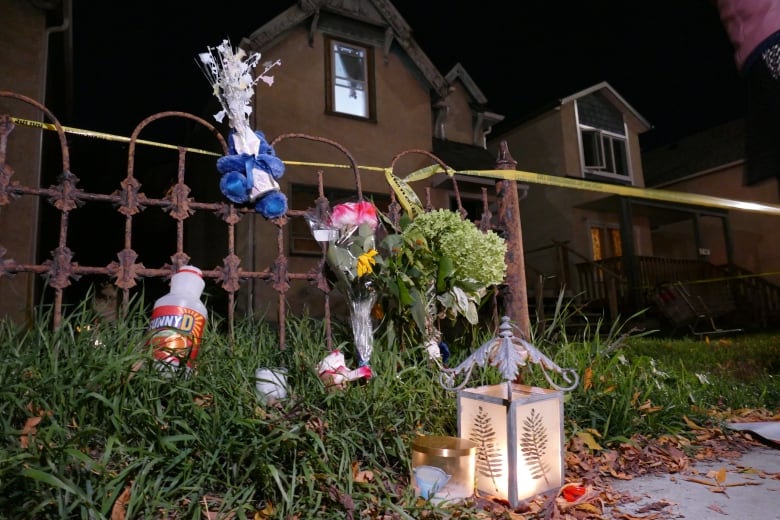 A makeshift memorial set up for slain 28-year-old, Norma Andrews, on Balmoral Street near a home where her body was found. (Jeff Stapleton/CBC)

“I wouldn’t know what to say, I never expected this to happen,” said Larry Andrews as he wept. He and other relatives had just arrived at the vigil after making the drive in from Thunder Bay.

Friends gathered spoke about how much Andrews would do for others. A group of them gathered in a circle to share their memories with CBC News.

“She was loved by many, and she’s going to be missed by many.” 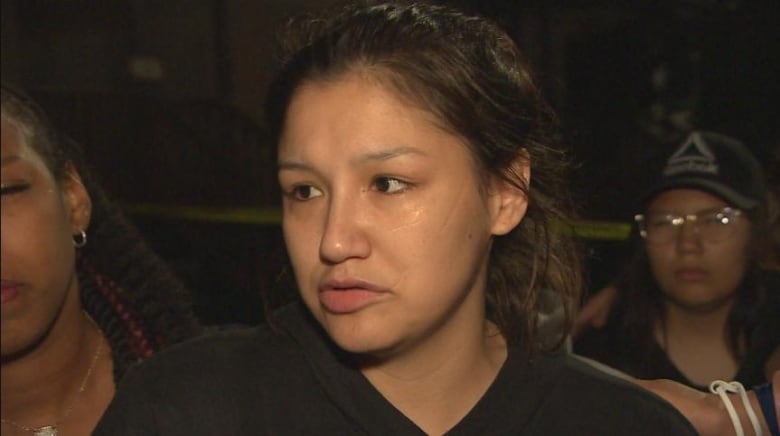 Tammy Green said she was devastated when she found out her best friend Norma Andrews had been killed. (Jeff Stapleton/CBC)

Wearing a black hoodie with tears streaming down her face and her voice cracking, Tammy Green tried to sum up who her best friend was.

“She always happy, outgoing, always had a smile on her face, no matter when or where the situation was,” said Green.

“She was a good person, anybody who knows her knows that, so please just give her family some closure.”

Green heard the news over the weekend, and struggled to make sense of it.

“We were shocked, I couldn’t believe it. She didn’t deserve to die like that, nobody does,” said Green, crying as her friends consoled her. 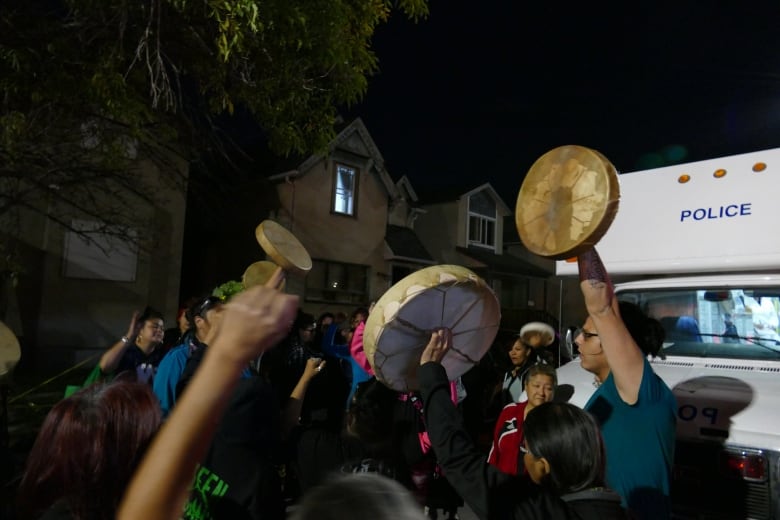 A drumming circle holds up their instruments in honour of Norma Andrews. (Jeff Stapleton/CBC)

“She was the kinda person to take her shirt off her back to give to somebody else, she would be there for you, no matter what,” said Melissa Sanderson, a cousin of Norma.

But, according to Garson — who spent a lot of time with Andrews over the last year —  the mother of two also had “demons.” She declined to elaborate.

The two friends worked in unison to combat their problems.

“We struggled together … emotionally, physically, trying to get by in this life, where we’re going next in this life, and being there for each other.