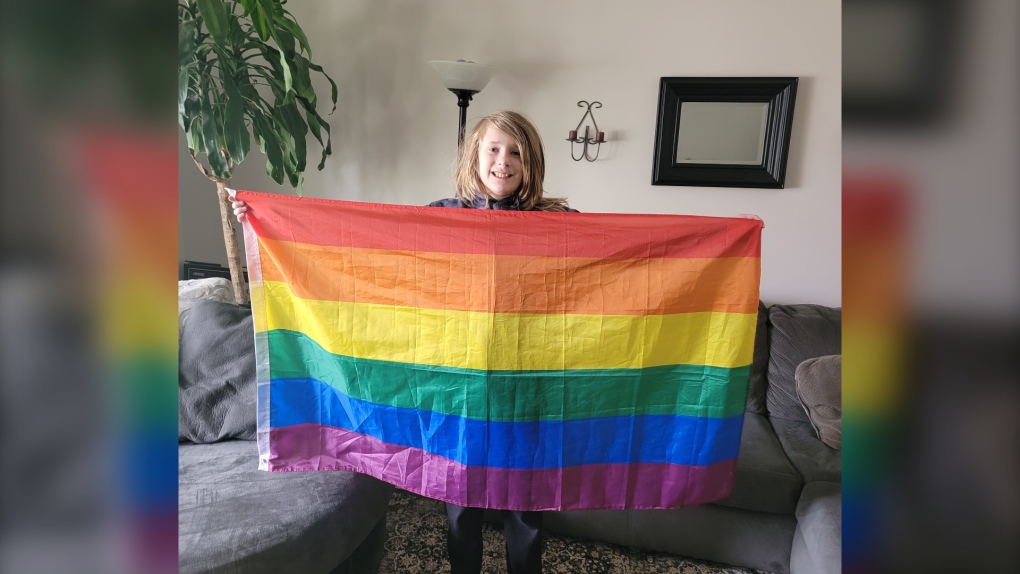 A Winnipeg mother is filing a complaint with the Human Rights Commission after her son was told not to talk about being gay or bring his pride flag to school.

On Friday, Jennaya Isaac says her 12-year-old son and his older sibling were playing at recess at Calvin Christian School. They climbed to the top of the play structure – and Kaiden waved his pride flag.

“He was pulled aside by the principal and he was told he was not allowed to have the flag there because it’s a pride flag,” Isaac told CTV News in an interview. “I was just completely appalled that the principal would do that.”

Isaac says Kaiden and his sibling brought the flag to school on Thursday anyway – and says some classmates threatened to cut and burn the flag.

An email shared with CTV News sent from the school’s principal to Isaac says in part the principal would be open “to discuss how we can find a positive path forward.”

CTV News reached out to the principal about the two incidents. He declined the request for an interview.

The chair of the school board says this is an ongoing and emotional issue – and the school is working with consultants on it.

Isaac said she has spoken with the human rights commission and is filing an official complaint Friday.

“I don’t think we should have to hide who we are,” she said.

CTV has reached out to a number of organizations affiliated with the school for comment – including Christian Schools Canada, The Prairie Centre For Christian Education, Christian Schools International, and Manitoba Federation Of Independent Schools. None of them have responded by the time this story was published.