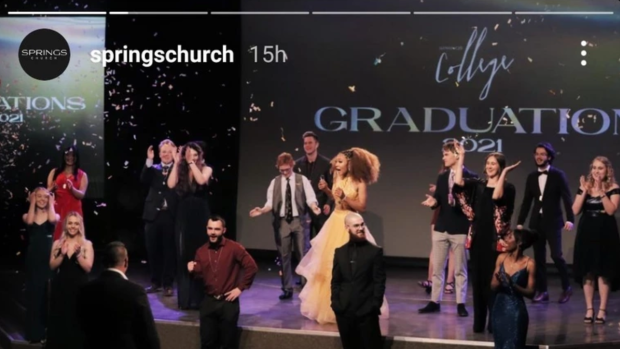 WINNIPEG — The investigation into a maskless graduation allegedly held by Springs Church in Winnipeg is now over and officials are reviewing the evidence to determine whether there will be any charges.

Photos of the graduation started circulating online late in May and showed people without masks.

“Now let me be clear. If rules were broken, charges will ensure. But people should be careful,” said Friesen. “Investigations must take place to determine if rules were broken. Appearances can be deceiving. They sometimes say a picture’s worth 1,000 words, but those pictures have to be investigated.”

Pastor Leon Fontaine, who attended the event virtually, defended the graduation the next day, saying it was a closed set and that students weren’t required to wear masks for their final picture.

Friesen said public health was in charge of the investigation and that evidence has been turned over to officials.

He said the officials will now determine if prosecution is needed.

Friesen said the majority of churches in Manitoba have followed the public health orders but there are a select few churches and followers who have defied the orders in place.

“In the challenges we have faced as a society in the past, the faith community was often stepping up, to make a difference,” he said. “I am really impressed by the creativity of groups. Church groups, community groups, other groups, non-profit agencies who say, ‘Okay, how can we help.'”

Friesen said more information will be released when it becomes available.