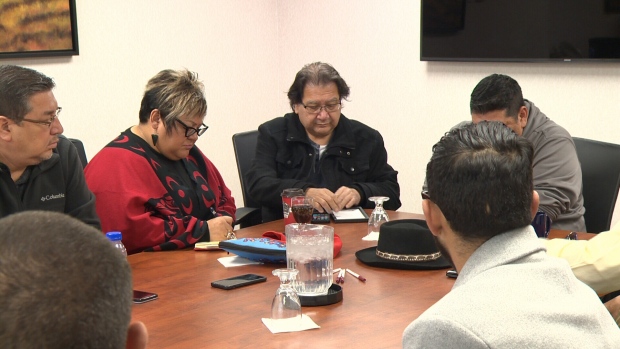 WINNIPEG — A state of emergency has been requested for six Manitoba First Nations as they deal with the effects of an October snow storm that has blanketed the province.

The storm has taken a toll on all six of the communities, where about 17,000 people call home, and community leaders said the need to act is urgent.

“Mostly vulnerable people such as elders and children are at risk in this snow storm, so with that we are declaring a state of emergency,” said Karl Zadnik, Executive director of the Interlake Reserves Tribal Council.

Zadnik said the lack of infrastructure in the communities makes the need for help urgent.

The IRTC said normally you have to wait 72-hours to declare a state of emergency, it’s hoping the federal and provincial governments will make an exception.

“We have to declare it right now, 72 hours could be too late, we have diabetic people that need meds, and we have kids that need food, and we have babies and their needs,” said Zadnik.

Once the move is approved, Zadnik said the priority will be to evacuate the communities and take them to somewhere like Winnipeg where they can stay in hotels.