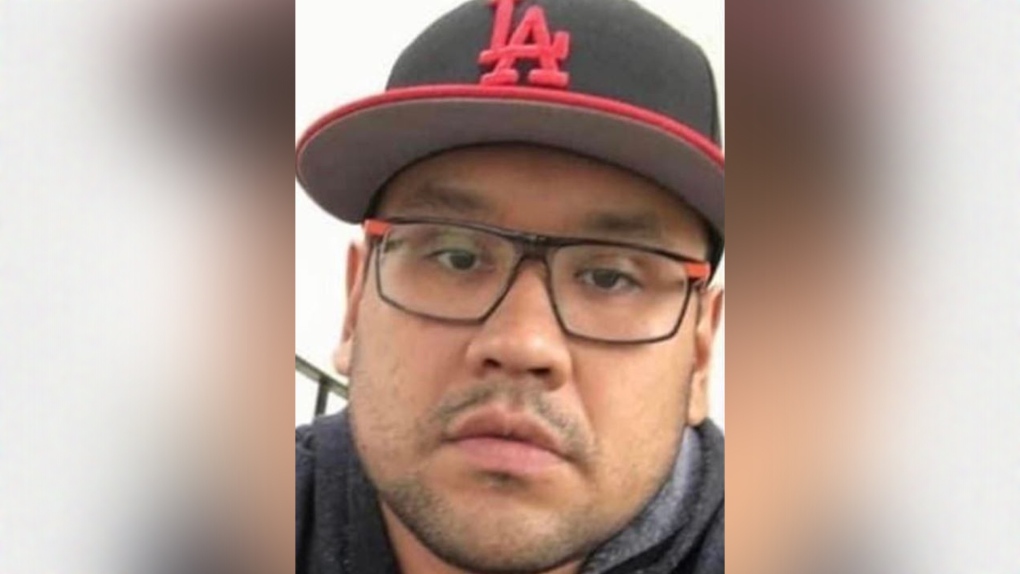 The prime suspect in a mass stabbing incident in Saskatchewan is dead following his arrest. Myles Sanderson, 30, was located by RCMP Wednesday afternoon.

Shortly after he was taken into custody, Sanderson went into medical distress and was subsequently transported by paramedics to hospital, according to RCMP Assistant Commissioner Rhonda Blackmore.

Speaking during a news conference in Regina Wednesday evening, Blackmore said Sanderson was pronounced dead in hospital. Before the arrival of paramedics, Blackmore said the Mounties on scene provided medical aid.

“All life-saving measures that we’re capable of were taken at that point in time until the arrival of EMS shortly thereafter,” Blackmore said

Sanderson died as a result of self-inflicted injuries, a source told the Associated Press. Blackmore said she was unable to speak to his manner of death and that an autopsy was pending.

As she began her remarks, Blackmore said the province “is breathing a collective sigh of relief” now that Sanderson is no longer at large.

Sanderson was located near Rosthern, Sask., around 3:30 p.m. Wednesday, after a public warning was issued saying a person reportedly armed with a knife had been spotted in Wakaw, Sask.

An in-progress break and enter had been reported to RCMP in Wakaw, according to Blackmore.

“Further information provided stated Myles Sanderson was standing outside of a residence northeast of Wakaw and was armed with a knife,” she said.

According to Blackmore, Sanderson stole a white Chevrolet Avalanche truck.

Based on a description included in the alert, police soon began to receive information concerning reported sightings of the vehicle.

The truck was spotted by an RCMP officer in an unmarked vehicle, travelling west toward Rosthern, Blackmore said — travelling at 150 kilometres per hour.

Blackmore said police caught up to the vehicle south of Rosthern and “directed” it off the road into a ditch following a pursuit.

“Police officers surrounded the vehicle and through verbal identification confirmed the identity of the driver to be Myles Sanderson,” she said.

A confirmed video shared on social media shortly after the arrest showed a white truck in a ditch on Highway 11, surrounded by RCMP cruisers with a helicopter flying overhead.

After arriving on scene, CTV News observed around a dozen police vehicles concentrated on the southbound lane of the highway with traffic being diverted.

Dallas Hanson is one of the many motorists who drove past the scene.

“It looks like they got all the forces out to get him. It’s tragic what happened,” Hanson said while speaking to CTV News on the side of the highway before Sanderson was known to be dead.

“I feel so bad for the family and friends, but I’m just glad they caught him.”

Blackmore said a knife was found inside the truck.

It is routine practice in Saskatchewan for an outside police service to investigate serious police-involved incidents.

The RCMP has also requested the Ministry of Justice to appoint an independent observer as required under the province’s policing legislation.

Wakaw is located roughly 100 kilometres southwest of the James Smith Cree Nation where all but one of the stabbings occurred. A 77-year-old man was killed in Weldon, Sask., a small village about 30 kilometres away from the First Nation.

Eleven people have died and 19 have been injured as a result of the stabbing spree which occurred on Sunday, according to police.

“I was at James Smith Cree Nation today. I was speaking to residents there,” Blackmore said.

“People were saying ‘I haven’t slept. I can’t sleep. I can’t close my eyes. Every time I close my eyes, I hear a noise and is that him? Is he coming back?’ So I hope that this brings them some sense of closure,” she said

Sanderson was charged with three counts of first-degree murder, one count of attempted murder and one count of break-and-enter. Police had anticipated laying more charges.

However, he was found dead in a grassy area of James Smith Cree Nation on Monday.

While some of the attacks appeared to have been targeted, others may have been random, investigators believe.

“Now that Myles is deceased, we may never have an understanding of that motivation,” Blackmore said.

“We’ve conducted 120 interviews to this point. There’s more that we have to do, but witnesses and people around him only have so much information. His motivation may at this time and forever only be known to Myles,” she said.

While at large, Sanderson was considered to be armed and dangerous. RCMP believed he may have been injured.

Blackmore said a first aid kit had been stolen from a vehicle in Weldon on Sunday.

“Which would indicate that he had some injuries and was trying to seek some sort of treatment for himself,” she said.

During a sombre news conference on Tuesday, the head of one of Saskatchewan’s leading Indigenous organizations revealed he had lost two loved ones in the tragic stabbing attacks.

“We’ve shed a lot of tears in the last couple of days,” Mark Arcand said while breaking up at a Saskatoon Tribal Council news conference.

“One of the young boys was hiding behind a highchair watching everything unfold,” Arcand said.

Speaking for the first time publicly since the tragic attacks, James Smith Chief Wally Burns said his community is grateful for the outpouring of support since the attacks.

“I’m holding back a lot of hurt, anger. I wish this was just a dream,” Burns said during a vigil held in Prince Albert, Sask. Wednesday evening.

“Every day when I woke up, that’s the first thing I thought of.”

Burns asked for prayers for both his community and Weldon.

In an update issued Wednesday afternoon, the Saskatchewan Health Authority (SHA) said out of 17 individuals admitted with injuries related to the stabbing, 10 remain in hospital. Two of the patients remain in critical condition.

A dangerous persons alert issued first Sunday morning in response to the attacks had been in effect throughout the week.

It was cancelled Wednesday afternoon.

–With files from Carla Shynkaruk and Tyler Barrow.

(1737)
$15.99 (as of October 2, 2022 10:47 GMT -05:00 - More infoProduct prices and availability are accurate as of the date/time indicated and are subject to change. Any price and availability information displayed on [relevant Amazon Site(s), as applicable] at the time of purchase will apply to the purchase of this product.)

(8659)
$68.69 (as of October 2, 2022 10:47 GMT -05:00 - More infoProduct prices and availability are accurate as of the date/time indicated and are subject to change. Any price and availability information displayed on [relevant Amazon Site(s), as applicable] at the time of purchase will apply to the purchase of this product.)

(35626)
$11.97 (as of October 2, 2022 10:47 GMT -05:00 - More infoProduct prices and availability are accurate as of the date/time indicated and are subject to change. Any price and availability information displayed on [relevant Amazon Site(s), as applicable] at the time of purchase will apply to the purchase of this product.)

(9610)
$25.59 (as of October 2, 2022 10:47 GMT -05:00 - More infoProduct prices and availability are accurate as of the date/time indicated and are subject to change. Any price and availability information displayed on [relevant Amazon Site(s), as applicable] at the time of purchase will apply to the purchase of this product.)

(1475)
$26.97 (as of October 2, 2022 10:47 GMT -05:00 - More infoProduct prices and availability are accurate as of the date/time indicated and are subject to change. Any price and availability information displayed on [relevant Amazon Site(s), as applicable] at the time of purchase will apply to the purchase of this product.)