Supreme Court justices found themselves on the hot seat Monday, facing a barrage of tough questions from Winnipeg high school students on issues ranging from First Nations land claims to the essence of legality and morality.

At Miles Macdonell Collegiate — one of nine schools that got visits from a justice Monday — an auditorium full of teens grilled Justice Russell Brown, joined by Manitoba Court of Appeals Justice William J. Burnett.

“Are we getting any softballs this afternoon?” Brown joked, after a student stepped forward with a question about consensus and conflict between Supreme Court justices.

In a historic first, Brown and the other eight Supreme Court justices are in Winnipeg this week to engage with the public and hear two cases. The proceedings will mark the first time in the court’s 144-year history justices will hear a case outside of Ottawa.

On Monday, each justice also visited a Winnipeg high school, as part of a “listening tour” to answer students’ questions. 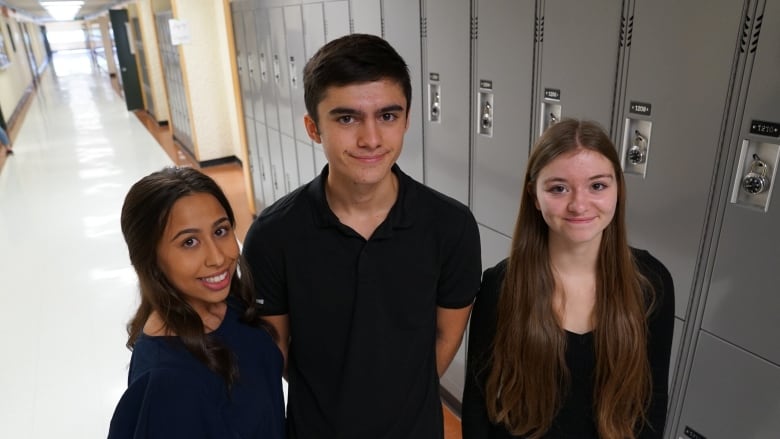 “It was incredible. I was really surprised and really shocked,” said Sara Mueller, 16. The Grade 11 student at Miles Mac helped organize Brown’s visit as part of the school’s Supreme Court Committee. “They haven’t left [in] 144 years, and now they’re coming here? Crazy.”

Mueller said she’s considering law as a career, and wants to see an overhaul of the family law system. Also on the committee was Sabiha Imtiaz, 16, who said she’d like to see more minorities in the House of Commons.

“I just think it’s necessary to know the society you live in, and what rights you have,” added Imtiaz.

“Honestly, I just want everybody else in our school to have a good experience,” said Lochlan Lubinski, 16. The Grade 11 student was also on the committee to organize the event. “That’s what I want the bottom line to be: I want everybody to learn at least one thing today.”

The visit to Winnipeg is part of an effort to make the Supreme Court more accessible to Canadians. Supreme Court Chief Justice Richard Wagner told media Monday morning he insisted on visiting high school students, to engage the younger generation. The justices will also meet with Indigenous, Métis and French leaders.

In its history, the court has had 79 male and 10 female justices. It has never had an Indigenous justice. 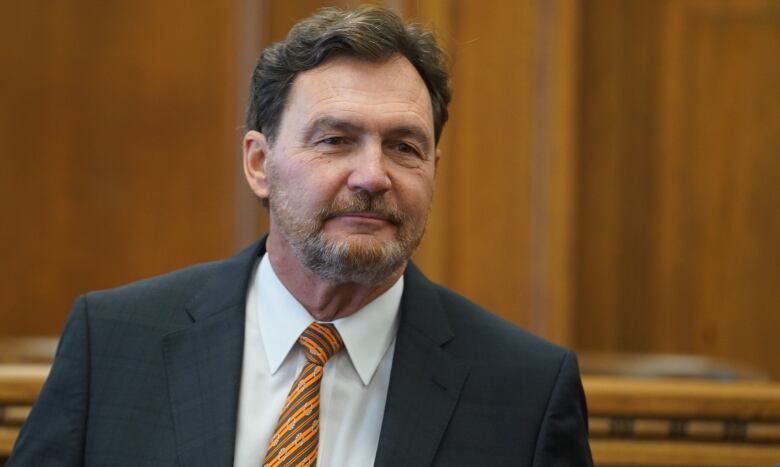 “It’s a question of respect. I think that Canadian people should see themselves in their courts and in the Supreme Court. If only for that reason, I would hope that one day we would be able to sit with a colleague of Indigenous origins,” he said.

‘Why not have a First Nations person up there?’

Ahead of the Q&A at Children Of The Earth High School, Grade 9 student Cornelius Kakegaemic said he’d like to see an Indigenous justice. 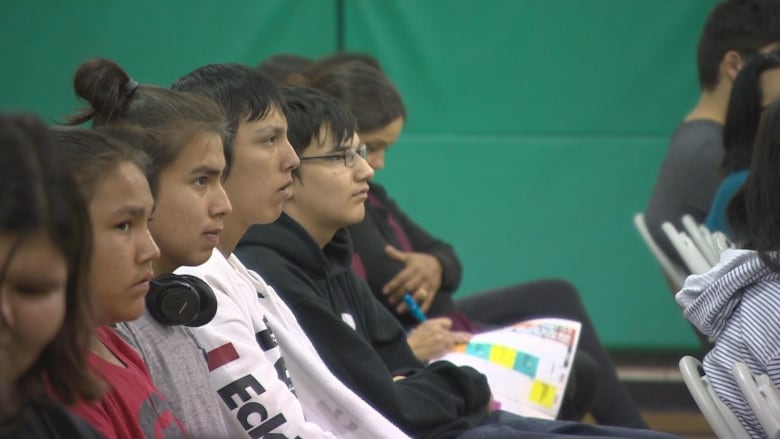 Students at Children Of The Earth High School listen during a Q&A with Supreme Court of Canada Justice Andromache Karakatsanis on Monday. (Lyzaville Sale/CBC)

Grade 9 student Crystal Garson, 14, said it would be inspiring to see an Indigenous justice. She said she hoped to ask Justice Andromache Karakatsanis about the Supreme Court’s thoughts on missing and murdered Indigenous women and girls.

“I think they probably will think a little bit more carefully next time they hear about the Supreme Court of Canada or about a case or a belt law. I hope I sparked an interest,” she said.

“They’ve clearly done a great deal of thinking about it.”