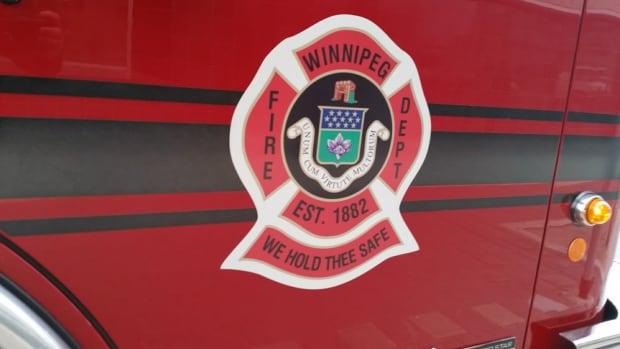 Winnipeg fire crews got the fire at a rooming house on Ross Avenue under control in roughly 15 minutes. (Darren Bernhardt/CBC)

Ten people were forced from their home Wednesday after a fire in a Winnipeg rooming house, believed to have been caused by cooking left unattended.

Winnipeg fire crews were called to the 2½ storey home around 5:30 p.m. Wednesday, the Winnipeg Fire Paramedic Service wrote in a release.

Crews found smoke coming from one of the suites in the home on Ross Avenue, near Isabel Street, and had the fire under control about 15 minutes later.

No injuries were reported, the release said. Two people escaped the home before crews arrived and one person was assessed by paramedics, but didn’t need to go to the hospital.

Crews kept the fire contained to a single suite, but the entire building was damaged by smoke and water, the release says.

The fire is under investigation.

“Preliminary information suggests its cause may have been accidental, due to unattended cooking,” the fire paramedic service wrote in the release.

The city is reminding residents to stay in the kitchen while cooking and turn off stove burners when leaving the kitchen, even for a short time.

Anything that can catch fire — oven mitts, wooden utensils, food packaging, towels or curtains — should be kept away from the stovetop.