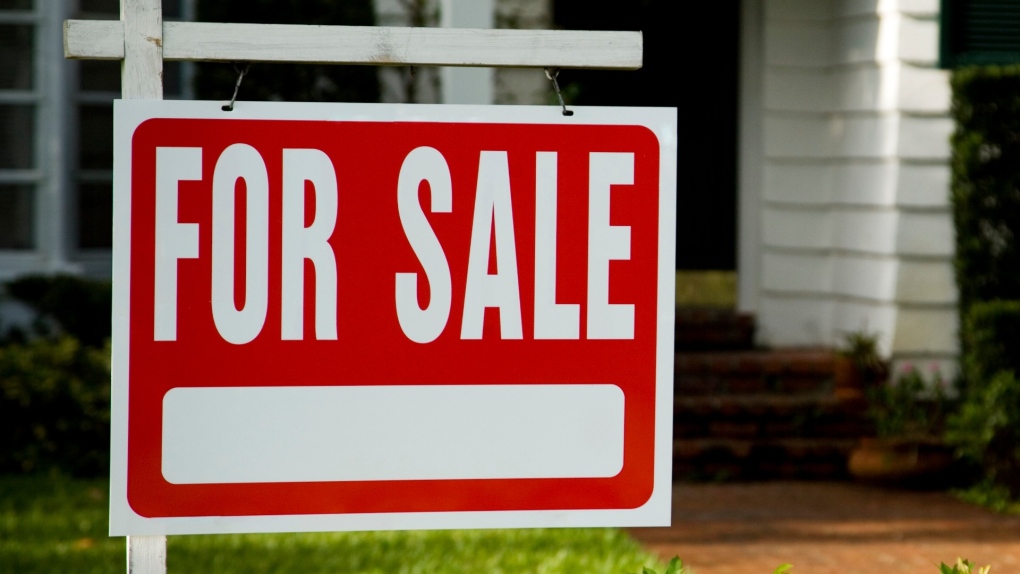 The real estate market is starting to balance out in Winnipeg according to the latest numbers from the Winnipeg Regional Real Estate Board.

The prices for a single-family home are also beginning to come back down.

For those who may be looking to buy a home, CTV News Winnipeg has compiled a list of some homes throughout the city that are available.

This St. Vital home was built in 1985 and features four bedrooms and two bathrooms.

The bi-level home has been upgraded inside with hardwood floors, granite countertops in the kitchen and maple cabinets.

In the backyard, there is plenty of green space, an area for gardening, a shed and a deck on the side of the house.

The home is also within walking distance of St. Vital Mall.

This is a relatively new home in Winnipeg, built in 2005. This Island Lakes property has four bedrooms and three bathrooms and includes a large dining room/living room area, as well as a place to set up a dinner table in the kitchen.

The home also has a fully developed basement with bedrooms downstairs and there is also a full laundry room on the main floor.

In the back, there is a deck that goes onto a large patio area and also has a grassy area.

This Meadowood home was built in 1976 and has three bedrooms and one bathroom.

It is a three-level spilt home that gets plenty of light through the big windows in the front of the house.

The home also features an upgraded bathroom, new LED lighting and a large backyard with plenty of space for activities.

The back has a walk-down deck onto a patio and includes a shed. It also is in a prime location minutes away from St. Vital Mall.

This Bridgwater Centre home isn’t even 10 years old as it was built in 2014.

It has two bedrooms and two bathrooms with a kitchen that features stainless steel appliances and a marble backsplash.

For those who like plenty of closet space, the main bedroom has a walk-in closet, something that is also included in bedroom number two.

Outside, the backyard has a private patio/fire pit space.

It is close to several amenities in the community and is a short distance from the University of Manitoba.

This Richmond West home popped up in 1983 and features three bedrooms and two bathrooms.

The split-level home has an open concept that sees the kitchen and dining room blend into one.

The kitchen has newer appliances and the basement is fully developed.

The home has a large backyard and also a garage to protect your vehicle in the winter.

Located in the community of Charleswood, this home was built in 1974 and has plenty of space.

Throughout the 1,275-square-foot home, there are three bedrooms and three bathrooms.

In the living room, there are large front windows and a fireplace.

The home also has an open kitchen and dining rooms plan and a fully developed basement.

Speaking of space, the backyard is large with plenty of room for kids to play and other activities for adults.

This home has been around in Winnipeg for quite some time as it was built in 1957.

This Garden City home has three bedrooms and two bathrooms. The living room and dining room are connected and create a large main-floor living space.

In the basement, has a large rec area with a bar, a bonus room, and office area as well.

The backyard is quite private and includes a deck that can fit an outdoor eating area.

Located in Tyndall Park, this four-bedroom, two-bathroom home was built in 1975.

The basement, which can be accessed through a side door on the house, has a large rec room for entertainment and also includes a separate laundry room.

There is new flooring throughout the home and the basement bedroom and rec room have newly installed pot lights.

This spilt-level home in Maples was built in 1981 and has four bedrooms and three bathrooms.

The main floor living room area is quite spacious and is an open concept from the kitchen to the dining room.

The lower level of the split includes a family room, while the basement has a large rec room.

The backyard has a massive deck that is also split-level and the yard includes a gravelled play area for kids.

The bungalow includes an open-concept living and dining room area and a kitchen that has stainless steel appliances.

The main bedroom has an ensuite bathroom. The lower level of the home is unfinished, meaning people can update it any way they want.

Outside, there is plenty of deck space that can fit an outdoor eating area and a barbeque.

This home in Elmwood doesn’t get much newer, as it was built in 2021.

There is plenty of space for a family as the home includes five bedrooms and four bathrooms.

An island in the kitchen is part of the open floor plan on the main floor.

There is also closet space scattered throughout the home and there is a full washroom as well.

The backyard is untouched and can be converted into any kind of outdoor living space.

This Kildonan Meadows home, which was built in 1981, is move-in ready.

The three-bedroom and two-bathroom home has been renovated and has hardwood floors throughout much of the living area.

The home has a detached double-car garage that backs off into a large backyard that is very open for activities. It also features a deck that can fit a hot tub on it.

This condo complex was built in 2014 and can have up to four bedrooms and four bathrooms.

The Fairfield Park location has a large living room – dining room area and a private balcony off the main floor.

There are stainless steel appliances in the home and new vinyl plank flooring.

The owner would also have access to an attached single-car garage.

This home is within walking distance of several amenities and the University of Manitoba.

The downtown building went up in 2016 and this space has two bedrooms and two bathrooms.

The 822-square-foot condo is located on the 17th floor and features a living space and kitchen in between the bedrooms.

Each room has windows stretching from the floor to the ceiling and plenty of closet space.

This Royalwood home has everything to offer a potential homebuyer.

The building, which was built in 2015, has two bedrooms and three bathrooms and has an open kitchen, dining, and living room area.

The kitchen includes stainless steel appliances, granite countertops, and an island in the middle. There is also an electric fireplace in the living room.

This condo also includes an insulated garage and is pet-friendly.

(48764)
$13.78 (as of December 7, 2022 10:28 GMT -06:00 - More infoProduct prices and availability are accurate as of the date/time indicated and are subject to change. Any price and availability information displayed on [relevant Amazon Site(s), as applicable] at the time of purchase will apply to the purchase of this product.)

(3580)
$24.98 (as of December 7, 2022 10:28 GMT -06:00 - More infoProduct prices and availability are accurate as of the date/time indicated and are subject to change. Any price and availability information displayed on [relevant Amazon Site(s), as applicable] at the time of purchase will apply to the purchase of this product.)

(9467)
$59.99 (as of December 7, 2022 10:28 GMT -06:00 - More infoProduct prices and availability are accurate as of the date/time indicated and are subject to change. Any price and availability information displayed on [relevant Amazon Site(s), as applicable] at the time of purchase will apply to the purchase of this product.)

(223677)
$13.49 (as of December 7, 2022 10:28 GMT -06:00 - More infoProduct prices and availability are accurate as of the date/time indicated and are subject to change. Any price and availability information displayed on [relevant Amazon Site(s), as applicable] at the time of purchase will apply to the purchase of this product.)