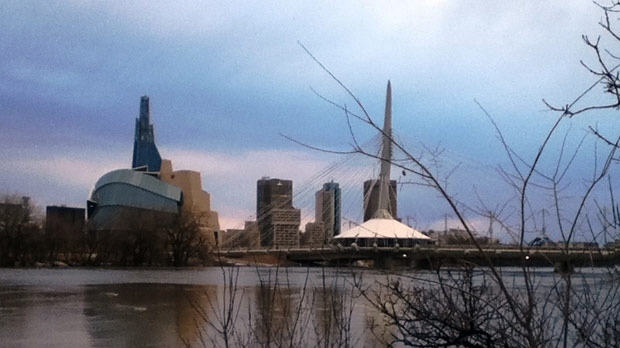 WINNIPEG — As more Manitobans get vaccinated and public health orders continue to loosen, a new initiative is urging Winnipeggers to play tourist in their own city.

Tourism Winnipeg has launched a summer campaign called ‘Here For It Winnipeg,’ which is aimed at getting residents to support local businesses.

“The messaging behind it is we want to be here for our restaurants and hotels and attractions now in the short-term, so they can be here for us in the long-term,” said Sarah Robinson of Tourism Winnipeg.

“We know that they’ve been really suffering and so now is the best time during our summer vacation to explore everything that Winnipeg has to offer.”

Manitobans can take part in the campaign by going to the ‘Here For It’ website, which is divided into different sections based on interest.

“(It’s) chock-full of ideas of what you can do in the outdoors. From, for example, exploring Winnipeg’s various neighbourhoods.”

She noted some other outdoor options for Winnipeggers are renting bikes or finding places to canoe and kayak.

The campaign also provides information for those hoping to go on a culinary adventure in Winnipeg.

“Everybody likes to eat,” Robinson said.

“Winnipeg has a fantastic restaurant scene. So whether it’s exploring some of Winnipeg’s well-known restaurants that have been around for a while or little hidden gems that have fantastic food and supporting those smaller businesses.”

There is also a section of the website aimed at fun family activities, as well as one for retail options.

“Whether it’s going to the larger places, like Outlet Collection Winnipeg, C.F. Polo Park. Or exploring some of the little boutiques on Academy Road or the Exchange District,” Robinson said.

Robinson noted it’s important to help out local businesses, as many of them have been faced with a number of challenges during the COVID-19 pandemic.

“We need to support those businesses as much as we can because if it [isn’t] for us, who knows if they’re going to be there in the future?” she said.

“So we need to get out there and we need to support them as much as we can.”

Robinson added that the tourism industry has also suffered during the pandemic because it was much more difficult for people to visit Winnipeg due to the restrictions.

“As restrictions loosen, I know we are able to travel, to a certain extent,” she said.

“So that’s starting to happen as more borders open and we’re able to welcome back more visitors. It’s going to really help the tourism industry of Winnipeg.

– With files from CTV’s Renee Rodgers.