WINNIPEG — A Manitoba woman is sifting through the rubble of her home after a fire believed to have been started by a faulty extension cord burned it down.

Cheryl Walker, who lives in Lorette, woke up around 3 a.m. on June 24 to use the washroom when she noticed a bright glow outside, at first thinking it was a sunset because it was so bright.

The blaze had started in her backyard, eventually reaching the propane tanks on her barbeque which then exploded into her neighbour’s yard.

“(The fire) jumped on top of my roof and travelled all above the attic,” she said.

Walker and her partner, along with their cat and dog, were able to get out of the house and call 911. She said she escaped with only a robe and no shoes as about 10 trucks responded from Lorette’s volunteer fire department.

“I tell you, it was in a full complete blaze – they were now trying to save the two houses beside it so they didn’t catch on fire,” she said. “It is a full complete total loss.” 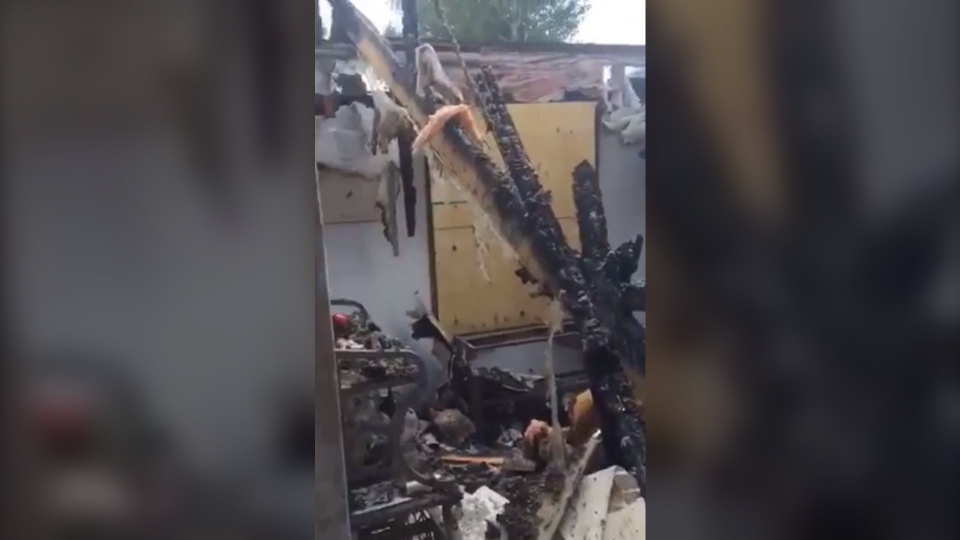 The aftermath of a fire in Lorette on June 24, 2021, that burned Cheryl Walker’s house. (Source: Joanne Seguin/ Facebook)

“I said to the chief, ‘My whole world is blowing up in smoke, and the only thing that is going to save me is my purse because it has my credit cards, it has the keys to the only car that is not burning in this house.'”

While the fire fighters were able to recover her purse, Walker said everything else in the house burned.

“There is nothing but rubble,” she said, now sifting through what is left of her home and taking pictures of anything of value for the insurance company.

“I’m devastated, because I never thought it would happen to me or I wouldn’t have downgraded my insurance,” she said. “You pay a lot of money for insurance in case this happens, and you never think it is going to happen to you – and when it does, man you have to be ready.” 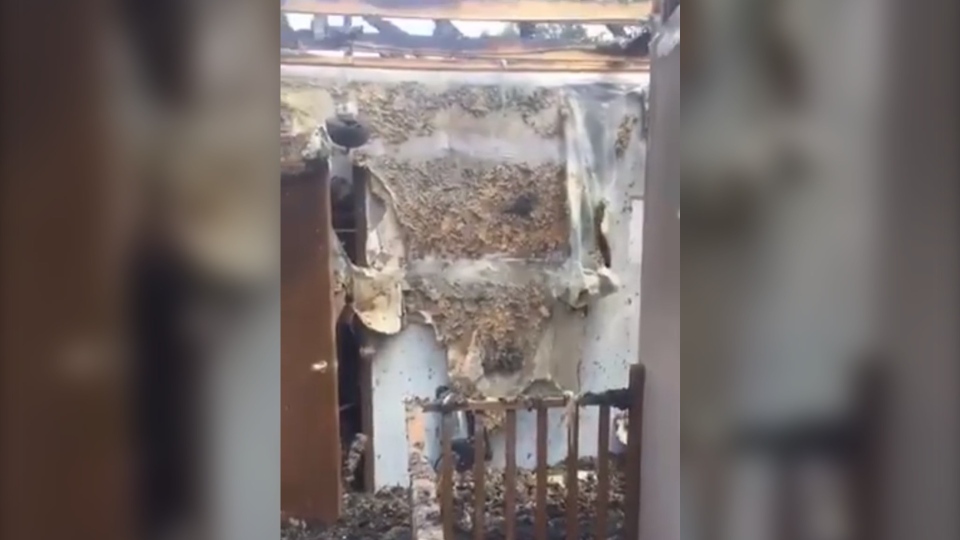 Walker said she has lived in Lorette for more than 20 years and the community has rallied around her. Some people have been paying for food for them, helping them clean up the rubble and donating money to a GoFundMe page set up to help Walker cover the costs.

Walker said the fire was started by a faulty extension cord. She is now staying in a hotel until she hears more from her insurance company, though she expects to know more next week.