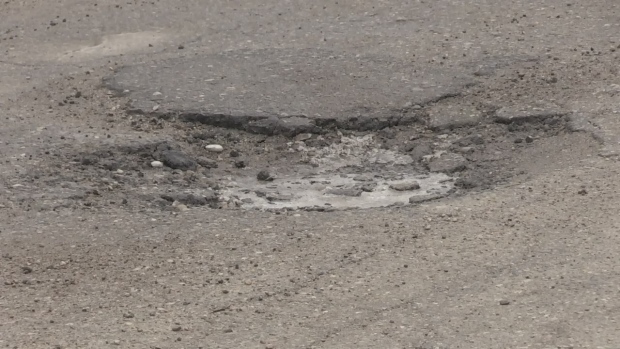 WINNIPEG — A Winnipeg road has topped CAA’s list for Manitoba’s worst road of 2021.

Taylor Avenue came in at the number one spot, which also happens to be the road’s debut on this list.

CAA said Taylor sits alone at the top of the list due to potholes and its crumbling infrastructure.

“If anyone has been down Taylor recently, it’s been challenging over the last several months. It has just been crumbling pavement, potholes, there has been a lot of industrial traffic there that has kind of torn up the road,” said Heather Mack, a government and community relations manager for CAA Manitoba.

Mack said Taylor seemed to be a road that everyone agreed with.

CAA said more provincial highways are climbing the list, while Winnipeg streets are falling off because the city has invested in road renewal.

“We want to see (the roads) repaired, we want to see them drop. So we are excited that the province is putting forward highway money as well.”

CAA said 3,000 votes were cast for the worst road list this year, with 421 roads nominated in over 55 municipalities.

Mack noted it wasn’t just drivers who voted on the roads, as CAA likes to hear from cyclists and pedestrians as well.

She said this list helps people understand how others view roads in the province.

“We want to take that and work with our partners, like Bike Winnipeg and Winnipeg Trails and talk about how we can take this knowledge and make roads safer for everybody.”

“The CAA Worst Roads campaign is a platform for Manitobans to make roads safer by helping municipal and provincial governments understand what roadway improvements are important to citizens, and where they need to be made,” CAA said in a news release.