WINNIPEG — Two statues of queens at the legislative grounds have been toppled.

Thursday afternoon, demonstrators part of events honouring the children who died in residential schools were at the Manitoba Legislature.

During the event, the statue of Queen Victoria was taken down and covered in red paint.

The base of the statue was also covered in red handprints. 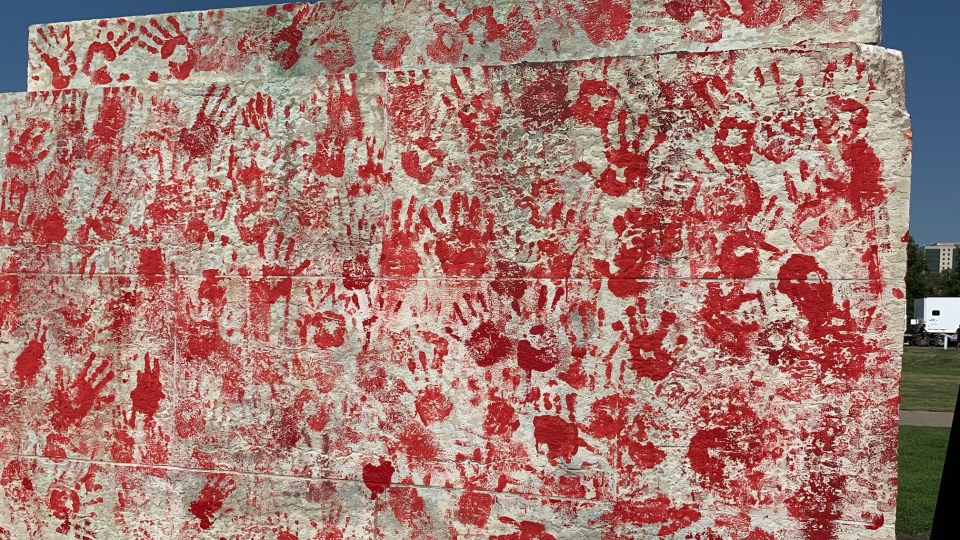 The Queen Victoria statue was first unveiled in 1904.

A second statue, one of Queen Elizabeth II, was also toppled during the event. 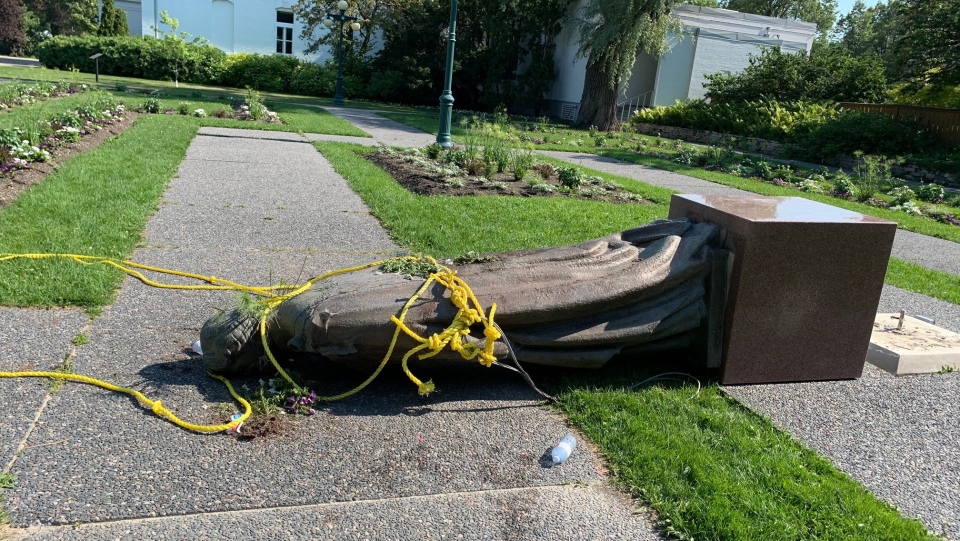 The statue is adjacent to the Government House.

There is no word if either of the statues have been permanently damaged.

CTV News will update this story with more details when they become available.