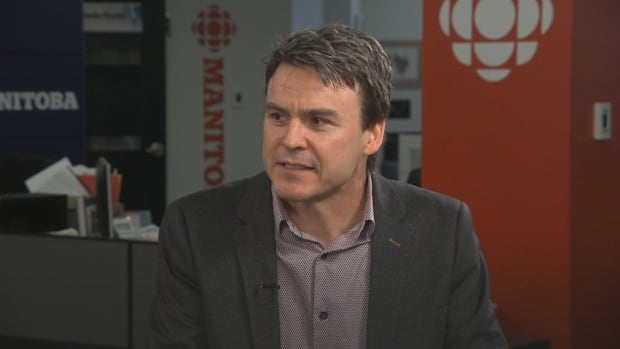 A Manitoba scientist who has been working to develop a COVID-19 treatment says news of a vaccine arriving within weeks is astonishing and comes far sooner than he ever expected.

“I’ve got to say, it’s incredible how the scientific community has pulled together to develop these vaccines so rapidly,” said Brian Mark, a microbiology professor at the University of Manitoba.

“I’m actually quite encouraged that once the [first] vaccination starts to be rolled out on a mass scale, that it’ll really make a dent in the pandemic. It could potentially just turn it right around.”

Mark was skeptical, back in March when the pandemic was first declared, that a vaccine would be developed anytime soon, if at all.

“Not only is there going to be one vaccine, there’s going to be multiple vaccines that cross the finish line roughly at the same time,” he said on Tuesday.

It helps that the scientific community has had previous coronaviruses to work with, such as severe acute respiratory syndrome (SARS).

There are actually seven strains of coronavirus that can infect humans, causing a variety of symptoms from a mild cough to severe respiratory illnesses.

While COVID-19 is a different strain — a novel coronavirus — the technology being employed to understand it, based on a molecule known as RNA, has been studied for quite a while, Mark said.

“Although this is the first time that this technology will have been used on a mass vaccination of humans, the technology is well understood,” he said.

Another reason for the rapid development is the financial support and co-operation of governments around the world.

One of the reasons it normally takes so long to get through clinical trials is that scientists often have trouble getting the funding to move on to the next phase, but combined efforts across the globe have helped jump-start manufacturing.

On Monday, Prime Minister Justin Trudeau announced that 249,000 doses of the two-dose Pfizer vaccine are expected to be dispersed across Canada starting next week, pending approval from Health Canada this week.

Health Canada is also reviewing applications for other promising vaccine candidates, including products from Moderna, AstraZeneca and the pharmaceutical division of Johnson & Johnson, Janssen.

“There hasn’t been any major adverse effects. The results that came out of the Phase 3 trials is really fantastic news.”

But people are going to have to be patient, Mark said.

“Now we’re facing logistical problems associated with not only manufacturing enough of the vaccine, but then getting it distributed. It’s going to be a huge undertaking.”

Two doses of the Pfizer vaccine will be required to be effective, so that works out to 124,500 people being treated by the 249,000 doses.

As well, the vaccine is expected to be distributed to the provinces on a per capita basis, which means there will be enough for about 4,500 Manitobans to get the two shots.

While the first shipment of vaccines to arrive will be relatively small, Trudeau has said it will give the provinces a chance to work through any kinks in the supply chain before the anticipated arrival of millions more doses in the first three months of 2021.

Canada has secured 20 million doses of the Pfizer product with options for up to 56 million more.

“The pipeline is starting to flow,” Mark said. “So people are just going to have to be patient and wait for the vaccine to arrive.”

Mark’s lab has been studying the molecular biology of coronaviruses for a decade, in collaboration with two Toronto-based labs, trying to understand how they work. They are targeting an enzyme called protease that coronaviruses need to survive.

They hope to then develop therapeutics — treatments or drugs — which typically take a much longer time than the development of a vaccine, “so it’s steady going,” Mark said.