United Way Winnipeg kicked off its sky-high fundraising campaign Friday with a show of strength and teamwork.

The organization is aiming to raise $21.6 million during its 2019 campaign for a network of 100 agency partners and programs.

The plane pull event brought in more than $88,000 toward that goal, according to United Way Winnipeg.

“Plane Pull is the perfect event to kick off our campaign,” Jeff Goy, the volunteer chair for the 2019 campaign said in a release. “It represents what people are capable of doing when we work together. And when it comes to community, we can do so much more together than we could ever do alone.” 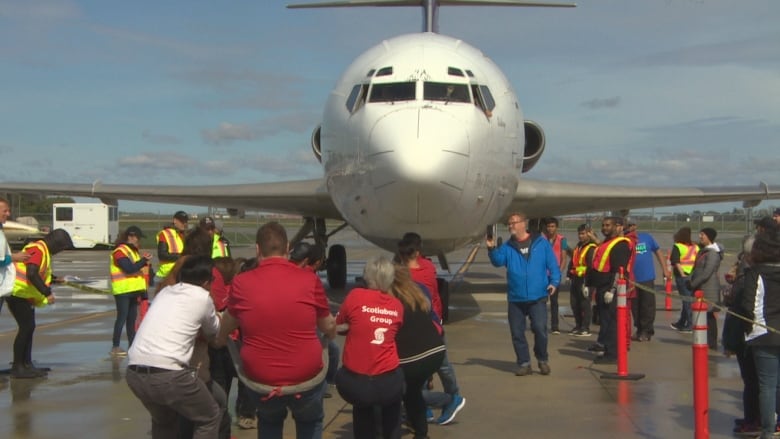 One of the United Way’s agency partners is the CNIB Foundation. Veronika Kanya, who has benefitted from the foundation, spoke at Friday’s event.

“CNIB saved my life when everything fell apart. I lost my eyesight at 23 and my world collapsed,” Kanya said. “I am so thankful to donors for giving me my independence. When you empower yourself, you empower others.”

This year, more than 500 workplaces throughout the city will run campaigns in support of United Way Winnipeg.