It is, unofficially, the longest wait a new offensive coordinator has ever endured before pulling on a headset and doing his thing for real – either at a game or even just a practice.

Buck Pierce was officially named the Winnipeg Blue Bombers’ new offensive coordinator on January 21, 2020, replacing Paul LaPolice after he exited to become the head coach of the Ottawa RedBlacks.

Within just a couple of months of settling into his new office and digging into the role, well, we all know what happened next. A global pandemic was followed by the cancellation of the 2020 Canadian Football League season.

Fast forward to today – some 518 days later – and Pierce is still eagerly awaiting to make his OC debut.

“I’m excited,” began Pierce in a media zoom call Tuesday. “It’s been a different year for all of us, obviously. But some good has come out of it as well. We’re preparing as we always do, had good contact with other coaches and players and continuing to just look at our offence internally, study a lot of the trends in the league and continue to build on what we left with in 2019.”

What the Bombers left in ’19 – for those of you who somehow need reminding – was a Grey Cup championship squad. And offensively, this has long been a ball-control offence that was dominated by old-school/smash-mouth approach that capitalized on a talented offensive line and the best running back in the CFL in Andrew Harris.

That isn’t likely to change in ’21, especially with everyone returning, but there are going to be some tweaks. Quarterback Zach Collaros, for example, will get a full camp and more than one regular season game to get comfortable at the controls. 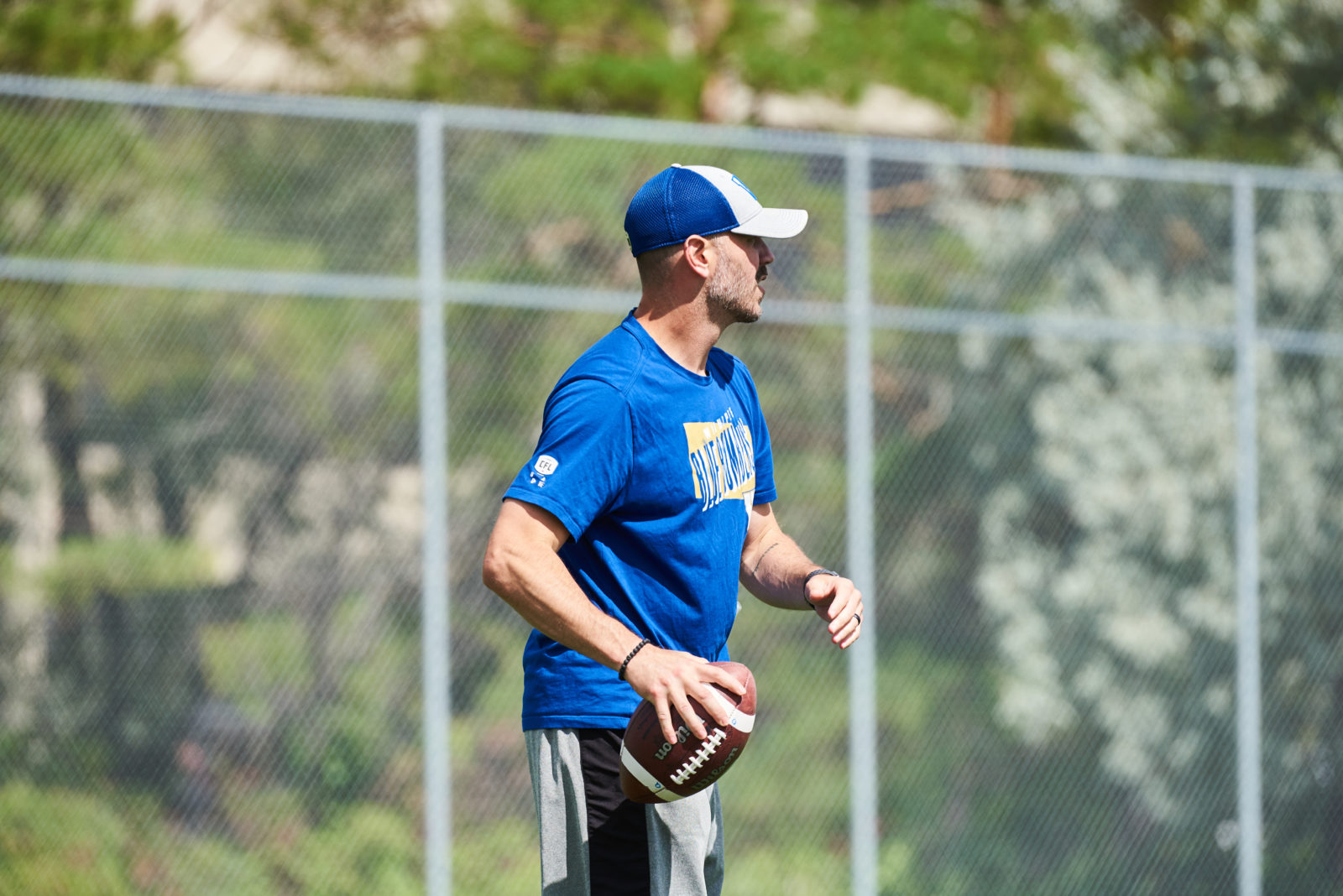 And Pierce would like to see more balance this year – the Bombers finished first in rushing, again, in 2019, but with three different quarterbacks at the controls due to injuries in Collaros, Matt Nichols and Chris Streveler, Winnipeg was last in passing yards per game at 212.2.

“Every offence wants to have balance,” said Pierce. “You want to be more than one-dimensional. Teams understand that we can run the ball. We believe that we’re as physical or the most-physical team in the league and we play to our strengths. We’re going to build on what we do well and continue to evolve and progress where we need improvement. And if that’s improvement in what we do well, there’s always, always growth there as well.

“It’s the idea of taking that next step with what we feel we can do offensively.”

Pierce isn’t big on the notion that this will be his offence or the narrative that touches on what changes he might make to the way LaPolice did things. The former QB has been readying for this gig for years, even turning down OC jobs with other CFL teams in the past. And as a player, he understands that the best offences are predominantly shaped by the personnel and not just by the plays the offensive boss draws on a whiteboard.

Ideally Pierce – like every coordinator – would love it if the Bombers offence was described as ‘multi-dimensional.’

“I get asked this question a lot, especially with the time off we did have without playing last year,” he said. “The players are going to determine what we look like. We believe we have a veteran group and we do things well that we’re going to continue to do. But it’s also about building on those things.

The Bombers currently have four quarterbacks on their roster in Collaros, second-year man Sean McGuire and rookies Dalton Sneed and Dru Brown. McGuire’s growth will be important, certainly, but the ’21 offence will largely be shaped by what Collaros does behind centre.

And Pierce can’t wait to back on the field again with the veteran pivot.

“A lot of Zach’s traits you can see when he’s on the football field: high energy, competitive… he’s won wherever he’s been,” said Pierce. “He’s just a driven individual, not just in football but in life.

“… It’s important at the quarterback position when you’re looking at someone and you get to know them that they do have that passion and football means a lot to them and they’re constantly preparing themselves and thinking about the game. There have been numerous texts and calls and screenshots or pictures from us watching all kinds of games throughout the last couple of years. It’s, ‘Hey Buck, what do you think about this?’ or ‘We could do this or this look’.

“What really comes out is his excitement to get back out there and be around his teammates and continue to prove he can be the guy that we need him to be.”