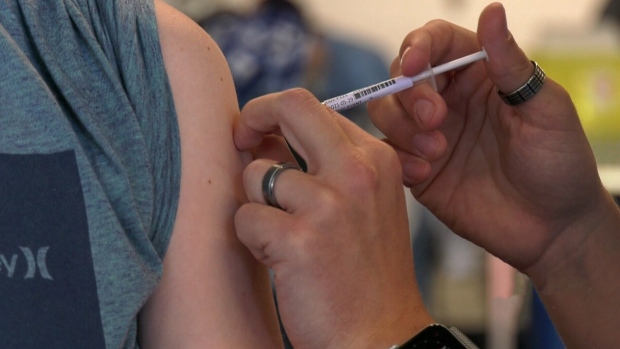 WINNIPEG — The province is still working to address tens of thousands of reports of incomplete immunization records.

Without this information, people can’t get their vaccine QR code or card.

The July 5 was Jeff Hurshman’s fully immunized day, which is two weeks after his second dose.

“I went online to apply with the app it said I didn’t meet the eligibility requirements,” said Hurshman.

He said one of his doses didn’t make it into the provinces system and he could not get his vaccine card.

He then followed the procedure online to correct the mistake.

“It wasn’t until yesterday I could actually speak to a human,” he told CTV News Wednesday.

So far 1.6 million doses of the COVID-19 vaccine have been administered in the province.

A provincial spokesperson tells CTV news there have been 27,000 inquiries about vaccination records and so far 12,000 of those have been addressed.

“More so than an error, it is the scope and size of what we’re doing,” said Johanu Botha, the co-lead of the Vaccine Implementation Task Force at a news conference Wednesday.

“In terms of getting data from individuals, and then entering the data into a system, and then maintaining that data and then ensuring that the data goes out into a vax card.”

Botha said even though it’s only one to two per cent of people having an issue with records, he gets the impact it’s having.

“We understand how frustrating that is, and that’s why we have a team, a large team working through this and we will continue to work through it.”

After his phone call Tuesday, Hurshman got an email the next morning saying his information has been corrected and in a couple of days he can get his card and all the benefits that come with it.

He’d like to have the card soon so he can go to dinner with his family, attend Bombers games and Jets games if proof of vaccination is required.

The provincial spokesperson also said there may be several duplicate inquiries regarding this, people who submitted through both email and phone or have submitted more than one inquiry.

Botha said there may also be inquiries that are just questions and do not require a data correction.

The task force’s goal is to have inquiries addressed within seven days.

Earlier this month, that goal was being met but numbers have since increased, and work is underway to reduce the backlog as soon as possible.