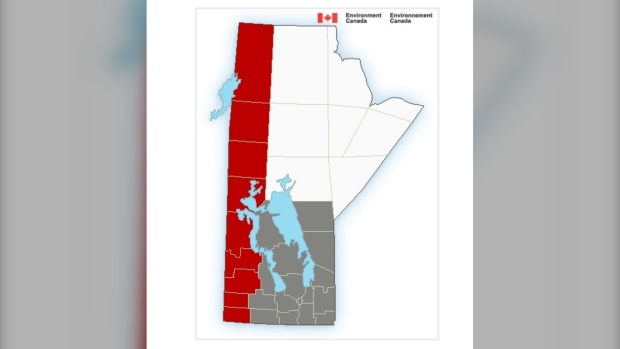 WINNIPEG — The provincial government said several highways in the province are closed due to poor winter driving conditions.

According to an update Wednesday morning, the following three highways remain closed

The province adds closure gates and message signs may not be visible in the area.

The western edge of Manitoba is currently under a snowfall warning, according to Environment Canada.

The City of Winnipeg is currently under a special weather statement, noting a strong low pressure system is tracking north from the Dakotas. The system has the potential to spread heavy snowfall over parts of central and southern Manitoba Thursday, before ending on Friday.