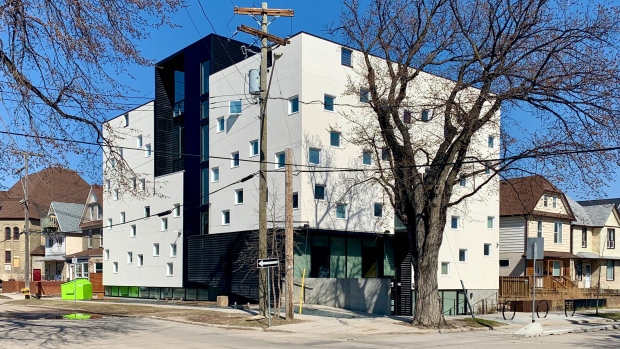 WINNIPEG — A Manitoba organization that helps refugees navigate coming to a new country has locked out unionized settlement workers amid funding issues the organization said it’s trying to address, in part, through employee operational costs.

Welcome Place, also known as the Manitoba Interfaith Immigration Council (MIIC) locked out workers Tuesday morning and said services to clients will still be provided but didn’t elaborate on how that would happen.

The move affects 23 settlement workers whose union said the workers have already taken wage decreases and shouldn’t have to sacrifice anymore.

“The employees really wished to be at work, they showed up this morning to go to work but the doors were locked and they’ve been told that they’re no longer to provide services to the refugees that surely need them,” said Scott Clark, a national representative for the Canadian Union of Public Employees which represents employees at Welcome Place.

“We have no knowledge about what the organization is planning to do with the clients.”

Clark said most of the workers at Welcome Place came to Canada as refugees.

“This is heartbreaking for them,” he said.

MIIC, which is a non-profit organization, lost a major contract it had for decades two years ago in part due to operational and labour costs, according to a statement issued by Shane Henderson, the MIIC’s executive director, and Bruce Waite, the MIIC’s board chair.

“As a result, MIIC had to cut the organization by over 50% to continue to provide services in the areas where funding was maintained,” the statement reads, noting Welcome Place once had more than 55 employees.

Changes have been made at the management level according to Welcome Place but it said more needs to be done.

“We need to realign our employee operational costs to match the internal changes made thus far and the continuing need for cost containment to ensure that Welcome Place can continue its mission to provide services to the refugee community,” the statement reads.

Clark said most employees have already taken a 12.5 per cent wage cut but he said there are more issues the employer is trying to address.

“Things like vacation reductions and similar sorts of issues that we feel are just completely unnecessary and don’t affect the financial viability of the organization,” Clark said.

Welcome Place said it won’t be commenting any further.

According to the statement, the situation emerged before the onset of COVID-19, but Welcome Place said the pandemic has exacerbated it due to international travel bans. The organization said the bans have reduced the number of refugees Welcome Place serves.

According to Welcome Place, the organization and its workers have been without a contract for more than 13 months, which it said is also affecting its ability to develop funding proposals.

“As such, concluding a collective agreement that reflects MIIC’s current funding circumstances is imperative,” the statement said.