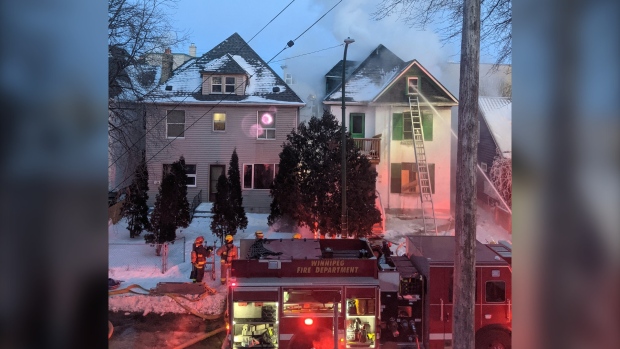 WINNIPEG — One person was taken to hospital after being rescued from a fire in West Broadway Sunday afternoon.

The Winnipeg Fire Paramedic Service was called around 4:30 p.m. to a multi-unit residence in the 100 block of Langside Street.

The city said when crews arrived on scene, flames could be seen coming from the building. An offensive attack was launched, but deteriorating conditions forced crews to switch to a defensive attack.

The city said one person was rescued from the building and taken to hospital in stable condition. Neighbouring homes were temporarily evacuated as a precaution.

The fire was declared under control shortly before 10 p.m.

The cause of the fire is under investigation.